Share
Tweet
Linkedin
769 Views
( 100 votes, average: 5 out of 5)
What do you think about this article? Rate it using the stars above and let us know what you think in the comments below.
Lawyers are constantly chided about “legalese,” a phrase that has come to mean verbosity and pomposity. There is a one word response to these gripes, however, that even the most ardent lawyer hater cannot argue with: precision. Yes, we would like our contracts to read as smoothly as an Elmore Leonard thriller. But it’s much more important that they accurately reflect the parties’ understanding. Doing this sometimes takes more words and a construction more awkward than high school English teachers would like. If you’re a little shaky on the subject, read The Elements of Style by Strunk and White or any of Theodore Bernstein’s books on writing. 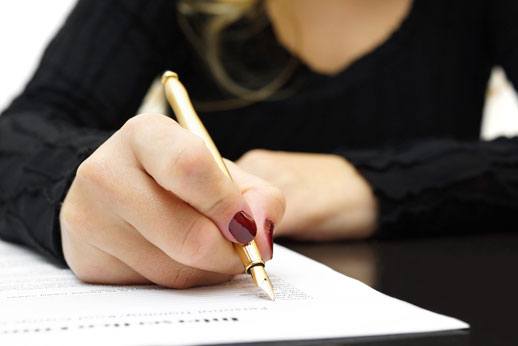 Good legal writing buttons down every variable.  Good legal writing can also result in much more concise documents. There is virtually no end to the minuscule choices of words and phrasing that can make all the difference in the world. These are the finer points of legal drafting, which you will probably not learn until you are in practice. But in your early years as a legal writer, it is important to understand the importance of precision—of translating the thought into words exactly. Lawsuits—multimillion dollar lawsuits—have been won or lost on issues as tiny as the use of one word when another was meant.

Step One: Finding a Topic

The first step is to find a topic. Your paper should analyze a legal issue prominent in the area of law with which the course concerns itself. This means a point of uncertainty; a conflict between or among various courts; or an aspect of the law that you find unjust, outmoded, contradictory, or nonsensical. The corollary of this comment is that your paper should not be a mere discussion of a legal rule or legal history; such a discussion rarely satisfies most professors.

How do you find such an issue? Look at the cases first—not at the law reviews or other articles. And how do you find promising cases? Examine a newsletter or bulletin dealing with the subject matter of the course. Preferably, such a publication should include a small digest of recent cases. United States Law Week is a good source, particularly as it presents current federal cases. “Current” is important because it suggests that the literature has not yet exhausted the topic; “federal” is perhaps more important because it is to your advantage to write about a federal issue, in contrast to a state one, because a federal law topic involves the cases in only one court system whereas a state topic could very well send you roaming through the various laws in a number of states.

Once you have found an issue on which perhaps two circuit courts of appeals have rendered different decisions dealing with essentially the same factual setting or found a single federal case by the Supreme Court or a court of appeals that you feel is subject to intelligent criticism, you have a potential issue.

You can approach the paper in one of two ways. First, you can use the format that a law review would call a “case note” or “case comment,” in which you deal primarily with a single decision that you feel is representative of an overall issue. This tack is best if the professor has set a ceiling on paper length; this case oriented approach is more conducive to shorter papers.

Second, you might take the broader “note” or “comment” approach. The focus of such papers is the whole area of law, larger than an examination of one or two cases. You will discuss the important cases, of course, but will do so in a larger context—there will be perhaps five or six major decisions in your analysis. Moreover, you will research and cite more material from law review articles and outside sources, such as business publications and newspapers, than you would in a case oriented paper.

Armed with your topic and the particular approach you wish to take toward it, buy a large package of four-by-six-inch or five-by-seven-inch lined index cards and a box to hold them in. From your initial research, you will have gleaned a number of case names and articles that deal with this subject. Write each case name, book, article, and the like on a separate card, using the style of the Uniform System of Citation, which you will have bought for your legal research and writing course. In the bottom left-hand corner, write R/S/O (the meaning of which will be explained in a moment).

Once you have read through all your material quickly, you will know in general terms what you want to say in your paper. Refer to the notes you took while reading the material and make a very broad, general outline. It might look something like this:

Under these headings, you will fill in your sources, using some sort of shorthand notation to avoid having to write the entire case names or names of the articles (much like the shorthand you used for your source outline). Read your source materials once again, more carefully this time. Take notes and circle passages as before to pick up thoughts that you missed the first time through. Insert the particular page citations that support your proposition into the outline. When the source is added, mark through the O on the index card’s R/S/O legend (to indicate that the source has been included in the “outline”). This will indicate that you have included the source at least once in your paper. In this way, you can easily find out if you have forgotten to include one of your major sources.

The Body and Conclusion

Now begin to write. A tip for all writers: Don’t start with the introduction; there is an urge to say too much and to be too “creative.” Start with the main body and use the most unadorned, straightforward prose you can muster. Follow your outline and incorporate material from your assembled sources.

Write footnotes on a separate sheet of paper as you go. You need not write out the footnotes fully—just a word or two to identify the source you’re citing and any text you wish to include in the note itself. Every statement, whether paraphrased or directly quoted, that is not your own must be attributed. It is not unusual to have three or four footnotes per paragraph in legal writing.

When you have worked your way through your outline, finish with a brief conclusion.

The paper’s length? The standard line from your professor is: “Why, as long as necessary.” Length never makes up for sloppy thinking (writing economically is vastly harder than writing volumes). But given a good topic and a functional writing style, my advice is to write long.

Next, write the introduction, which should be no more than one or two paragraphs. The introduction states the issue or problem and your solution to it. Avoid quotations, poetry, and other flourishes. Simply state the point you intend to make and be done with it. (The rule of speechmaking applies to law school papers: Tell them what you’re going to tell them; tell them; then tell them what you told them.)

Put all the footnotes in proper form, following the Uniform System of Citation style. If you’ve been indicating citations in this form on your index cards, you can simply copy the reference as it appears there into the footnote. Be sure, however, to include what is called a “jump” citation—the specific page on which the material you cite discusses the point you use for support. If you added any footnotes when you wrote the introduction, be sure to renumber the remaining ones now (a word processor will do this for you). If possible, put the footnotes at the bottom of the page on which they appear in the text. This is a very onerous task with a typewriter (although, once again, a computer does it automatically). If you don’t have the benefit of high technology, it is perfectly acceptable to assemble the notes in an endnote section at the back of your paper.

Thanks for helping me find a job. LawCrossing is better than any other job search websites out there.
Stephen G.