Heather Jung
( 76 votes, average: 4.2 out of 5)
What do you think about this article? Rate it using the stars above and let us know what you think in the comments below.
After three years of pulling all-nighters, cramming for tests, seemingly endless classes, and preparing for the bar exam, law students finally find themselves in what can only be referred to as ''the real world.'' While some students may be offered jobs based on their internships, others will have to scramble to find jobs in which they can put their years of hard work to use. 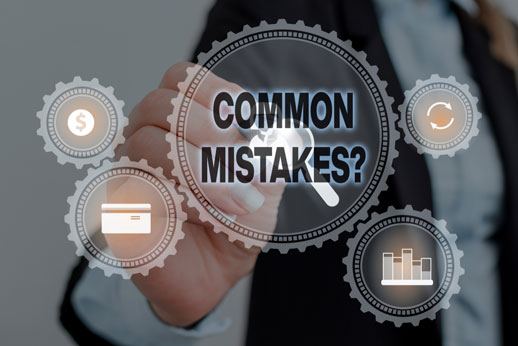 Admissions and career counselor and former Dean of Admissions for University of Chicago Law School Anna Ivey said that there are certain mistakes that a majority of students seem to make when applying for jobs at law firms, and these mistakes can cost otherwise qualified and intelligent students the jobs they were after.


The first mistake students often make is not letting their personalities shine through. According to Ivey, students can be lifeless and too "safe" when talking to interviewers.

"So many job applicants sit there like bumps on a log, and you have to pity these interviewers who have to conduct back-to-back interview sessions for eight hours a day with applicants who don't engage them at all or express any signs of life. That's a very common [mistake]," Ivey said.

Failing to research the company one is interviewing with is another common downfall for students. Employers like applicants to do their research and know a little bit about the companies they are applying to work for. When applying for a job, find out background information about the company, who it represents, who its competitors are, the work it is proudest of, and all other relevant details you can uncover.

"Winging it might work if you're a superstar in your class, but everyone else should do a lot of homework before walking into an interview. It's amazing how much you can glean by trolling employer websites, but so many applicants don't even take the time to do that. Another resource is to talk to fellow students and alums who have worked there, because they have firsthand and inside knowledge about those employers."

The third error students often make is underselling themselves. First-time job seekers often fail to list previous jobs and activities, as well as to explain or put into context various accomplishments. According to Ivey, students often assume "too much knowledge on the part of the interviewer." There are hundreds of awards, scholarships, and organizations that interviewers have never heard of.

"Ultimately, the reader should understand for every entry what the significance of the award or achievement is, and often that's not self-explanatory," Ivey said.

On the other side of the coin, students often go into too much detail regarding jobs that are not related to their careers.

"Another common problem is that many law school students haven't had very glamorous jobs before law school, and that's fine, but then they shouldn't describe in great detail what they did (which is often pretty clerical), but rather, they should focus on what they learned or observed, or what kinds of larger projects or deals they were able to work on, even if their role was a small one," Ivey said.

"You can't just throw stuff in there that looks impressive," Ivey said. "The whole point of doing that is to give the interviewer something to grab onto to get the conversation rolling, and they are going to want to talk to you about that stuff. So anything that you put on your resume is absolutely fair game, and you should be prepared to talk for 30 seconds about anything you put on there."

On her website, Ivey lists five other mistakes students tend to make when applying for jobs.

She says that parents are often too involved in their children's lives. In most instances, parental involvement is not a bad thing, but when it comes to a job interview, advice from parents should be kept to a minimum.

"You'll stand out from the pack as exceptionally mature and professional if you keep your parents' advice entirely behind the scenes; recruiters shouldn't experience any direct involvement by your parents."

With the growing MySpace phenomenon, potential employers are using the website as a hiring tool. Ivey advises job seekers to never post things on their MySpace pages that they would not want potential employers to see. She also says to try "Googling" your name to see what comes up; whatever you see can be seen by employers.

In the hustle and bustle of school, many students fail to do one important thing: utilize their networks. Ivey suggests sitting back and compiling a list of all the people you know. Think about it. If you include all your friends, schoolmates, professors, friends' parents, parents' friends, etc., your list will be substantially longer than you expect. Let these people know you are looking for a job. Remember the concept of "six degrees of separation"? Someone directly in your social network may know a person who knows a person who can help you along on your career path.

Many students forget the value of two simple but very important words: thank you. According to Ivey, if someone goes above and beyond in helping you with your job search, send him or her a short email expressing your gratitude and promising to stay in touch. After an interview, ask your interviewer for a business card, and send an email thanking him or her for taking the time to meet with you. Students often forget their childhood lessons in manners, and being polite is a very simple way to stand out amongst the pool of applicants.

Telephone etiquette is another major factor when it comes to landing your first job. When giving a recruiter or interviewer your phone number, provide the number at which it is easiest to reach you. Most likely, this number will be your cell phone number.

Take a step back and evaluate your voicemail greeting. Ivey says that 90% of the voicemail greetings she hears make poor impressions. Potential employers do not want to hear your favorite song of the day blaring in their ears or your voice shouting the latest catch phrase. Remember the Budweiser-generated "whassup" craze? As entertaining as it may be to you, recruiters do not want to hear that screamed into their ears as they wait to leave you voicemail messages.

Keeping things simple seems to be best when it comes to voicemail greetings. A good greeting includes a simple hello, your name, and a request for the caller to leave a message. If all else fails, most cell phones and business phones have a feature that allows you to simply state your name; an automated recording will tell the caller that you are unavailable and request that he or she leave a message. When answering a phone call from a potential employer, remember that location is pivotal. If you are at a loud game or somewhere else that makes it difficult to carry on a conversation, let the call go to voicemail.

Why do so many people make these mistakes? Although much of Ivey's advice may seem like common sense, interviews are nerve-wracking ordeals, and common sense often goes right out the door.

"Interviewing is scary and uncomfortable. It's a learnable skill, and with practice, anyone can become better at it. I also think laziness plays a role; it is human nature," said Ivey.

While these mistakes can lose a student a prospective job, they are fixable. The old adage "practice makes perfect" may be cliché, but in this case, it is true. Ivey encourages students to practice interviewing. Enlist the help of a roommate, friend, or family member who has had experience with interviews, and have him or her conduct a mock-interview with you. Once the "interview" is over, have him or her give you feedback on details such as voice pitch, body language, and ability to answer questions about yourself. If you don't have anyone who can help you, break out the camcorder and record yourself talking. Once you're done recording, go back and watch for mistakes or areas where you can improve.

Students must also be flexible and patient when it comes to finding jobs. Graduating from law school does not mean you will automatically be offered a job. The process sometimes requires you to search for months before you get an offer.