< Back To All Articles
Share
Tweet
Linkedin
25 Views
What do you think about this article? Rate it using the stars above and let us know what you think in the comments below.
11/22/06

International law firm Vinson & Elkins further expanded its international trade law practice group in its Washington, DC office. The firm added 14 new faces comprising a team of five partners, one counsel, eight associates, and five analysts. The move comes as part of the firm's vision to solidify its position among the world's foremost energy law firms in the international arena. 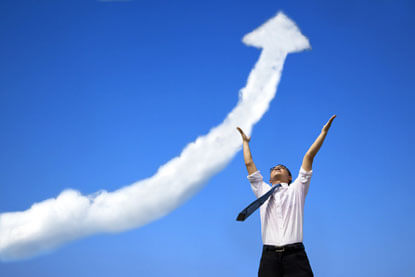 These new additions, led by partners Christopher A. Dunn, James P. Durling, Kenneth J. Pierce, and Daniel L. Porter are noted specialists in all aspects of international trade law. The combined team has a great deal of experience ranging from anti-dumping to advising governments and businesses on trade policy disputes and negotiations for international trade. The group who moved from law firm Willkie Farr & Gallagher is ranked among top international trade attorneys practicing in the country. On their part, the new lawyers are upbeat about the firm's heightened global outreach which makes it a good pedestal for a dynamic international trade practice.

Set up in 1917, internationally renowned law firm Vinson & Elkins has about 700 lawyers in its rolls across the globe offering legal services to a wide array of clients.

Charlotte law firms notch top ranks
The National Law Journal recently declared its annual list of the largest U.S. law firms. Among the biggest movers and shakers were Kennedy Covington and Parker Poe, two well-known mid-sized law firms in Charlotte, who crossed the 200-lawyer mark and also moved ahead in the national rankings.

Parker Poe climbed 29 steps on the ladder with a total of 205 lawyers in its roster, 31 of them added recently. With 22 recent additions, Kennedy Covington Lobdell & Hickman grew to 208 lawyers and moved up 11 places in the ranking. Among the veteran firms, Moore & Van Allen with its 247 attorneys climbed up four places; but Womble Carlyle Sandridge & Rice dropped seven rungs with the desertion of 13 lawyers from its roster. The new additions at Parker Poe practice in commercial real estate, litigation, government, and health-care areas, while at Kennedy Covington, the new recruits look after transactional work such as real estate, financial services, and business law.

Legal pundits at Kennedy state that the firm will not expand for expansions sake, but strive to serve their clients better. Their counterparts at Parker Poe however lay more emphasis on geographical expansion by opening up offices in newer destinations to facilitate its lawyers to serve more clients in newer areas. Among the other notable names who could maintain their position in the list include Nelson Mullins Riley & Scarborough with 379 attorneys; Ogletree, Deakins, Nash, Smoak & Stewart of Greenville with 331 lawyers; and Nexsen Pruet

Adams Kleemeier of Columbia with 182 lawyers.

LawCrossing Fact #145: You can use our site to find jobs near you.