Jones Day
< Back To All Articles

Share
Tweet
Linkedin
1422 Views
( 143 votes, average: 4 out of 5)
What do you think about this article? Rate it using the stars above and let us know what you think in the comments below.
From the plastic covers of cell phones to cruise ship engines to kitchen appliances, General Electric Company provides millions of Americans with many of their everyday items. What began with Thomas Edison's momentous invention of the light bulb in 1876 has now exploded into a 300,000 employee company with $131 billion worth of annual revenue. As the oldest company listed in the Dow Jones Industrial Index, General Electric consistently ranks among the highest ranks of Fortune 100 companies and has recently been chosen as "World's Most Respected Company" in a survey of 903 global CEOs conducted by Financial Times. Despite a wave of corporate distrust after Enron and Tyco, as well as the terrorist attacks of 9/11, CEO and Chairman, Jeffrey R. Immelt appears to be successfully adapting GE to the changing business environment. 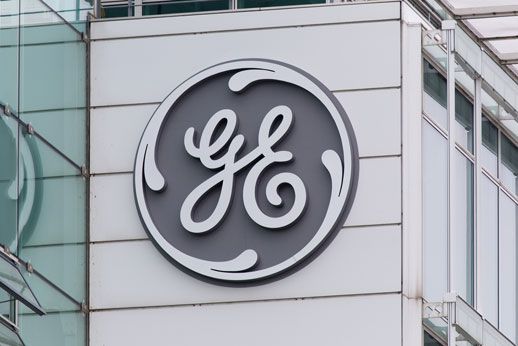 Immelt has maintained the corporation's position as one of America's most admired companies by focusing not only on profits, but company culture. The 11 separate companies within General Electric all follow the corporation's commitment to creating a friendly and pleasant workplace environment. The corporation frequently wins awards for its efforts, including making it onto the list of "100 Best Companies for Working Mothers" by Working Mothers magazine. Minorities also find a hospitable atmosphere at General Electric. The company has created support networks for African Americans, Hispanics, and Asian-Pacific professionals in order to help facilitate their careers. While the offices are understandably infused with corporate and bureaucratic structure, employees find that the structure provides a stable and considerate workplace environment.

With over 950 in-house lawyers as well as top outside counsels such as Sidley Austin and Jones Day, General Electric's legal team is larger than most law firms. Lawyers provide legal advice in every aspect of the company, including GE Insurance, GE Medical Systems and NBC, and in every geographical location, including the Netherlands, Ireland, and India. Newly appointed Vice President/General Counsel, Brackett B. Denniston III manages the worldwide legal operations of General Electric. Previous General Counsel, Ben W. Heineman, Jr., now oversees all legal matters as Senior Vice President of Law and Public Affairs. While both these attorneys work with the encompassing General Electric Corporation, the majority of in-house counsels are hired to work in specific General Electric Companies, such as patent attorneys for GE Global Research or bankruptcy attorneys for GE Commercial Finance.

General Electric looks to hire in all areas of legal talent, including attorneys with corporate, litigation, intellectual property, and real estate law backgrounds. The legal opportunities available at this solid company seem to be limited only by the qualifications of candidates. The difficulty of getting an in-house position at General Electric depends on the particular area of law, but it is certain that candidates should not only have good academic credentials, but also plenty of relevant experience. Some positions require up to 8-10 years of legal experience.

In addition to providing competitive corporate salaries for all its attorneys, General Electric is able to offer a substantial benefits package. The General Electric Health Care coverage includes medical, dental, vision, and prescription drug benefits. And on top of elderly care, child care options and paid maternity leaves, General Electric provides perhaps the greatest bonus of all: stock options. In fact, about one-third of all General Electric's professional employees choose to make use of this advantage. Although its stock prices have taken a dip in recent years, the stability of General Electric stock, as well as its continuous profits, provides a huge incentive for lawyers looking for a change from firm life. General Electric also supplies a plethora of opportunities for attorneys bitten by the traveling bug and often has positions to practice law in foreign places as varied as Bangalore and Dublin.

General Electric currently has several openings in its domestic and international offices, including opportunities for experienced intellectual property, litigation, and corporate lawyers. More information regarding these attorney positions at General Electric can be found in the LawCrossing jobs database.

I found LawCrossing to be extremely useful in my job search. There are many jobs in the category I was looking in.
Steven T.