Law School can help you become a Lobbyist

Anayat Durrani
( 442 votes, average: 4 out of 5)
What do you think about this article? Rate it using the stars above and let us know what you think in the comments below.
You don't need a law degree to become a lobbyist, but that has not stopped a number of lawyers from entering the lobbyist playing field. And though a law degree is an added advantage, it's hands-on experience and who you know that count. 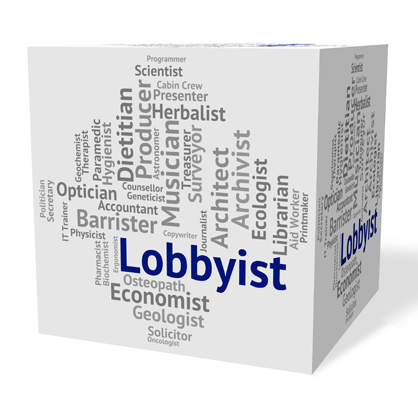 Andrew M. Rosenberg always knew he wanted to be a lobbyist. Prior to entering law school, he worked on Capitol Hill and said he had "every intention of becoming a public policy-focused lawyer."

Rosenberg graduated from the University of Virginia School of Law and joined Patton Boggs, LLP, in 1997, where he continues to focus his practice in public policy, with emphasis on healthcare, technology, appropriations, Native American law, and election law. In March 2002, Influence added Rosenberg to its list of Washington's top lobbyists under 35 years of age.

Having a law degree is a plus, but lawyers who want to become lobbyists must go the same route as non-lawyers wishing to become lobbyists do, said Patti Jo Baber, Executive Director of the American League of Lobbyists. This means working on Capitol Hill or working for another organization in another capacity and transferring into government relations, she said.

"Obviously, experience reading the law is related directly to reading proposed legislation, so it's a grand skill, highly marketable. But many lawyers don't have a clue as to how the legislative process works, which is why Capitol Hill experience is so valuable," said Baber. "Students can prepare by studying the political process, volunteering on campaigns, and through internships."

Paul S. Quinn is a veteran lobbyist. He serves as special counsel to Buchanan Ingersoll, P.C., in Washington, DC, where he is a member of the firm's Federal Government Relations Practice Group. He has more than four decades of experience in public policy advocacy, with a particular focus on lobbying for financial institutions such as Fleet Boston Financial Group. In his extensive career, Quinn has represented large and small companies, individuals, foreign governments, trade associations, and universities on a range of political, legislative, and regulatory issues.

Quinn said most lawyers get their start as lobbyists by either working on Capitol Hill in a Senate or a House office or committee while working in a law firm with a well-developed legislative practice, usually in Washington, DC.

"In my case, I spent almost three years in the early 1960s working with United States Senator Claiborne Pell, a Democrat and close friend of President Kennedy," said Quinn. "Following my Hill work, I joined a small Washington, DC, law firm and helped build it from 7 lawyers to about 50 over a 20-year period. Throughout that time, my practice was a mix of legislative/political work, regulatory issues, and some litigation. I also advised corporations, trade associations, foreign governments, and individuals on a wide range of substantive issues."

Quinn, who graduated from Georgetown University Law Center in 1961, said his law school education at Georgetown did not directly expose him to politics and the legislative system. It was while working part time on Capitol Hill during law school and through networking with several individuals that helped him when he worked as a Senate Legislative Director.

"Students attending law school in the Washington area have good opportunities to work part time, either on the Hill or for law firms or lobbyists if they have an interest in that field," said Quinn. "Lobbying firms, including law firms with an active legislative practice, do hire summer interns and the right kind of organization effectively using a law student could provide benefits to both a student and the employer."

Bambi Osborne is a law student at Regent University Law School in Virginia, where she will graduate in May '06. Last summer, Osborne worked for a large lobbying firm in DC, and this summer she hopes to work at the National Rifle Association. "I would love to be a lobbyist for the gun lobby one day," she said. "However, interning in a lobbying firm is not as hands on as a summer associate position in a law firm. That is simply just not the way the industry works. You have to make connections and get your foot in the door before landing the big job."

She said that while the big law firms do hire summer interns, it can be difficult to secure one of these positions because most are filled with "inside hires." "Just as the industry is all about who you know, so is getting an internship," said Osborne. "I have been extremely lucky, and people have taken a chance on me and hired me. Also, I have interned on Capitol Hill before for both of my state Senators and at the National Republican Congressional Committee, so this helps a lot as well."

In her own experience, Osborne advises other law students interested in becoming lobbyists to call and try to volunteer. She said that unless a student is lucky enough to land an internship with a major firm, it is likely the position will be unpaid. Like Osborne, Rosenberg said only a few lobbying firms take summer interns, particularly those with a lobbying practice. "Smaller, non-law firms are most likely to have non-paying positions for interns that offer greater degrees of responsibility."

Quinn suggests that law students interested in gaining firsthand experience in lobbying check out the Washington Representatives Book, the Legal Times, and others that report on lobbying activities. "Also, large, well-established trade associations offer employment opportunities both for interns and for law school graduates, as do some small organizations formed for a specific policy or legislative purpose," added Quinn.

For future lobbyist Osborne, she's confident that her law school experience has thus far prepared her for a career as a lobbyist. Her advice for fellow law students following the same career path is to be sure to make the most of their educational experiences. "Any classes that can be taken to better one's oral communications and persuasiveness is a big help. A main part of lobbying is to be a successful communicator," said Osborne. "Also, the diligence that law school requires will surely help in this field. You have to be persistent and knowledge[able] about the issues you are lobbying and be a competent liaison to your client as well as to policymakers and their staffs."
Are you looking for In-house attorney jobs in Washington location then visit here for current openings.
( 442 votes, average: 4 out of 5)
What do you think about this article? Rate it using the stars above and let us know what you think in the comments below.

Next generation of workers waking up to workplace realities

Real Challenges of Working in a Large Law Firm

Next generation of workers waking up to workplace realities

Real Challenges of Working in a Large Law Firm