Are You Interested in Working In-House or In a Law Firm: How to Decide the Correct Time to Go InHouse

Teresa Lo
( 305 votes, average: 4.5 out of 5)
What do you think about this article? Rate it using the stars above and let us know what you think in the comments below.
Summary: Going in-house can be both the right and wrong move for many legal careers. 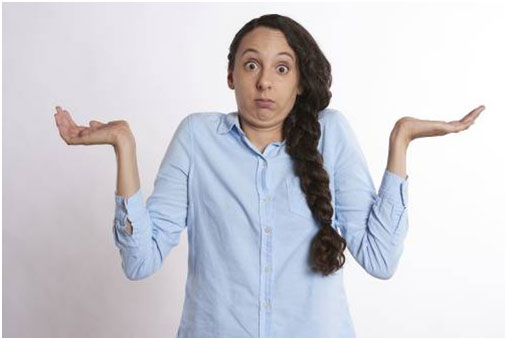 One of the biggest complaints about being an attorney is the stress and long hours. That’s why one in three lawyers reportedly have a problem with alcohol, according to the American Bar Association. But not all attorney jobs are grueling. In-house positions are coveted because of their stability and reasonable schedules, but are these positions as amazing as they seem?


To some attorneys working in law firms, the idea of going in-house at a corporation seems like the brass ring, but is it? The following will examine all aspects of that job to help you determine whether going in-house is right for you.

What is an in-house attorney?

Companies sometimes employ an attorney or a group of attorneys to create a legal department. These “in-house” lawyers are there to provide counsel for business matters, manage transactions, and to oversee outside legal representation. These positions are typically not available to recent graduates and instead go to attorneys who have several years of experience and want to make a lateral move.

Coca-Cola in-house attorney Kat Gibson told The Guardian in 2013 that her legal department consisted of three commercial lawyers, an employment lawyer, a paralegal, and the head of their department. She stated that her duties varied, a common characteristic of the position which favors generalists to specialization.

"I deal with anything and everything from employment and commercial work, advising HR, assisting with projects and litigation, to dealing with trading agreements and marketing," Gibson said.

“At its most basic, the job of an in-house lawyer is to apply his or her legal knowledge and skills to help a company succeed, while identifying and protecting the company against risks,” Yale Law School wrote. “The size and nature of the company will typically dictate the specific role of the in-house lawyer. In smaller organizations, in-house lawyers usually have a general role and are responsible for overseeing all of the company’s legal relationships, including with other companies, government agencies, and investors, as well as internally with employees, management, and directors. In larger organizations, in-house lawyers typically have a specific role, handling the company’s needs in a discrete area of the law.”

How do you get an in-house attorney job?

Recent graduates are most likely not able to get an in-house attorney job. Most major corporations who have in-house counsel are looking for law firm associates with a practice that fits their needs and who are looking to make a move laterally. Georgetown Law stated that although companies may not hire a recent grad right away, law students can work as clerks at these businesses during their summers or sometime during the school year.

Most companies seek mid-level laterals because they are experienced enough but not too expensive. More senior attorney positions in-house exist, but they are more competitive because of scarcity. Companies look for attorneys who have practiced corporate, commercial, employment, intellectual property, or regulatory law and who have skills in negotiation, licensing, and drafting. Large companies may hire litigators to go in-house, but litigation is generally outsourced.

Companies tend to fill in-house positions through referrals, with attorneys they have worked with, or through recruiters. Maryann Lavan, Senior Vice President, General Counsel and Corporate Secretary of Lockheed Martin Corporation, told Practical Law Journal that her advice to potential in-house attorneys was to work on being invaluable.

“On a daily basis, build your reputation as the "go-to" person whose ethics and integrity are foundational,” Lavan said.

How much does an in-house attorney make?

In-house lawyers notoriously make less than attorneys who work at law firms. However, the cut isn’t so drastic to ward off lateral moves. Lawyers may end up making less cash, but that could be supplemented with bonuses, equity, or a more flexible schedule. Stephen E. Seckler, a former recruiter from BCG Attorney Search stated that in-house salaries vary by company and industry, but for attorneys wanting to know how much they should be paid, they should examine several factors:

Seckler said that most attorneys leaving law firms for corporate positions can expect to earn low to mid-100s. Contract counsel may earn much less, and general counsel may have base salaries of around $200,000. This is a pay cut from a law firm salary, but that doesn’t mean that all in-house attorneys are not paid well. Some, in fact, make annual salaries in the millions.

Corporate Counsel’s 2017 General Counsel Compensation Survey said that pay packages at well-funded companies are growing for in-house attorneys. The company compiles a list of in-house attorney salaries each year, based on salary and bonus data that they obtain from public records. They do not include equity or other types of compensation in their survey results.

Corporate Counsel stated the tobacco and entertainment industry were some of the most lucrative industries for GCs and had the top two highest-paid GCs of 2017.

Tobacco giant Altria Group Inc.’s Denise Keane was the highest paid general counsel in 2017 before she retired in June of that year. According to Corporate Counsel, she earned more than $9 million in cash, which included a base salary and bonus. In second place was general counsel of The Walt Disney Company, Alan Braverman, who brought in a little under $7 million.

“The GC role is being embraced as part of the leadership team and their sphere of influence has really expanded,” Lee Udelsman, managing partner of Major, Lindsey & Africa said. “Compensation reflects that and has continued to rise over the past five, six, seven years.”

What do you do after you’ve been hired?

Starting any job can be awkward. No matter how much work experience you have, you are still navigating a new world with new faces. Like at any new job, take a few weeks to acclimate yourself to your new surroundings. Familiarize with documents you will frequently be using, and get to know the key people on your team or who’ll you be corresponding with the most.

Experts also advise learning as much about your company and industry as you can, not just the legal or regulatory aspects. Also, if you aren’t a member already, considering joining the Association of Corporate Counsel (ACC). The professional organization is for attorneys who work in-house, and they provide resources and networking opportunities to their members.

As an in-house attorney, you are more of a generalist, and you’ll be required to have both hands in a little bit of everything. It helps to find a mentor to help guide you in your role, but if you cannot find one, you can network with the ACC.

What are the positives to becoming an in-house attorney?

Attorneys who work in-house at corporations often say the best thing about their job is not having billable hours, the aspect of law firm life that keeps people working sometimes 60-70 hours a week. While some mistakenly think that in-house attorneys have a cushy 9-to-5 life, that is not always the case. In-house attorneys are busy juggling multiple matters at once, filling their days. However, in-house attorneys have the luxury of only servicing one client—their employer; and once they have a grasp on what that client wants, a more predictable schedule can emerge.

Another plus of working in-house is that the work is often more interesting than law firm tasks. In-house attorneys get to work on a variety of aspects of their company, and each day is different than the day before.

Critics of in-house attorneys say that they lose skills over time because of their generalist ways, but in-house attorneys may argue that they actually get to practice law more than private practice attorneys because they do not have to worry about business development. All they have to worry about is practicing law for their one client. This focus allows them to get to know their client’s needs and better understand the company’s business strategy and goals.

What are the negatives to becoming an in-house attorney?

“Once you make the jump [to in-house], it can be very difficult to return to private practice primarily because law firms will question your commitment to returning on a long-term basis,” attorney Gloria Noh Cannon wrote in an article on LawCrossing.

In the short-term, in-house attorneys have complained that their legal department is underfunded in comparison to their law firms. For instance, some legal departments consist only of one lawyer, which means that attorney must now do his or her work plus that of a paralegal.

The idea that in-house attorneys work less than their law firm comrades is not true, say those in the position. In-house attorneys do not have billable hours, but they must still meet goals, and with less resources, this can equate to more time spent working.

Going in-house is great for some, but a mistake for others. Because attorneys who go in-house often cannot return to the law firm world, they must carefully decide that this is the right choice for them before diving into the role.

“A significant portion of the attorneys contacting us are attorneys whose most recent experience is in an in-house legal department,” Harrison Barnes of legal recruiting agency BCG Attorney Search said in this article. “We rarely are able to help these attorneys transition into a law firm because law firms simply do not want them-regardless of how good of a law school they went to, or how stellar their last law firm was. The market tells the story: Once you go in-house you had better understand that you will be very unlikely to ever practice law with a large law firm ever again.”

Barnes is one of the leading legal recruiters in the United States, and he has placed thousands of attorneys in positions. His experience has shown him that there is a perception that in-house attorneys are not committed to law firm life and that they are unmarketable because they did not specialize in one practice.

“Most law firms demand their attorneys specialize very early in their careers and continue as specialists in one practice group or another throughout their careers. As a generalist, you will be an expert in nothing. While you may find it more interesting to participate in several different types of work, over time you will simply be making yourself increasingly unmarketable to law firms,” Barnes said.

Barnes added that this generalist perception is not the case for in-house attorneys in industries such as real estate or technology, and some in-house counsel who no longer wanted their jobs have been successful in transitioning into other positions.

Additionally, this big negative only applies to those who may want to return to private practice. For others, going in-house is a dream job and the right choice for their career goals.

( 305 votes, average: 4.5 out of 5)
What do you think about this article? Rate it using the stars above and let us know what you think in the comments below.

What It Means to Be a Corporate Lawyer

Had Enough of Law Firm Demands and Grueling Hours? Become an In-House Counsel

What It Means to Be a Corporate Lawyer

Had Enough of Law Firm Demands and Grueling Hours? Become an In-House Counsel