Related Articles
University of Minnesota Law Students See Courts in Action Through Judicial ExternshipStandards for Assessing Law SchoolsQ & A: How to Make the Most of Your Years in Law School

Quinn Emanuel Urquhart & Sullivan, LLPTuition and Fees at the Top 50 US Law Schools
< Back To All Articles

Share
Tweet
Linkedin
621 Views
( 81 votes, average: 4.5 out of 5)
What do you think about this article? Rate it using the stars above and let us know what you think in the comments below.

Summary: Learn how to prepare yourself as a second-year law student for summer associate interviews. 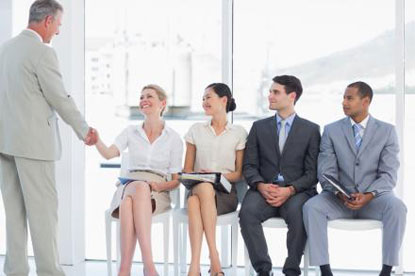 It's October, when second-year law students try to persuade the nation's leading firms that someday soon they'll be worth 160 grand. They have less than 30 minutes.

Few experiences, besides fraternity rush week, can prepare you for the adventure of the summer-associate interview. While many attorneys fondly recall the bars and the ballgames, they tend to forget how they suffered to get invited to the festivities.

Although it was about two decades ago, my memories of the fall interview process are still fresh. Firmly ensconced in the great unwashed middle of my class, I knew my chances of an offer – in what was then a lousy job market – were not great. Yet I hoped that some open-minded firm would look beyond my mediocre grades and realize that I had the potential to be an outstanding attorney.

That didn't happen. But I can proudly say that I was turned down by many of the finest firms in the country. One firm even dinged me twice.

Yes, I did keep my rejection letters. I imagined that one day, one of those same firms would beg me to become a partner (after my distinguished tenure as attorney general), so I could prominently display that "you have impressive credentials, but ..." letter on the wall of my corner office.

All told, I went 3 for 30 with firms during the fall of my second year. That experience made it all the sweeter five years later (after finagling my way into a major New York firm) when I had the opportunity to grill prospective summer associates. Lunch at Morton's tastes much better when someone else does the groveling.

Having sat on both sides of the table, I offer these words of advice as the recruiting season gets under way:

TIME IS MONEY. And there's not much time to make the most important sales pitch of your career. Most on-campus screening sessions last less than a half-hour. You have to appear bright but not too arrogant, interested but not too desperate, and hard-working but not actually a grinder.

And don't forget Ted Kennedy. His 1980 White House bid never recovered after he couldn't succinctly explain to a reporter why he wanted to be president. Don't make the same mistake when asked why it has been your lifelong dream to work for Craven, Greenback & Billings LLP.

DRESS THE PART. Some firms, having gone full-time business casual, now encourage applicants to do the same. But there's a fine line between hip and disrespectful, so choose your wardrobe with care. Even California firms are not quite ready for leather or nose rings. And one ancient tradition still applies: An attractive woman with so-so grades who shows up in a miniskirt will get a second look. (An Armani suit on studly-but-slow still doesn't reap the same rewards.)

WATCH THOSE WISECRACKS. Some schools, like Georgetown, hold their interviews at a nearby hotel. Though it's disconcerting to get behind closed doors with someone of the opposite sex in what is essentially a bedroom, you have to refrain from the obvious jokes – even if the sheets are rumpled or the interviewer is wearing a robe.

KNOW THE FIRM. While you may have four interviews in a single day, you should learn something about each potential employer. Otherwise, you may end up in a classic trap:

A: Yes, litigation is one of my hobbies!

Q: That's too bad. We specialize in administrative law and rarely litigate.

DON'T MAKE LIKE J. EDGAR HOOVER. While it's prudent to look up your scheduled interviewers in Martindale-Hubbell, you shouldn't appear to know too much of a personal nature. Before one interview, I learned that the firm representative was turning 29 that day, so I wished him a hearty "Happy Birthday" as our meeting concluded. He winced.

PROTECT YOUR GOOD NAME. If you revise your resume on a computer in a public place, never leave it unattended – even for a minute. When I was clerking for a Maryland state judge, we received a letter from a local law student who had applied to dozens of employers before realizing that someone had cruelly added "This was so f---ing boring" to a job description on the second page of her resume.

LEARN FROM NIXON IN THE 1960 PRESIDENTIAL DEBATES. Wear loose-fitting, lightweight clothes. It's better to freeze than to sweat profusely.

THERE'S NO SUCH THING AS A FREE LUNCH. During call-backs, you'll likely be taken to a pricey restaurant. Be sure to order the least messy entree on the menu. On an interview at an Italian bistro, I thought I was smart when I chose Chicken Marsala instead of lasagna, until the white wine sauce found its way onto my tie.

I also have a few pearls for the associate interviewers about "what not to do."

HONESTY IS NOT ALWAYS THE BEST POLICY. As much as you might hate your job, candidates expect you to talk up the firm. Resist the urge to shout, "Run away!" You can always chat about the firm's pro bono projects, even if you've never had time to participate.

ASSUME THAT YOU'RE WEARING A LIVE MIKE. Everyone knows that you're not supposed to inquire about a candidate's marital status, family plans, or religion. But you would be surprised how many lawyers, even those who practice employment law, ask incredibly inappropriate or just plain odd questions.

A fellow alum, who went to Yeshiva University before going to law school, was stunned when an interviewer from a Boston firm stated, "I still do not think Israel should be its own country."

Here are a few other strange but true examples:

DING WITH CARE. Of course, non-lawyer staff members automatically reject anyone with grades below a certain threshold, but it's important to maintain the illusion that a committee of lawyers actually examines every resume. Wait at least a day or two after an interview before mailing the rejection. And be sure to remove the coding (e.g., rej/let) at the bottom so it's not immediately obvious that it's a form letter.

After all, everyone knows that the selection process is "very competitive" and that the "extraordinary" number of "highly qualified" applicants always exceeds the available positions.

I appreciate LawCrossing's help, which led me to a number of interviews. Thank you for your support!
Michelle

LawCrossing Fact #149: Come to our site to search for jobs on other job boards and websites; you will save yourself time and energy!