What do you think about this article? Rate it using the stars above and let us know what you think in the comments below.
Summary: Learn about the different areas of intellectual property law and read summaries of sample cases in each area to learn more about what each involves. 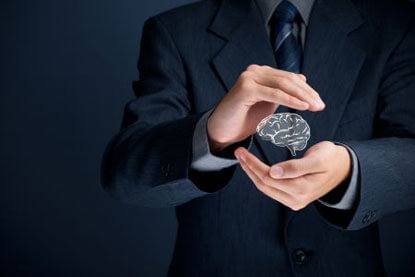 Valuable intellectual property generally does not suddenly or magically appear. The best business ideas are often the product of careful research and development. Artistic and literary creations frequently result from months and years of creative effort. The adoption of a trademark may be preceded by expensive consumer surveys and a diligent search to identify previous uses of similar marks.

Sovereign entities grant patents to inventors as incentives to encourage progress in applied science. The need for these incentives is almost universally recognized in the fact that patent systems now exist in most of the industrialized, and even some developing, nations of the world.

The framers of the U.S. Constitution saw the need to encourage and reward inventors and authors. They adopted a provision specifically authorizing Congress to enact a statute "to promote the progress of science and useful arts, by securing for limited terms to authors and inventors the exclusive right to their respective writings and discoveries." A U.S. patent grants the owner the right to exclude others from making, using or selling the patented invention in the U.S. for seventeen years from the date the patent is granted.

Patents are granted by the U.S. Patent and Trademark Office (USPTO), a branch of the Department of Commerce, for inventions of new and useful compositions, machines, articles of manufacture or processes. (There are also special types of patents available for new plant varieties and new ornamental designs for manufactured articles.) The USPTO carefully examines each application for a patent, and grants protection for those inventions that meet stringent legal standards. The invention must be useful and novel (i.e., not previously known or used), and must not be obvious over what is already known.

Corporations invest millions (some even billions) of dollars in developing new products and production techniques. Every such investment is a gamble. Such investments would not be made if competitors could copy successful innovations and creative works of others at will. The limited duration of a patent gives successful inventors a necessary head start in recouping the fruits of their investment, thereby enabling them to invest in further research.

Patents are property. Patent rights may be sold and licensed. Many corporations, research organizations, and individuals, as well as the Federal Government, own patents. Sometimes they own substantial banks of them. The power of important patents is illustrated by the following examples:

Like patent protection, copyright protection in the U.S. is conferred by federal law, based on a specific provision of the Constitution. Federal copyright protection applies to literary, musical and dramatic works, pictorial, sculptural and audiovisual works, and other kinds of works of authorship, including computer program expression. Copyright protection for works created today begins when the work is first "fixed in a tangible medium of expression," i.e., written down or otherwise recorded. It lasts for the life of the author plus fifty years.

Like a patent, a copyright is considered to be property, and may therefore be sold and licensed. Claims to copyright may be registered in the Copyright Office, a branch of the Library of Congress, located in Washington, D.C. When a copyrighted work is published, well-advised copyright owners place a notice of copyright on the copies of the work as a warning to would-be copiers. Such notice may consist of a "c" enclosed by a circle, the date (at least the year) and the name of the copyright owner.

From 19th-century photographs to 20th-century computer programs, U.S. copyright law has protected artists and authors in numerous ways. For example:

The popular Lotus 1-2-3 computer spreadsheet employs a visible menu command system that has a unique structure, sequence and organization. When a rival company copied this element of the program, a court held that the element was protected by the Lotus copyright, and the would-be copier was forced to devise its own menu.

A trademark is a word, a group of words or a logo that is used in connection with the sale of goods to distinguish them from those made or sold by someone else. Words and logos are also used in the sale of services, such as those offered by insurance companies, hockey teams and rock groups; such marks are called service marks.

By using a trademark or service mark in the sale of goods or services, the owner of a mark acquires the right to exclude others from using a similar mark on other products in a way that is likely to confuse the purchasing public. This is a valuable right to a business entity, because of the time and effort invested in building public goodwill in a product and the mark. Trademark protection also protects the public against the consequences of confusion, buying something which they believe to be one thing when in fact it is something else.

An example of a trademark infringement case in the past is:

Geoffrey Inc. v. Stratton, 16 U.S.P.Q. 2d 1691 (D.C.Cal.1990) Plaintiff Geoffrey, the owner of TOYS-R-US® and KIDS-R-US® stores, sued Stratton for trademark infringement as a result of the operation of its PHONES-R-US store. Since 1960, Geoffrey had used marks containing the "R-US" suffix for children's toys, furniture and other goods. Stratton, the "junior" user of the "R-US" suffix, sold retail telephone sales and services. Finding infringement, the court explained that even without registration of the "R-US" suffix per se , that suffix was exclusively associated with Geoffrey by virtue of its family of "R-US" marks. Because the court found that the PHONES-R-US mark was designed to confuse the public and trade upon Geoffrey's goodwill, Stratton was found liable.

Trademark protection is recognized under the laws of individual states and is enforceable in state courts. Marks may be registered with state administrative agencies, usually the Secretary of State.

Such well-known trademarks and service marks as Coca-Cola®, Kodak®, Buick®, Kellogg's®, Burger King®, Reynolds Wrap®, Jell-O®, Xerox®, Motorola®, AT&T®, Michelob®, Exxon®, Polaroid®, Visa® and Sanka® are widely recognized by consumers as reliable signals that a product or service offered for sale originates from the same source year after year, and that the quality of the product or service will not vary. Business competitors invest millions of dollars in advertising to publicize the goodwill that marks represent. Consumers identify such marked goods as having particular characteristics and merit. In our market economy, trademarks play a critical role in the language of advertising. Competition would indeed be cumbersome and impractical without them.

Business competitors are sometimes victims of industrial espionage that takes the form of theft of business ideas and methods. Trade secret protection is a sturdy shield against such tactics.

A trade secret is an idea or information that has commercial value because it is not widely known. "Trade secret" is a broad concept that includes a wide variety of business methods, processes, machines, formulas, patterns and techniques that are kept secret from one's business competitors.

Trade secret protection is acquired as soon as the idea or information is created, and lasts for as long as the information is protected as, and remains, a secret, under applicable statutory provisions. Trade secrets are protected primarily by the laws of the several states. Protection is available against anyone who steals the secret or uses it without permission. Many states have criminal statutes outlawing theft of trade secrets.

Although trade secret protection is potentially perpetual, it does not prevent someone else from discovering the information independently by proper means, such as "reverse engineering" of a product that has been sold on the open market. However, applicable copyright or patent laws may preempt use of a reverse engineering discovery.