( 95 votes, average: 4 out of 5)
What do you think about this article? Rate it using the stars above and let us know what you think in the comments below.
Americans for Effective Law Enforcement (AELE) 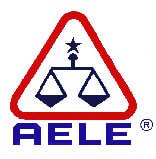 Disillusioned by the Warren Court's liberalization of criminal law, several law professors and officials in the Chicago area created the Americans for Effective Law Enforcement in 1966. Their goal was to respond "to the success the ACLU and other civil liberties groups were having" in the Supreme Court by litigating on behalf of law-abiding citizens (Epstein, 1985, pp. 92-93). Today, the AELE views itself as an apolitical organization seeking to inform the public about crime problems in the United States.

To accomplish this objective the AELE participates solely as amicus curiae in litigation, filing briefs to bolster prosecutorial arguments. As of January 1988, it had appeared as amicus curiae 81 times in the U.S. Supreme Court and 36 times in other courts. Among its most important cases are: United States v. Ross (1982), in which the Court, by adopting AELE arguments, upheld a full car search based on probable cause; Illinois v. Gates (1985) in which the justices gave law enforcement officials wide latitude to conduct searches based on anonymous tips; and U.S. v. Leon (1984), in which the Court created the "good faith" exception to the exclusionary rule.

In writing its amicus curiae briefs, which routinely are joined by the International Association of Police Chiefs and the National District Attorneys Association, the AELE often marshals statistical evidence and arguments presented in law review articles by staff members. In South Dakota v. Opperman (1976), for example, the AELE argued that car impoundment searches conducted by police "rarely" helped them to obtain evidence. It reinforced this conclusion with a survey of 200 law enforcement agencies, which Chief Justice Burger cited in his majority opinion.

In addition to its litigation, the AELE's $519,000 budget allows it to perform an array of other activities: conducting workshops for law enforcement officials, writing model legislation, and publishing the Jail and Prison Bulletin.

Law Students can take the opportunity for Internship season

Law Students can take the opportunity for Internship season