By Google+, Follow Me on
( 131 votes, average: 4.7 out of 5)
What do you think about this article? Rate it using the stars above and let us know what you think in the comments below. 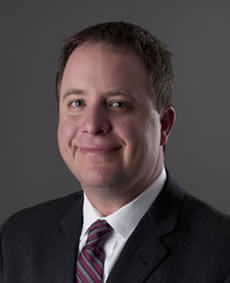 Jason E. Luckasevic is a partner at Goldberg, Persky & White, P.C. in Pittsburgh, Pennsylvania. He started his legal career handling asbestos cases. Over the years, Mr. Luckasevic progressed into personal injury cases, medical malpractice claims, and wrongful death cases. He currently spends most of his days litigating head injury cases against the NFL, NCAA, and other organizations.


Mr. Luckasevic is the first attorney to file a concussion case against the National Football League (NFL). He is currently representing 525 clients in a lawsuit against the NFL. The league said they would pay $4 million to the families of men who died from CTE before July 7, 2014. Players who were diagnosed afterwards will receive nothing. The settlement will affect 20,000 retired players, although analysts estimate that just 12,500 players will participate.

What is the current status of the lawsuit Mr. Luckasevic filed on behalf of his clients?"We are awaiting final approval hearing by Judge Brody on November 19th."

Is he pleased with the outcome of his case(s) against the NFL? "It is bittersweet. It is great because no one thought we would ever make a penny. But, it is lacking in compensation values and criteria of the injuries of the players."

I asked Mr. Luckasevic what is an important case or issue relevant to his practice area? "Being the lawyer who started the NFL concussion litigation."

Mr. Luckasevic continued to say, "I was able to piece together a case that no other lawyer in the country was interested in. Today, not only did I receive justice for the brain injured retired players, but I also saved the lives of millions of kids who play the game of football by creating awareness regarding concussion injuries."

What is the sexiest case he worked on? "I once handled a case similar to the movie 'Philadelphia' where an insurance company cancelled LTD (long term disability) benefits for an AIDS victim.  Needless to say, I was able to quickly reinstate those benefits."

Mr. Luckasevic was born and raised in Charleroi, Pennsylvania. He received his B.A. from Washington & Jefferson College in 1997, graduating in three years with majors in English and Political Science. Mr. Luckasevic also earned his JD from Duquesne University School of Law in 2000.

When asked about his family, he said, "My wife is my biggest fan and supporter. She is also the best lawyer that I ever met even though she is retired from the practice of law. We have two wonderful girls (Addison, age 7) and (Alexis, age 6)." When Mr. Luckasevic isn't working, he loves golfing, biking, and vacationing with his family. He also enjoys the works of James Patterson, Michael Connelly, and Malcolm Gladwell.

Did Mr. Luckasevic receive any awards, participate in any internship or have other experiences influential in his decision to go into the law? "Yes. I worked at Bassi & Associates, which lead me to enjoy and appreciate the practice of law while I was in college."

Does he have a most memorable law school experience? "Passing the bar."

How long has Mr. Luckasevic been an attorney? "14 plus years."

Why did he decide to become an attorney? "Because of my passion and ability to influence people."

What is the best part of Mr. Luckasevic's job? "Helping people receive justice for their injuries."

What is he known for professionally? "I am known for my integrity, personality and fairness."

What are Mr. Luckasevic's strengths and weaknesses as an attorney? "My strength is influencing people. My weakness is researching and writing."

What area of the law is he most passionate about? "Brain injuries. These victims need more help than you can imagine."

If he were not a lawyer, what would Mr. Luckasevic most probably be doing? "Teaching college."

What motivates Mr. Luckasevic to be an attorney every day? "Helping people who need an advocate."

How does he want to be remembered? "I'm too young to worry about that right now."

Is he involved with any non-profit organizations? "I am on the board of directors of the Brain Injury Association of Pennsylvania."

Does he have goals? "To make sure that my children have the best opportunities in their lives. Professionally, I hope my career helps me to be able to retire with my family with water, sand and golf courses nearby."