Share
Tweet
Linkedin
234 Views
( 31 votes, average: 4.4 out of 5)
What do you think about this article? Rate it using the stars above and let us know what you think in the comments below. 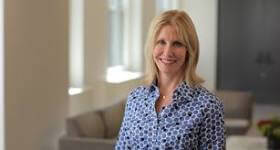 According to a Law Technology News article, "LegalTech Tackles E-Discovery and Cybersecurity," LegalTech West Coast kicks off on June 24, 2014 at the Westin Bonaventure Hotel in Los Angeles. They will provide two days of jam-packed informative panels. The opening day starts with what should be a stimulating keynote, which begins at 9 a.m. ("Navigating Today's Cyber Environment: How Secure Is Our Data?"). Panelists will talk about client confidentiality in light of National Security Agency surveillance of United States law firms exposed by Edward Snowden, as well as the technology that is accessible to protect firm and corporate data from malevolent hackers. One of the panelists includes Judy Selby, a Partner at BakerHostetler, in New York.


I asked Ms. Selby how she got involved as a panelist. "I do a lot of publishing and speaking in those emerging areas, and so I was quite honored when I was asked to join such an accomplished panel."

What does she hope people will walk away with after listening to the discussion? "The key takeaways hopefully are recognition of cyber security issues. Like any problem, awareness of the issue is the first step towards addressing it."

Ms. Selby is co-chair of BakerHostetler's Information Governance Team and she established the Technology Management and E-Discovery Team. She also defends class action suits. On December 26, 2013, Ms. Selby won the complete dismissal of a data breach class action (Polanco v. Omnicell, Inc., Civ. No. 13-1417 NLH/KMW). She has extensive experience in international arbitrations, which includes a three-week hearing in London concerning a pharmaceutical coverage claim under the Bermuda policy form. Ms. Selby has tried cases in state and federal courts, which includes a successful ten-week trial on the matter of expectation and misrepresentation of injury. She regularly speaks and writes about information governance, data breach, cyber security, cutting edge privacy, insurance coverage and cyber insurance matters. Ms. Selby also earned a certificate in the management of Big Data from the Massachusetts Institute of Technology (MIT).

She has more than twenty years of experience in large scale first- and third-party complex insurance cover issues, delivering a full range of services from international arbitration, settlement negotiations, broker liability, claims counseling, coverage gap analysis, opinion work, and all phases of litigation. Ms. Selby is a member of the Claims and Litigation Management Alliance (CLM), the Defense Research Institute, the Professional Liability Underwriters Association, the Editorial Advisory Board of Law Technology News, and the Law360 Insurance Editorial Advisory Board.

Ms. Selby was born in Hartford, CT, and raised in Brooklyn, NY. She received her B.S. from The College of Mount Saint Vincent in 1980 and earned her J.D. from Brooklyn Law School in 1992.

When the fearless attorney isn't working, she enjoys professional basketball, football, tennis and golf. Ms. Selby is an avid Yankees fan. When asked about her favorite books, she replied, "I read mostly non-fiction, often about history and politics. I really enjoyed The Presidents Club, which is about the relationships among former and sitting presidents. I learned a lot of things I otherwise would not have known from that book."

Does Ms. Selby have a most memorable law school experience? "I was preparing for a big moot court competition and raised an issue with our coach that I was having trouble with. I was assured not to worry because that issue would never come up at the hearing. It did. I learned then to trust my gut, regardless of what others say."

Why did Ms. Selby decide to become an attorney? "I had been working as a trainer and a coach, and I went to law school after my 5th knee surgery. It's probably not the most common path to law school."

She specializes in complex commercial insurance coverage litigation, privacy and class action defense. What motivated Ms. Selby to specialize in this particular area of the law? "Insurance coverage is incredibly varied and interesting. Aside from the insurance issues, the cases involve whatever issues arose in the underlying case, such as pharmaceutical liability, construction defects and the conduct of corporate officers and directors. And insurance is front and center in the areas of privacy, data breach and cyber security."

What is the best part of her job? "The mental challenge, the variety and ability to be involved in emerging areas."

What is Ms. Selby known for professionally? What does she have a knack for? "I'm known for really digging into my cases and knowing the facts as well as anyone. I also have a knack for finding great expert witnesses. I'm frequently referred to as a prolific writer, and I have to say that's an accurate description."

What area of the law is Ms. Selby most passionate about? "Cyber and privacy issues are fascinating to me. Front page news is our case work."

If she were not a lawyer, what would she most probably be doing? "Playing centerfield for the Yankees is probably not in the cards, so I'd likely do work with or for children."

Ms. Selby has tried cases in federal and state courts involving business interruption, bad faith, and environmental liability claims, including a successful 10-week trial on the issues of misrepresentation and expectation of injury in a high-stakes insurance coverage case. Does she have a case that stands out? "The 10 week trial stands out the most because we won almost literally against all odds. The teamwork among the lawyers was amazing and led to a great result."

Ms. Selby recently won the dismissal of a data breach class action in Polanco v. Omnicell, Inc. What does this case mean for her? "This case was important because it involved an important and evolving area of the law and because we successfully argued for application of a recent Supreme Court case that was decided in a different context. We are proud of that win."

Ms. Selby frequently writes and speaks on cutting edge privacy, data breach, information governance, cyber insurance and insurance coverage issues. Will she continue her writing and speaking engagements? "I will. People are hungry for good information about these issues and working hard to understand their cyber risks and ways to mitigate them. The cyber risks we're currently confronting are kind of like the Wild West, so it's important for companies to recognize the threats and try to position themselves to avoid or mitigate as many risks as possible."

What motivates Ms. Selby to be an attorney every day? "I am constantly learning and I challenge myself. I am never complacent."

What I love about LawCrossing is that it is well organized and updated on a regular basis.
Lise