Share
Tweet
Linkedin
64 Views
( 10 votes, average: 4.1 out of 5)
What do you think about this article? Rate it using the stars above and let us know what you think in the comments below. 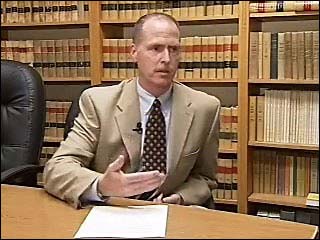 Alex Gardner, the District Attorney of Lane County, Oregon has announced that he is ending a bad check program that helped businesses recover financial losses from people who intentionally wrote bad checks which they knew they wouldn't be able to cover. As reason for ending the program, Gardner pointed out a small change in the wording of the relevant state law, which would make continuing the program too expensive for the DA's office.

The move was somewhat akin to springing a surprise because Gardner himself had worked with state Sen. Floyd Prozanski to draft the new law. Prozanski told the media, "I'm somewhat surprised and dumbfounded to learn now that we've got a problem with this."


According to Gardner, the change in the new law places restitution in bad check cases into the same class as consumer debt and moves them into the ambit of the federal Fair Debt Collection Act. Under the circumstances, the costs of collecting restitution would multiply and attempts to do so may expose the county to a lawsuit.

The county check enforcement program has so far helped businesses get back more than $250,000 in restitution since 2004. However, the new law, which would be effective from January 1 makes continuing the program untenable.

Gardner told the media, "If there's even a 20 percent chance we might fall afoul of the Fair Debt Collection Act, then we simply can't risk it." Already, a quarter of prosecutable felony cases are dropped because of underfunding at the DA's office.

Check enforcement programs like the one that is ending are usually diversion programs and allow the accused to avoid prosecution by paying the amount with fees and enrolling in an education program.

LawCrossing is the wonderful service which sends you the daily email alerts and that's the best part about it.
Anna

LawCrossing Fact #160: Our database is massive; sign up to see what job options you really have!