Share
Tweet
Linkedin
146 Views
( 19 votes, average: 4.5 out of 5)
What do you think about this article? Rate it using the stars above and let us know what you think in the comments below. 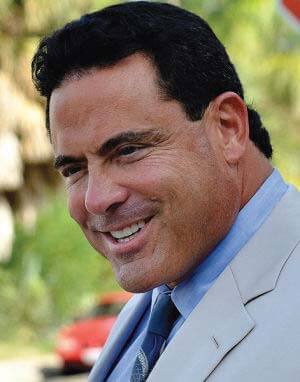 Austin attorney Marc G. Rosenthal, who has been convicted of racketeering and sentenced for a 20-year prison term, is appealing his conviction. Rosenthal was convicted of bribing former District Judge Abel C. Limas to obtain favorable court rulings. He was also convicted for paying people to make false statements, act as false witnesses and provide false testimony in civil lawsuits.


Besides sentencing Rosenthal to 20 years in prison, Judge Hanen also ordered him to make a restitution of $13,288,984 and recommended that he be placed at a facility where his medical needs could be taken care of properly. Limas, who received the bribes as judge, was sentenced to six years and is currently in a federal prison camp in Penascola, Florida.

Another person convicted and sentenced in the high-profile case is former state Rep. Jim Solis, who received a four-year sentence for aiding extortion. He is currently serving time in a federal prison camp at Forrest City, Arkansas.

Other people involved in the case include Jose Manuel "Meme" Longoria, who has been sentenced to 10 years in prison on counts of extortion plus aiding and abetting wire fraud, and former Cameron County District Attorney Armando R. Villabo, whose motions for acquittal or a new trial are still pending.

Rosenthal has appealed against his conviction and sentencing to the U.S. Court of Appeals for the Fifth Circuit earlier this month. Possibly, like Villabo, he would be arguing for acquittal or a new trial.

LawCrossing has a huge volume of legal job postings, infact the highest number as compared to other sites visited by me.
Thomas