By Nabeal Twereet Follow Me on Google+
( 19 votes, average: 3.9 out of 5)
What do you think about this article? Rate it using the stars above and let us know what you think in the comments below. 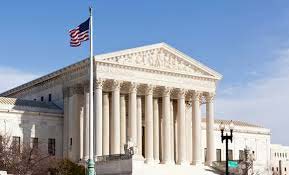 According to Howard Mintz's editorial featured in the San Jose Mercury News, "Government shutdown: Federal courts continue at full speed," the U.S. government shutdown started this week, and a federal judge joked about it with United States marshals. The judge said they shouldn't get rid of the contents of a recycling bin that was close by. He was joking about how they needed to save every penny available because of the government shutdown. Honestly, the country's federal court system hasn't radically been affected yet by Washington's gridlock. The AP article notes that the shutdown hasn't halted the federal courts in Northern California or in other parts of the U.S. The "wheels of justice" have been moving along slowly lately, but they are still moving.

Throughout California and the nation, tourists have been turned away from national parks and landmarks. But the AP column acknowledges that the federal courts will be functioning normally until October fifteenth. After that date, most court officials and judges anticipate an indiscernible effect on the federal legal system if Washington's deadlock continues to drag on.


Cathy Catterson, the top administrator for the San Francisco-based 9th U.S. Circuit Court of Appeals, which covers nine Western states, including California, told the San Jose Mercury News that "Court sessions are going to continue, we'd continue to man the courts." The AP editorial went on to discuss how the political spectacle will not hinder San Jose's antitrust lawsuit against Major League Baseball. U.S. District Judge Ronald Whyte will preside over the hearing, which has been set for Friday, October fourth. The federal courts are considered "an essential government service," and they are projected to continue functioning, just like they did when there was a government shutdown during the Clinton administration.

The AP article pointed out that court employees might have to work without receiving a paycheck until the White House and Congress can resolve their differences. Federal law enforcement and federal court employees are concerned about their wages if the October fifteenth funding deadline passes.

The AP column mentioned that the U.S. Supreme Court, which began its term this month, will continue to allow people to visit the court during the government shutdown. Although the high court hasn't reported how it will operate through the shutdown, they don't plan to cancel cases that are planned on being argued in mid-October. Other federal courts in the Bay Area are functioning near or at full strength. For example, the AP editorial notes that U.S. Attorney Melinda Haag has restricted some services, such as her staff answering calls from the public and attorneys handling civil cases. However, Haag sent a memo to the court that stated prosecutors will continue to handle criminal cases full-time. The AP article also reported that federal public defenders are paid until October fifteenth. Public Defender Steve Kalar issued a memo to the region's judges which said public defenders will work "with the hope of future payment when the budget is resolved."

The AP column acknowledges that the national shutdown has affected other areas of government. The shutdown threatens to postpone California's plan to construct "two tunnels to move Delta water to the south." It will delay the release of significant environmental documents studying the influence of Governor Jerry Brown's $24.5 billion Delta conservation plan. The environmental study is scheduled to be released for public scrutiny on November fifteenth, but the U.S. Fish and Wildlife Service and National Marine Fisheries Service cannot complete their work as planned because government funding has been put on hold. The AP editorial stated that the Department of Water Resources and public water agencies could spend one hundred thousand dollars a day for the prolonged work they plan on doing. Richard Stapler, a spokesman for the California Natural Resources Agency, admitted, "It pushes out the time on the far end where (plan contractors) have to be retained. There are some real costs involved."