Share
Tweet
Linkedin
53 Views
What do you think about this article? Rate it using the stars above and let us know what you think in the comments below.
05/21/13 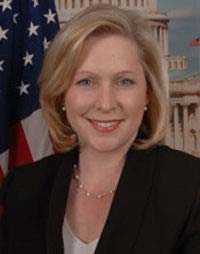 Sen. Kirsten Gillibrand is promoting new legislation for refinancing federal student loans with steep interest rates and converting them into loans with easier burdens. Private lenders and investors are concerned that the bill, if passed, could hurt their existing stake in the market.

Speaking on the move, Gillibrand said, "At a time when corporations, homeowners and even local governments are refinancing at historically low interest rates … students and families who take out loans to pay for college are getting left behind.

The bill requires the Education Secretary to create a system to refinance FFEL loans that are currently owned by private lenders, and specifically targets loans that are owned by the Education Department's Direct Loan Program. The proposed legislation also targets government-guaranteed debt under the Federal Family Education Loan program.

If passed, the bill can almost devastate companies education loan companies like Sallie Mae, which derive most of their incomes from FFEL debt. Investors in FFEL debt programs may likewise be hurt if the interest income they were expecting is lost.

However, in recent months, federal government officials have been stressing repeatedly that the record student debt level is undermining economic growth as people burdened with non-dischargeable loans are reducing consumer activities and other types of borrowings like buying houses and cars.

LawCrossing has more jobs than any other site and I definitely made use of the listings. Thank you.
R. G. M.