( 50 votes, average: 5 out of 5)
What do you think about this article? Rate it using the stars above and let us know what you think in the comments below.
The tension at the law school was impressive. One law student punched out a clerk at a copy center when the clerk told him that his photocopies would be delayed. During an otherwise relaxed pick-up game of volleyball, one of my fiercely competitive classmates, a top-flight athlete, could not resist spiking hammer-blow shots at the two out-of-shape women on the opposing team. I cut my roommate's telephone cord, in the middle of a phone conversation, when he wouldn't stop talking right outside my door and disturbing my study. And I remember, one night in the Third Phase bar, being reduced to tears, when I didn't even think that was possible anymore, by a vicious verbal attack from a classmate whom I had considered one of my better buddies. 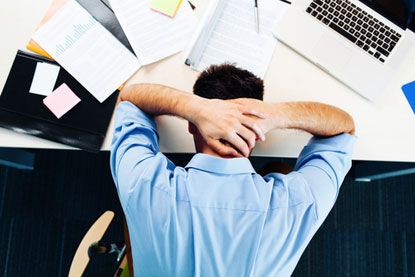 Scott Turow, describing his experience as a student at a known college in the first year, put it this way:
I know of at least one suicide attempt in my class, and there were more people than I can count who confided that they'd been driven through the door of the psychiatrist's office for the first time in their lives by the experience of being that college student.

He quotes one of his professors as saying that, men who fought in World War II or Korea or Vietnam, Never felt as scared or oppressed as they did when they were law students at Harvard.

Supporting that, studies comparing law students to medical students and other graduate students have found far more depression, anger, stress, and hostility, and much less contentment and feeling of friendliness, in the law students.
I can complain about my situation, but I have to mention that it was apparently even worse for female students. There are more women in law school, and in the practice of law, now than ever before. They have made important advances in the practice, and they find it a lot easier now to be taken as seriously as men. But they remain separate. In law school, according to Columbia dean Barbara Black, "The aspirations and expectations of male and female students are still quite different." Even the language of law school exams "ignores the more distinctively feminine patterns of thinking and caring about complex relations, among persons, ideas, and situations." Women experience significantly more stress in law school than men, they have noticeably different career goals, and their personal relationships suffer much more during the process.

I'm not a woman, so I can't describe my firsthand experience on these points. Likewise, I'm not a member of what you might consider a minority group, so I can't tell you about the personal experiences that others might have had. But I can read, and on that basis I can tell you that legal education has very different results for different kinds of people.

Consider, for example, these findings: that Protestant, Jewish, and Catholic lawyers tend to go into very different kinds of practice; that, of those who had taken the California bar exam in 1985, the pass rates of whites, Asians, Hispanics, and blacks differed dramatically; and that a college student's likelihood of considering a career in law will depend on the extent to which she is familiar with corporate America. I, personally, can tell you that it's not so easy to come from a lower-middle-income background and compete successfully, right out of the box, against kids whose parents have been grooming them for years.

Now, not everyone agrees that law school is terrible, or that it favors those who arrive there with a certain set of attitudes. The ABA, for example, does not want the law schools, its pride and joy, to be accused of doing evil things to people. So in Law Schools and Professional Education, they comment that, in one important study,

The students entered with highly positive estimations of legal practice and the justice system. Over the first year their views became less positive. But it requires some considerable invention to conclude that the first year at. Law school instilled cynical views. A more appropriate interpretation is that first year students began with natively positive views of the legal profession and of the justice system but during the year came to perceive greater ambiguity, complexity, and human frailty. That seems to be both appropriate and healthy. Further research is clearly appropriate."

But let's think about that for a minute. Reasonable dictionaries may differ, but, according to The Oxford English Dictionary, cynical means "disposed to disbelieve in human sincerity or goodness; sneering.'' So let me ask this: Do these law students lose their belief in sincerity or integrity? If so, I'd forgive them if they sneer sometimes.

The ABA seems to say, "No, it's not that first-year law students come to doubt other people's sincerity. They just learn that people are ambiguous, complex, and frail.''

But I say, come off it. Are we talking about priests, or what? These law students aren't saying to themselves, "Gee, I feel sorry for this complex, frail individual who, unfortunately, took advantage of his fellow man in this lawsuit." They're reading bad stories and saying, "Sheesh! What a screwing!'' They see themselves involved in these cases someday, and it's an anxious thought. Paranoia becomes a virtue, because it helps them and their clients avoid similar disasters. Do they come to disbelieve in other people's sincerity? You betcha.

Erwin Griswold, former Dean of Harvard Law School, has been quoted as saying:

For some years now, I have been concerned about the effect of our legal education on the idealism of our students. They bring to this school a large measure of idealism. Do they leave with less? If they do, what is the cause? What do we do to them that make them turn the other way?

To which you want to respond, "Hey, buddy, wake up and smell the coffee." What do you expect to make an ideal house pet out of a rat that's just been released from a cage where it was fighting for its life? This is the kind of situation the law school students face during the tenure.