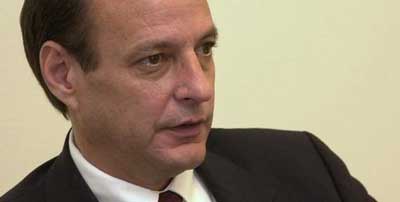 Last week, the early termination of a 10-year probation sentence of an ex-judge, accused of fondling his minor daughter inside a theater, helped the ex-judge, Mark Pazuhanich, to avoid registering as a sex-offender for life, under the new conditions of Megan’s Law, which is coming into effect from December 20.


Pazuhanich was the Monroe County District Attorney in Pennsylvania prior to becoming Monroe County judge for a brief period in 2004.He never had the opportunity of presiding as a judge over any matter. The charges against him stemmed from 2003, and shortly after becoming judge Pazuhanich was placed on administrative leave, and then ultimately removed from the post.

Pazuhanich, a native of Wilkes-Barre, currently living in East Stroudsburg, was charged in 2003 of fondling his daughter during a concert at the F.M. Kirby Center for the Performing Arts on Public Square. Pazuhanich, who was known as an alcoholic, was fully drunk during the incident.

When he was accused of indecent assault, public drunkenness, endangering the welfare of children and corruption of minors in July 2004, he pleaded no-contest.

Pazuhanich told the Luzerne County Judge Joseph Augello, at the time that he was pleading no-contest, “Knowing how much pain I’ve caused, certainly starting with my daughter … I’ll have to contend with that for the rest of my life and I can’t change that … I’m sparing my daughter from having to testify in this court.” He had also added, “I’ll spend the rest of my life trying to make this up to my family, friends and my daughter.”

Judge Joseph Augello had immediately sentenced Pazuhanich to 10 years probation, register as a sexual offender under Megan’s law for 10 years, undergo a sexual offender’s evaluation and no-contact with the victim without court approval. In October 2004, Pazuhanich was banned for life from serving as a judge, and he was disbarred as an attorney in November 2006.

In April, 2012, Pazuhanich lost a bid to have his probation terminated, but Judge Joseph Augello consented to modifying the probation terms to allow him contact with his daughter, who has now reached the age of majority.

Ultimately, last week, Pazuhanich’s probation order was terminated with effect from Nov. 30. His attorney told the court that he now has contact with his daughter, both by telephone and in person and their relationship is improving. Pazuhanich’s daughter also signed a consent form signaling no-objection to the termination of the probation.

Curiously, most people who have known Pazuhanich, even in his early days, have commented on the internet that he was a thorough gentleman, though oft-drunk, but this incident was the only transgression that marked his career.

Under Senate Bill 1183, made law in December 2011, and scheduled to come into effect from December 20, 2012, Pazuhanich would have been required to register for life as a sex-offender, and he narrowly managed to escape that predicament.

I like the job alerts which keeps one well informed about the most current openings in the market. LawCrossing is great!
Clare

LawCrossing Fact #95: Smart job seekers utilize every available resource -- and LawCrossing puts them all together for YOU!