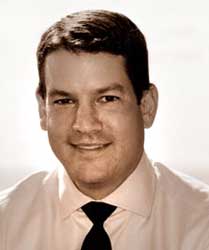 Colby Wegman used to be a law recruiter and is now a manager at Wegman Partners, a legal recruiting firm. His firm places attorneys throughout the U.S. and Canada. They also have offices located in Dallas, Houston, Austin, Atlanta, and Phoenix. The company has tripled in size in the last six months and Colby is looking to expand with new offices in Washington D.C., New York, and the Bay area. His company is currently ranked 46 in LawCrossing’s 2013 Most Influential Legal Recruiter’s List. He was born and raised in Big Spring, Texas, which is a small oil town, approximately 300 miles west of Dallas.

The former recruiter attended Texas Tech and credits the school for developing his social skills. He also acknowledged that Texas Tech gave him the opportunity to run his first business, which was the biggest pool cleaning company in West Texas. Colby started managing the company when he was a sophomore and continued doing so all the way through college. He stated the business gave him the “entrepreneurial bug.”

The Texan said he enjoys eating steak and potatoes. When he isn't working, he likes to play tennis and is an avid skier. The businessman is “within a drive to the mountains” and flies to Colorado so he can hit the slopes.

Colby is married and has two boys, a three-year-old and a six-month-old. He enjoys watching his three-year-old play soccer. When he has enough time in the day, the Texas Tech alumni reads business biographies. His favorite biography is called Snowball, which is about Warren Buffet and his business life.

What does it take to become a legal recruiter? The father of two boys said, “Raw ambition.” Colby continued to say you need to have the “desire to make money and must be hungry and want to earn.”

He also stressed other qualities a law recruiter must possess. The manager at Wegman Partners stated a recruiter should have “aptitude for the deal, can't be afraid of the deal, and can't have fear of rejection.” Colby added that a recruiter should “help people further their careers” and that they are “sales people first and foremost.”

How did Colby become a recruiter and what motivated him to take the position? The businessman went to Dallas in 2000 and had interviews with several recruiting firms. He thought the legal industry was a good avenue to work for and was employed by Special Council, a legal division in an international company. Colby was motivated to work as a recruiter because “he made more money in recruiting than any other position” he held right after graduating from Texas Tech.

Colby was asked where he derives his confidence from. The former recruiter declared he had “early success in the business and early experience.” He noted that a recruiter must “get up if you get knocked down” and has to “switch gears on the fly.”

The Red Raiders fan admitted that as a manager at Wegman Partners, he has a knack for hiring “the best people in the business and convinces people who are special council to come work for him.” The businessman pointed out that he has a “nicer office than other firms, a professional office. We treat you like a partner at a firm. People who do well here are driven. They just need resources and a team.”

Colby also revealed his strength and weakness as a manager. He said his strength is “very hands off. I give my people freedom to do their business.” However, the manager quickly indicated that his “lack of micro management” was also a weakness.

Colby gave this advice to new recruiters. He said, “Don't get discouraged early.” Colby asserted that a law recruiter should be in the business for two years before they know they will succeed. The manager recommended networking clients and reminded new recruiters “it is a marathon, not a sprint. You can't decide in six months” if you will succeed as a recruiter or fail as one and “drop out.” He thought it was a mistake for recruiters to think this way and believes the “window is too short, you can't tell if you will be successful at that stage.”

The manager discussed where he sees the field in the next five years. He claimed that there will be “slow and steady growth.” Colby made it clear that the industry “will not grow quickly and [has] no reason to believe it will not grow gradually.”

Colby finds his work very rewarding since he “lands people from other companies and gives them a career at his company.” He also emphasized the great stability and good income earned at Wegman Partners, but is “most proud of the environment he created so people can practice in this profession.”

The candid businessman said he made mistakes “and continues to make them.” He added you have to recognize your “mistakes and adjust them so you don't make mistakes in the future. That's what makes a successful business.”

Colby is very grateful for his father and considers him his mentor. The former recruiter praises his father for helping him in his career. Colby's father not only assisted him in creating and running Wegman Partners, but also helped financially and taught his son how to deal with the banks. To this day, Colby still seeks his father's advice.

The businessman is involved with the National Association of Legal Search Consultants (NALSC). The organization has several gatherings each year and Colby believes they set the standard.

Although Colby is a very successful businessman, he is cognizant of “unforeseen economic events and deep recessions.” How does the manager prepare for these hard times? He simply replied, “If clients can weather the storm, so can you.” Colby warned, “Don't put too many eggs in one basket.”

Colby's main goal is to be the best national legal search company in the country. He stated he is “less than a quarter away from” accomplishing that goal. The manager said his company considers twenty people for one position they hire. Colby recognized that he had an all-star cast and was proud of the fact that “we have lots of good people here to work with.”

The businessman was perhaps one of the most unique individuals I have interviewed since Colby can provide insightful and valuable information about his law recruiting experience as well as run one of the most successful legal staffing firms in the country.