Share
Tweet
Linkedin
29 Views
What do you think about this article? Rate it using the stars above and let us know what you think in the comments below. 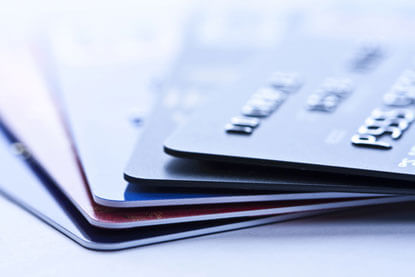 Have you ever stopped to examine what paying the minimum each month does to your total repayment? Let's start with a few assumptions. Some studies place the average American credit card debt at approximately $5,000. A nice round number, so let's use it for our example.


Interest rates vary dramatically based on one's credit history, but let's assume you are one of those consumers who pays that minimum payment every month and has a decent credit history. We're going to give you a 9% annual interest rate (or 0.75% per month). And your credit card requires a minimum payment of 2% of your outstanding balance or $10, whichever is higher.

So in month one your $5,000 balance runs you $37.50 in interest charges. Your 2% minimum payment is $100.75. So you're reducing your overall debt. Everything's great, right? After all, you're not charging anything new and you're paying more than the monthly interest charge, so sooner or later you'll be out from under this burden. You aren't charging anything new, are you?

Let's zoom forward at an even faster rate. After five years, your debt will have been reduced to $2,329.37. But it's been five years of paying that monthly minimum and not charging another penny to your account. This is taking longer than you thought, and you're barely able to pay those minimum amounts each month because you've had to stop charging and begin paying as you go. How much longer can this possibly take? You've paid off a little over half the original amount in five years. Surely you'll be finished paying this off in a couple more years!

Well, actually no, you won't be finished that soon. In fact, you're just getting started. If you start with $5,000 of debt and can only afford to pay that 2% minimum payment each month, you'll be paying this credit card balance off over more than 20 years! (20 years and 4 months, to be precise).

And this scenario assumes you never add to your debt during the 20 years. Is that really a realistic scenario? Of course not, and that's why credit cards represent a trap for so many American consumers. The banks love customers who pay the minimum each month. While they're paying their depositors 4% or 5% interest on their savings accounts, you're paying them 9% (or vastly more, in some cases) on your credit card debt. It's a great business — for them.

Even if you are patient and disciplined enough to pay the debt off this way, you will have paid total interest of roughly 56% on your original debt. To pay off the $5,000 this way, you'll pay the bank nearly $7,800.

Don't get me wrong. Credit cards are not evil. They are very useful tools — when used responsibly. But racking up big debts on credit simply because you can is a sucker's way to live. If you're in over your head already, take the credit card out of your wallet and put it someplace where you're not going to be able to get to it for impulse purchases. Then pay as much as you can each month and don't put the card back in your wallet until the balance is paid in full.

Take it from someone who has made the mistake of abusing credit in the past. My life became a whole lot less stressful when I took my credit card out of my wallet. That $100 electronic toy here and the $30 meal there didn't seem like a lot of spending at the time. But when your balance is suddenly in four figures and you can't pay it off all at once, it should be a wake-up call that you're doing something wrong.

Charles Dickens lays out a pretty sound philosophy for financial happiness in his novel David Copperfield. Mr. Micawber tells us "that if a man had twenty pounds a year for his income, and spent nineteen pounds nineteen shillings and sixpence, he would be happy, but that if he spent twenty pounds one he would be miserable." Such a tiny difference between happiness and misery.

To learn more about dealing with debt, visit our Credit Center.

Credit Cards Are Out to Get You

Fool contributor Robert Sheard is the author of The Unemotional Investor and Money for Life. He vows to reread Dickens more often and to find that extra six pence he can trim from his spending. The Fool has a disclosure policy.

I love the online application feature, and smart search options on LawCrossing. It's just great.
Anthony

LawCrossing Fact #117: We offer the largest collection of high-paying jobs out there!