The Devil in Your Wallet

Share
Tweet
Linkedin
38 Views
( 6 votes, average: 4.5 out of 5)
What do you think about this article? Rate it using the stars above and let us know what you think in the comments below.
Your basic infernal contract with the Prince of Lies? Nope. I'm talking about the devil that likely lurks in your wallet: your credit card. 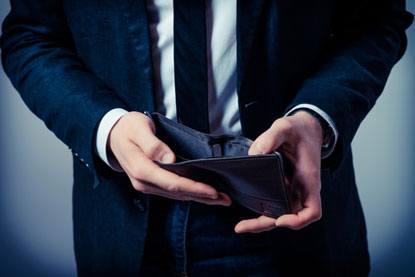 The First Bank of Brimstone
Those little plastic Beelzebubs have nearly half of all American families in their clutches, according to the Federal Reserve. Its most recent Survey of Consumer Finances (PDF file), released earlier this year, showed that in 2004, 46.2% of American families carried some form of credit card debt. The average amount that year (the most recent for which the Fed has statistics) was $5,100. That's a 15.9% jump from the previous survey in 2001.

If you're that average debtor and you've managed to resist the temptation to make any further charges on your credit cards, it would take you more than 10 years of making the minimum monthly payment to erase your debt. In the process, you'd fork over $1,655.86 in interest payments. (Don't believe me? Consult this credit calculator.)

A profit paradise, lost
It could be worse, right? It's taken 10 years and eight months of your life, and more than $1,600 of your hard-earned money, but you're finally free, right? Not quite. Lucifer will be laughing all the way to the bank: You've actually lost even more money than you think.

That $1,655.86 in interest charges works out to roughly $155.24 a year. Suppose you were able to save all the money you'd otherwise funnel into the financial flames during your decade of debt and invest it in a simple, no-brainer index fund instead. Even if you only earned the market's average annual return of 10%, investing just $155.24 every year for 10 years and eight months would earn you $3,013.60, according to this compound interest calculator. Instead of losing all that money, you could have nearly doubled it!

Sharp-eyed Fools may have noticed that The Motley Fool does, in fact, offer its very own Fool Credit Card. What's the deal? Are we in league with the powers of darkness? Do I secretly have a sinister birthmark on my scalp in the shape of three sixes? Nothing of the sort. In fact, with just one simple step, you can not only keep your money from the fires of financial torment, but actually make your devilish credit cards work for your benefit — no strings attached.

Instead of viewing that piece of plastic as a gateway to immediate riches, use your credit cards as a handy and convenient way to pay for groceries, gas, everyday purchases, or even unexpected emergencies. Just keep track of what you spend, make sure you've got enough money socked away in the bank to cover the costs, and always, always pay your balance in full every month. It may not be fun, but it's a relatively easy way to stay out of reach of the dreaded interest rate demons. Better yet, some cards — including those offered by the Fool — offer points toward airfare and other bonuses, or even cash back on your purchases.

If you're deep in the purgatory of credit card debt, don't despair. It's not too late to save yourself with a little planning and hard work. Our Credit Center can give you a helping hand. And if you're currently free of debt but tempted by the diabolical ease of paying by plastic, be strong. The joy of a shiny new pair of shoes or a totally rockin' stereo may prove fleeting and hollow when the bill comes due. But the satisfaction of making the credit card devil dance to your tune — and put money in your pocket in the process — lasts a whole lot longer.

Let Dayana Yochim and Shannon Zimmerman be your guardian angels on the rocky road of personal finance. Just follow the light — Motley Fool GreenLight — to discover superior money and investing advice, customized to fit the needs of everyone from recent grads to retirees. Click here to learn more.

Fool online editor Nathan Alderman notes that Daniel Webster's former law office in Washington, D.C., now houses a fast-food restaurant. He can't help thinking that in the long run, the devil may have won that one. Sinners and saints alike sing the praises of our disclosure policy.

The automatic job update is the best option on the site. I love the site.
Brian

LawCrossing Fact #127: Don’t be caught off guard by getting stuck in a rut. Our experts tell you every week what the latest trends are in every job sector.