The supremacy of Roth

Share
Tweet
Linkedin
137 Views
( 18 votes, average: 4.2 out of 5)
What do you think about this article? Rate it using the stars above and let us know what you think in the comments below.
The only exception: If your employer matches contributions to your work-sponsored plan, then it's probably best to take advantage of that free money. But contribute only up to the point that contributions are matched; after that, send your retirement money to a Roth. 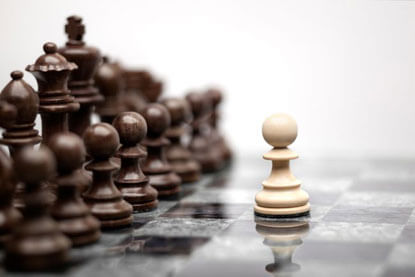 The exception to the exception: In most situations, an employee has to stay with a company for a number of years before those matching contributions will "vest" — that is, really become the property of the employee. If you don't plan to stay with your employer long enough for the matches to vest, then go straight to the Roth.

What makes a Roth so superior? Let's start with the fundamentals.

The major difference between a Roth and the other retirement accounts is when you get the tax break. Contributions to a deductible traditional IRA and to a 401(k) reduce your taxable income in the year the contribution is made, and that cuts your income tax bill.

These accounts are considered "tax-deferred" because you won't pay taxes on interest, dividends, or capital gains in the account during your working career. But when the money is withdrawn in retirement, it counts as ordinary income and will be taxed at the same rate as income earned from a job (i.e., not at the lower long-term capital gains rate).

With a Roth, contributions do not reduce taxable income, so there's no deduction. However, the Roth is a tax-free account; no taxes are paid on the interest, dividends, or gains — ever.

Pay taxes now or later?
So, the question is, do you want to cut your tax bill now or in retirement? All kinds of calculators can theoretically indicate which account will provide more in retirement. (We have several Roth IRA calculators at Fool.com.) The conventional wisdom is that if your tax bracket now is higher than your bracket will be in retirement, a deductible account might be the better bet.

However, the problem with calculators and similar analyses of the Roth-versus-traditional IRA/401(k) dilemma is that they assume that any tax savings realized from contributing to a deductible account will be invested elsewhere and left alone for retirement. However, this just isn't a realistic assumption. People don't say to themselves, "Well, my tax bill is $800 less because I contributed to my 401(k), so I'll buy 32 shares of Microsoft (Nasdaq: MSFT) and not touch it until I'm 65."

No, that tax savings usually goes somewhere else — and usually not to any type of savings account. Boiled down to the essentials, you're contributing to a retirement account to make your golden years more affordable, not to give yourself a tax break today (as great as that can be). And the retirement account that will require you to pay less to Uncle Sam after you've stopped working — thus leaving more in your bank account — is a Roth IRA.

Put another way, do you want the heavier tax burden now, while you're still earning a paycheck and can cover the liability, or when you've stopped working and can't make up for anything Uncle Sam takes away? To me, the best strategy is to choose the account that will improve your finances in retirement.

Finally, the more taxable income you receive in retirement, the more likely your Social Security benefits will also be taxed. Income from a Roth IRA, however, does not affect the calculation of whether you'll pay taxes on a portion of your retirement benefit check.

No required distributions
As mentioned earlier, employer-sponsored retirement accounts and traditional IRAs are tax-deferred — you'll have to pay taxes on the money at some point. And Uncle Sam doesn't want to wait forever, so he came up with something called minimum required distributions (MRDs). According to the rules, you must begin taking money out of your 401(k) or traditional IRA by April 1 of the year following the year in which you reach age 70 1/2 — whether you need the money or not. (If you're still working, you can delay MRDs in your 401(k) until after you retire.)

However, since Uncle Sam doesn't have a vested interest in the tax-free money in Roth IRAs, they aren't subject to MRD rules. So, if you can live on your Social Security, pension, other savings, and perhaps part-time work, then the money in your Roth can keep growing tax-free, creating a bigger bundle for when you do need it.

A Roth IRA is also good for the beneficiaries of your estate. Just as you would receive the proceeds of a Roth tax-free, so would your heirs. However, beneficiaries have to pay income taxes on the money inherited from 401(k)s and traditional IRAs. (Both forms are still subject to estate taxes, if applicable.)

Getting your hands on the money
We just talked about how the Roth is better if you don't need the money by the time you're 70 1/2. But what if you want the money before you're 59 1/2? Again, the Roth is the winner.

Withdrawals from an employer-sponsored retirement plan or a traditional IRA before the age of 59 1/2 can lead to taxes and penalties, except under special circumstances. This is not necessarily true for a Roth.

Contributions to a Roth — that is, the money you send to the custodian of the account — can be withdrawn at any time, penalty- and tax-free. For example, let's say you contribute $4,000 to a Roth this year, and in three years, it grows to $5,000. You can withdraw your four-grand contribution at any time, no questions asked. However, if you try to take out that $1,000 in growth before you're 59 1/2 and the account has not been open for five years, then you may be subject to taxes and penalties (again, except in special cases).

So, if you plan to retire early, the Roth is a great place for your money because you can start withdrawing the money before age 59 1/2 without a hassle. Some experts suggest that this also makes the Roth a good account for college savings, emergency savings, and other goals. Believe it or not, those arguments have merit, but it's a complicated discussion — a topic for a future article. Until then, consider opening a Roth — you still have until April 17 to open an account for 2005. Visit our IRA Center for more details.

Microsoft is a Motley Fool Inside Value recommendation.

Robert Brokamp practices what he preaches: He contributes to his 401(k) enough to get the full match, then contributes to a Roth, and then feeds his children if anything's left over. The Motley Fool is investors writing for investors.

I am really pleased with the number of jobs and the quality of jobs on LawCrossing.
Sarah

LawCrossing Fact #147: We are part of one of the largest employment companies in the U.S., so you can use our resources with confidence!