< Back To All Articles
Share
Tweet
Linkedin
7 Views
What do you think about this article? Rate it using the stars above and let us know what you think in the comments below.
05/05/06

Salaries on the rise

The latest firms to join the associate salary race are Freshfields Bruckhaus Deringer and Simmons & Simmons. Matching the raise announced earlier this week by Linklaters 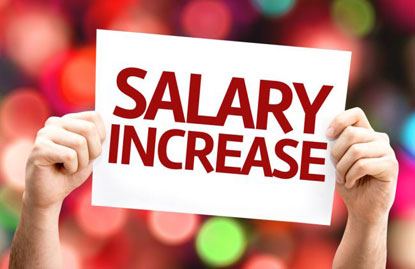 Freshfields Bruckhaus Deringer, a leading international law firm with over 2,400 lawyers in 28 offices around the world, has also increased second-year associate salaries by 12.9%. They move up to $128,000 from $114,000. The firm also announced bonuses for its newly qualified solicitors, which until now were paid only to associates with two years of experience.

Women at King & Spalding
According to a new study, King & Spalding, a pre-eminent firm representing more than 250 public companies, can boast more female attorneys today than at any other point in the firm's history. 54% of the new associates who joined the firm in September 2005 were women. Six of 20 of the firm's practice groups have female leaders. Additionally, since 2004, five women joined the firm as lateral partners.

However, women still have far to go. Although about 45% of law firm associates nationwide are female, they do not constitute as large a percentage of partners. According to a joint study by the Georgia Association for Women Lawyers and the Georgia Commission on Women, the percentage of female attorneys at the partner level in Atlanta law firms is about 17%.

Founded in 1928, the Georgia Association for Women Lawyers ("GAWL") proudly serves the diverse interests of the more than 7000 women who are admitted to the State Bar of Georgia. While providing a forum for networking, mentoring and leadership training, GAWL also seeks to maintain honor and integrity in the legal profession by sponsoring educational, social and fundraising programs for its members and the greater community.

The Georgia Commission on Women was created by the General Assembly in 1992 to promote, encourage, and advise state, local and community women's professional, business and civic organizations; to analyze the impact of the laws of the state on women; and to collect and disseminate information on the status of women in Georgia. Membership in the commission is by appointment and consists of fifteen members appointed equally by the governor, the president of the senate and the Speaker of the House.

New Internet service for NY attorneys
Members of the New York State Bar Association can now receive e-mail alerts of new cases in one of 20 areas of practice. The service, known as LawWatch CaseAlert Service, is the first of its kind offered by any state bar association. It is being extended to all its members free of charge.

When a new decision that matches a member's pre-selected search terms is published, an excerpt from the case is automatically e-mailed to the member. In that e-mail, a link is provided that allows the members to access the full text of the case.

Child's play
Students from Kelsey Pharr Elementary School spent a day at Morgan, Lewis & Bockius in Miami. It was a part of their year-long learning program called Kids and the Power of Work (KAPOW). The kids participated in mock interviews and were given sessions by the law firm partners on how math, science and language skills are used to prepare for a trial.

KAPOW is a national network of business-elementary school partnerships which introduces young students to work-related concepts and experiences that can be continually reinforced throughout their formative years. The program was founded in 1991 by Grand Metropolitan Inc. and the National Child Labor Committee, a private non-profit organization dedicated to promoting the rights, dignity and well-being of children as they relate to work and education.

Over the years I have renewed the account on and off and will continue to do so as your service has been a great help.
Frank J. Catalano

LawCrossing Fact #229: We put all of our effort into serving our clients rather than promoting our site.