Michael Kinsman
( 233 votes, average: 5 out of 5)
What do you think about this article? Rate it using the stars above and let us know what you think in the comments below.
Management consultant Karl Albrecht says he can't count high enough to tally the times he has seen talented, inspired business people needlessly fail at their jobs. 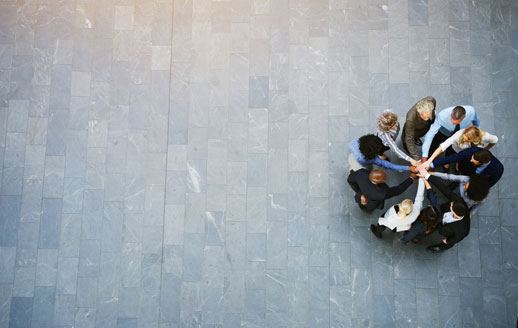 But what appears so obvious to him is lost on many others. Albrecht says a lack of social radar can doom even the best and brightest in the work force.

"I argue that more people have lost jobs due to a lack of social intelligence more than any other factor," says Albrecht, whose book "Social Intelligence: The New Science of Success" (Pfeiffer; $25) has just been published. "They just seem to have an utter lack of understanding of what they are doing to those around them and that costs them."

Albrecht is mining a field already partly developed by Daniel Goleman in his 1995 book, "Emotional Intelligence: Why It Can Matter More than IQ" (Bloomsbury; $28), which caused people to examine how their emotions played into how they develop and maintain relationships with others.

Emotional intelligence attempts to help people have a greater self-awareness and understand how their emotions affect their behavior and interpersonal relationships.

Yet, Albrecht thinks Goleman packed too much into his emotional intelligence equation. Albrecht says the external relationships are not given the full attention they deserve by Goleman's work and that social radar can play such a dramatic role in our lives that it needs to be separated out of that equation.

"I view social intelligence as being so self-evidently important that it is essential to every relationship we have," Albrecht says. "It puts a higher premium on connecting to people and understanding them so you can develop better relationships."

This is especially important in the workplace because work is little more than groups of people working together for a common goal. Yet, too often people operate in social vacuums, not realizing the way to achieve more on the job is to find a way to connect with others.

Albrecht is quick to identify Apple chief executive Steve Jobs as someone whose legendary vision and IQ has been mitigated by his lack of social radar.

"Steve Jobs is an extremely talented person," he says. "He is a brilliant innovator but a lousy executive."

Stories of the Apple chief executive's intolerance and abusive behavior toward co-workers are part of his legacy. Albrecht argues that the heavy-handed nature of Jobs' management style has often cost Apple by causing talented people to seek better working conditions.

"Imagine what he might have accomplished if he had been able to have better relationships with those around him," Albrecht says.

Social intelligence can sometimes make the difference in your career. Upward mobility and promotions are often awarded to those who have strong relationships with co-workers, Albrecht says.

"It isn't about how bright you are or what skills you have, as much as it is about the working relationships you have been able to build with those around you," he says.

Not everyone subscribes to this. John Challenger, chief executive of the Chicago-based Challenger, Gray & Christmas outplacement firm, thinks social intelligence is only one of many tools a manager must possess.

"Some people believe that being a good leader is just being a good politician," he says. "But if all you try to do is never roil the waters and keep everything in check, you could wind up with your company at a standstill.

"Great leaders combine a complex series of traits that include social intelligence. But it certainly is important to be able to understand and be empathetic with each person that you work with." Most people come by this naturally, developing their social radar to one level or another.

Even if you don't feel you are good at developing relationships with those on the job, Albrecht says you can do so through a combination of observing others in meetings and in their work and trying to understand why they act they way they do. The more information you pick up and process, the easier it is to building relationships.

But Albrecht thinks this is too valuable to leave to chance.

"The techies see this as a bunch of crap that con artists use to get ahead," he says. "But it isn't. I think all technology students in college should be told that at some point, they are going to have to stand up and explain something to people they work with whose IQ might be the square root of theirs. But they have to know that it is crucial to work with them."

How to Earn Respect as an HR Director

How to Earn Respect as an HR Director