The Top 10 Georgia Legal Practice Areas
< Back To All Articles

7 Most Important Things to Know About Entertainment Law

Share
Tweet
Linkedin
3926 Views
( 394 votes, average: 4 out of 5)
What do you think about this article? Rate it using the stars above and let us know what you think in the comments below.
Summary: If you are a creative type with a love of movies or music, here are 7 reasons you may want to go into entertainment law. 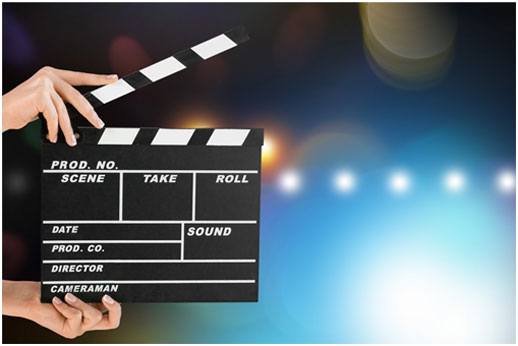 The word “entertainment” has the same effect as “cookie” or “Hawaii;” no matter what the context is that entertainment is used in, the word itself – even the syllables, can bring a smile to a person’s face.

In short, there is nothing like the process of making a film or television show, or producing a hit play or concert.

Entertainment law spans the subjects of contracts, first rights of creative properties, fee negotiation (as is the case with an entertainment lawyer who is also a talent agent), and publishing rights to name just a few responsibilities.

Nevertheless, if you enjoy the bright lights, the celebrity and the creative process that goes into entertainment, and to a degree entertainment law, here are 7 aspects of the practice field that you should become familiar with which were first published on Above the Law.

1. What do entertainment attorneys do in a typical day?

Lawyers within the practice field of entertainment law break their typical day down to events much like those below:

It can be clearly seen how this work involves legal concepts across multiple subject areas.

In addition to understanding these substantive areas of law, entertainment lawyers help clients with projects that are not necessarily considered traditional legal work, but have legal and business implications, such as reviewing and commenting on pitches and budgets for television series, films, mobile apps, or other entertainment projects.

Hence, lawyers in this particular legal service also become creatives, and with that, tend to have some input in a movie or stage production.

2. Who do entertainment attorneys work with?

However, junior associates can quickly rise up the ladder to draft and negotiate simpler production, talent and independent contractor agreements.

Entertainment attorneys who are part of a law firm might consult with specialists within the firm that focus on labor and employment, trademark, and copyright counsel, as well as entertainment practitioners specialized in other industry sectors.

Some entertainment attorneys have what others associated with the entertainment sector describe as the privilege to directly work with celebrity clients as their personal attorneys.

These clients often have a team of business and legal advisers, including agents, managers, and attorneys.

Many more entertainment attorneys work with other entertainment industry clients, including studio and network executives, producers, financiers, and, of course, other lawyers.

3. What does a common career path look like for an entertainment attorney?

While no two law-related careers are exactly the same, a typical entertainment attorney’s career path can circumnavigate from a law firm to in-house and sometimes back to a law firm.

Of course due to the location of the entertainment industry, Los Angeles and New York have the highest concentration of law firms that specialize in entertainment law and entertainment companies with in-house legal departments.

However, there are other up and coming locales throughout the United States that have large entertainment presences. Those include Georgia, Washington State and Louisiana to name a few.

Outside of these major locales, it’s not uncommon for attorneys to practice in another area of law, such as general corporate, mergers and acquisitions, or securities work, and then move into entertainment law.

These attorneys usually have two or more years of experience and tend to have diverse legal backgrounds outside of the entertainment industry.

4. As a practice area, how hot is entertainment law?

The entertainment law practice area is described as mild to very hot.

Within a law firm that specializes in media law, the practice itself can be quite varied with clients in all sorts of stages of completion with their projects. Those stages can include:

In some cases, in-house attorneys may be more specialized and have less variety in their work. An example of this would be an in-house business affairs attorney who may work primarily on a large volume of one or maybe two types of agreements.

Of course, simply for the fact that the entertainment industry can be wrought with newly emerging issues, attorneys within entertainment law firms have to constantly be on the alert.

Whether it’s interested parties working on a project, new technology, or other developments, these changes will help keep the work interesting and allow attorneys to continue learning and growing.

5. How stressful is the entertainment law practice area?

While long-lead projects tend to proceed at a more leisurely pace, short-term projects, say with an airdate or principal photography start date, proceed much more quickly. This would be something to be expected from television shows such as dramas and sitcoms.

In this sector of the entertainment industry, expectations are high not only because money and reputations are at stake, but also because creators and others can be very passionate about a project.

6. Are there any lawyers who actually hate entertainment law?

As is the case with other types of law, attorneys who concentrate in entertainment law have a certain type of personality for the business. They may be more flashy or flamboyant, but that in large part is due to their practice area of choice.

Just as well, most people practicing entertainment law are in the field because they like the substantive work as well as the clients.

Yes, there are the time pressures and tight budgets to consider, all of which can create significant stress for attorneys. But by large most entertainment attorneys you speak with have a high level of enjoyment for their job.

7. Why do entertainment attorneys love their job?

Any job that is creative, or whose main principles come from a creative background can be interesting.

And with the entertainment industry in which there are writers, directors, producers, actors, special effects people, sound stage operators, among a whole host of other principles, there is bound to be some level of appeal in such a vast operation.

It’s for this alone that many entertainment attorneys have a personal interest in the industry.

They may like music, or are fascinated with the production of weekly television comedies and dramas.

They might be into theater or film, or could be a musician or artist in their own right.

In short, a majority of entertainment attorneys seem to enjoy helping creators, financiers and distributors bring their projects to life and to an audience.

And while the daily work of an entertainment attorney might not have the pizazz of an actual film shoot, attorneys in this practice area tend to love being an essential part of a meaningful project.

Check your personality at the announcement of “action.”

There is no doubt that any sort of law practice requires that the lawyer within that practice field have a certain type of personality.

Litigators have to be argumentative and confrontational. They need to show no fear or weakness, or if they do, their case could go down in flames.

Tax attorneys have to keep themselves informed about tax changes on a yearly basis. Their personality type is one of methodical thinking and continuous studying of laws, penalties and benefits, all surrounding a client’s income and the taxes owed on that income.

And as a general practice attorney may seemingly wear many hats, not to mention require multiple personalities to deal with whatever issue a client has, with entertainment law it is a given that a lawyer in this practice area has an understanding of the creative mind and heart.

There’s no two ways around dealing with major stars, directors, writers or production companies, entertainment lawyers need to not just know, but understand “the process” of creating art as well as the players in that process.

Once a lawyer gets that, then with entertainment law, it immediately becomes a wrap.

The website is a good value for money. It has jobs which you don't find anywhere else.
GuidoÂ Piotti

LawCrossing Fact #160: Our database is massive; sign up to see what job options you really have!