David Dorion
( 84 votes, average: 4.7 out of 5)
What do you think about this article? Rate it using the stars above and let us know what you think in the comments below.
Summary: The subject of barristers and bucks comes simply down this: Self-interest can be a very strong motivator. Self-interest in and of itself is also subjective as it varies from one person to the next, one attorney to the next. 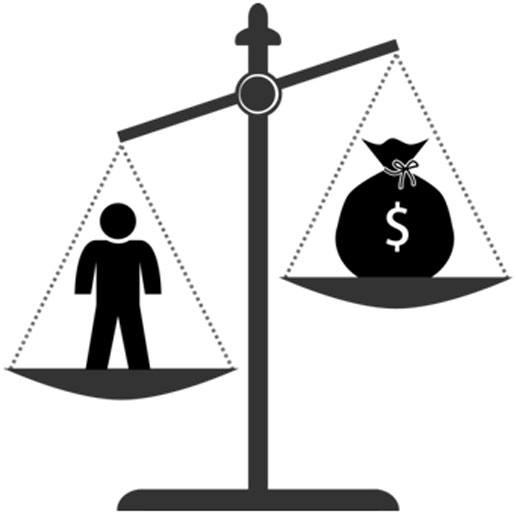 The first type of attorney.


Let’s be honest: Some folks attend law school to, as it’s deemed, make a difference. What that difference is, of course, depends upon the attorney and what he or she does with their career.

Some attorneys want to save the world: This type of lawyer enters law school with thoughts, beliefs and promises of squaring everything up for society. Their post-school dreams are to:

These examples represent the type of attorney who enters law school with hope of making a career as a do-gooder for the oppressed and unfairly treated, as well as any other poor sucker of the world who has been taken advantage of.

This class of lawyer comes from a place of what society may deem as decency. They know their place as a purveyor of law, assigned to represent the weak and downtrodden, giving a voice to those who ordinarily do not have voices.

Whether they know it, feel it, boast about it, or not, these attorneys are needed – yes – for something as journalistically touchy-feely as the greater good of mankind.

Then there’s the lawyer who resides on an opposite side of the legal game.

They are the lawyer wrapped in the sharp suit, smile behind the bleached teeth at the same time they sport their beach-tanned skin.

This type of lawyer likes the money aspect of the legal profession. They enjoy the power, the prestige, the respect, and of course, the greenbacks.

And why not, really? All of us begin our professions with some sort of thought, desire or mission in mind. We want to do our best, which in law, one’s best (should it be a successful best) is rewarded with lucrative pay and bonuses.

Again, there’s nothing wrong with this as long as the rewarded attorney works hard, wins cases, maintains a strong book of business, and when the chips are down, comes through for their client and as importantly, their law firm.

This second type of attorney

While the first type of lawyer can be called crusader or hero, the second type of attorney we speak of is undoubtedly in the profession for the money. They’ve decided the almighty C-note is the single greatest award worth having. And in being that way, with many cases, this type of attorney has planned their career long before entering law school.

That means if a prospective attorney seeks out a profitable career, they likely realize that career has to begin with a law school which is more apt to graduating top-tier lawyers who eventually rake in top-tier salaries.

Usually, one would believe the top law schools are the ones where top well-paid lawyers graduate from. But that’s not necessarily the case. In fact, as you will see, that’s far from the case.

As surprising – possibly even more surprising – is the fact that the schools that graduate the highest-paid associates are not in the least ranked as a number one school. In fact, in a recently published US News and World Report/SoFi chart that reveals the top 20 law schools and how much their graduates are paid when they land their first BigLaw job, and how their rank and their students’ pay in some cases, are mightily skewed.

For instance, Cornell which is ranked number 13 out of 20 according to USNWR/SoFi, the law school’s graduates are the highest paid associates in the nation.

Meanwhile, Yale, which ranks number 1 in the nation as a law school, ranked number 8 on the new associates’ pay scale.

The greatest disparity of the 20 schools is Fordham, which ranks 36th in the nation, but 15th as far as pay is concerned.

The least disparate school is U.C. Berkeley, which ranks 12th in the US, while its graduates sit upon the 13th spot as far as well-paid associates go.

Check out this chart for more information as to the ranking vs. pay phenomenon within America’s top law schools:

Why is this of any importance other than greed and big wallets?

To be a newly graduated law associate concerned exclusively with the level of pay they might potentially achieve is as important as any other concern within the legal practice, including those of the do-gooder attorney.

And honestly, there is as little wrong with the ladder (making money) as there is with the former (saving the world). Because, after all, the reasons why an associate wants to work in the highest paying law firm possible can range far beyond what any of us feel is a person acting solely out of greed.

After all, the attorney who wants the most money for their work, might possibly need that salary to:

It’s neither here nor there to say, criticize, or make suppositions about the associate who wants to make the most money possible as an associate. Until we’ve walked a mile in that particular associate’s tasseled loafers, we should keep our opinions to ourselves.

Whose fault is this?

And yet there will be attorneys and non-attorneys alike who will remain pissed, jealous, and/or angered due to this recent law school graduate making so much more money than other recent graduates. Someone has to be at fault for this. A body needs to fall down on their sword, God damn it, because everyone works their ass off in law school, and no one graduating associate should be entitled to so much more than another.

But really, whose fault is it?

Well, if an (jealous) attorney really needs to cast blame to make themselves feel better about their $20K or so difference between their salary and the top earner in their class, maybe we can start with:

And in the end, who cares because…

… because in the end, the practice of law does have to do with the money. It also has to do with defending people, giving them both a battering ram and a strong defense in the form of a caring and interested lawyer.

Honestly, we can bitch and complain all we want. As to whether that bitching and complaining comes from a place of hatred, jealousy, amazement or understanding, depends upon the subjectivity of the person who calls high-paid associates into question.

The subject of barristers and bucks simply comes down to this: Self-interest can be a very strong motivator. Self-interest in and of itself is also subjective as it varies from one person to the next, one attorney to the next.

All that truly needs to be remembered is helping people as a lawyer is a very honorable position. And just as honorable is the attorney who feels their focus should be on their own career, particularly when their near-slave-like hours and workload are considered.

As objective as law wants any of us to believe it is, in reality, the practice of law has its subjectivities. And yet it isn’t up to us to gauge or measure one subjective reason for practicing law over another.

What one does or how one regards and/or treats their legal career is a private affair. This includes their reasoning for choosing one law school over another due to the monetary income of previous graduates who went onto high-paying associate’s jobs.

In the end, highly rated law schools graduate law students not exclusively to make tons of money, but to also assist people with their legal troubles.

And what can be more honorable and fulfilling, albeit prestigious than that?

What led you to your profession in law? The prestige, the high salary, or the notion that your services are available to help people in legal need?

Make 7 Figures as a General Counsel

What Do I Say When a Law Firm Interviewer Asks for My Salary Expectations?

Make 7 Figures as a General Counsel

What Do I Say When a Law Firm Interviewer Asks for My Salary Expectations?