The Lawyer's Guide to Personal Finance: Legal TenderHow to Select the Best Legal Recruiter and Maximize the Effectiveness of Working with OneLoss Mitigation Specialist - A Booming ProfessionMoving Upward in Your Legal CareerLawyers Give Meaning to Life
< Back To All Articles

Share
Tweet
Linkedin
277 Views
( 38 votes, average: 4.3 out of 5)
What do you think about this article? Rate it using the stars above and let us know what you think in the comments below.
Summary: Lawyers have calculated virtually every aspect of their legal profession decision, but they often place too much emphasis on money and appearances. 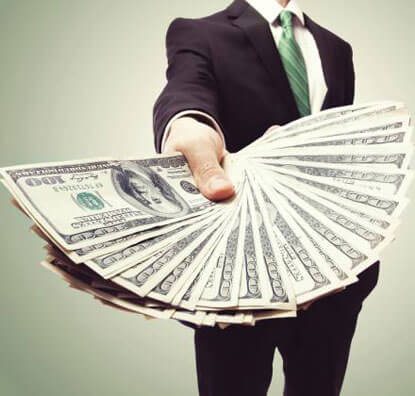 Real estate agents and architects along Philadelphia’s upscale Main Line like to joke about the local yuppies who suffer from empty-house syndrome—that is, they own large, expensive homes but can’t afford ordinary furnishings. They might only have a few plastic garden chairs, and an Ikea kitchen table, but otherwise their half-to-three-quarter-million-dollar “starter” house is without rugs, sofas, or a dining room table. The reason for the sparse furnishings isn't hard to guess. Some couples stretch their lines of credit and max out their VISA cards just to meet the down payment on a house with an upscale, socially acceptable zip code. But now they are so strapped with mortgage payments and upkeep that they literally can’t afford furniture, let alone even consider a career move to a work situation or new legal job that is more humane, but less lucrative.


So what’s a lawyer to do who, on the one hand, longs to change careers and find a humanly supportive work environment, but at the same time feels trapped on the rising escalator of expense and the economic realities of life? Some would suggest that the young lawyer should just hunker down in the early stages of a legal career, give it his or her all, and put in a lot a “face time” with the firm. Arrive early, leave late, work weekends, and have your cell phone always turned on. Then, and after putting your private life on hold for eight to ten years, you can always reconnect when you make partner – spend quality time with the wife and kids and pause to smell the roses. And hope you may not be too late.

Eventually, a lawyer considering a move to a more satisfying, but less financially rewarding position has to think about the role of money in his or her professional life. Not just crunch the numbers – say, calculate comparative levels of compensation, or one’s net worth on the open market – but, as Jacob Needleman suggests in his book, Money and the Meaning of Life, to come to an understanding of the emotional and spiritual effects of money on the human condition, on one’s own life.

So, the first step towards a job change means a hard look at one’s lifestyle. This doesn’t mean emptying closets and cupboards of our best clothes and most expensive wines, and following the footsteps of Francis of Assisi to the local soup kitchen. However, as that first step, it might suggest a less expensive home or a lower-priced car. In any event, it does mean asking oneself what is essential to our human aspirations and what is nice, but not necessary?

The irony is that even those of us who are very aware of legal salary levels really don’t take money half seriously enough. We forget its powerful effect on our lives and its potential to corrode the human spirit. As a result, we run the risk of knowing the price of everything, and the value of nothing.

The best part about LawCrossing is the email alert function as it saves me a lot of time.
Ann