Teresa Lo
What do you think about this article? Rate it using the stars above and let us know what you think in the comments below.
Summary: No matter what type of client you encounter, you always risk being fired as a lawyer. 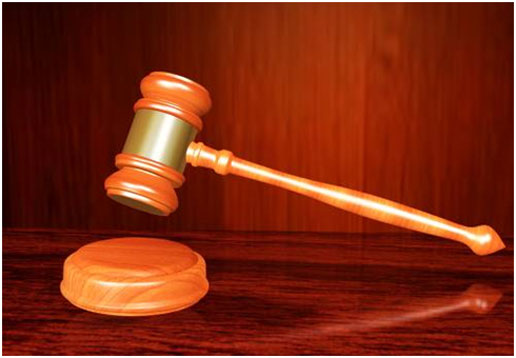 There are many types of clients. Some are easy, and only need basic services performed. Others are demanding for reasons that range from unfamiliarity with the legal process to being fearful and entitled. But no matter what type of client you encounter, you always risk being fired as a lawyer. Sometimes when the termination occurs, there is nothing a person can do about it. In other cases, the firing may have easily been avoided.

So why do clients fire their lawyers? What warning signs should you as an attorney look for?

Beyond obvious egregious violations, clients fire attorneys if they feel those attorneys aren’t meeting their needs. This occurs because of small but meaningful slights such as ignored phone calls or missed deadlines. Whatever the cause, no lawyer likes to receive a dreaded message from another attorney, “Please send me so-and-so’s file.”

Luckily, being fired by a client can be prevented. The following is a list of some of the most common reasons attorneys get the ax and solutions to keep that from happening.
7 Reasons Clients Fire Their Attorneys:

1. An attorney does not seem competent.

Clients come to lawyers because they need advice, help with fighting someone in court, assistance in organizing their affairs, and more. But whatever their circumstance, they’re looking for someone more knowledgeable than themselves or whatever they can find on LegalZoom.

So imagine how frustrated a client must feel when they discover their lawyer doesn’t understand their case or doesn’t know anything more than what can be found on Wikipedia. While the Wikipedia example sounds extreme and is, it has happened at least once.

In 2005, Taichen Preyor was on trial in Texas for the murder of Jami Tackett. His mother had hired two attorneys, who she believed would do an excellent job. However, little did she know, one had been disbarred years ago and the other had never tried a criminal case in her life. It was reported that the latter had used Wikipedia to teach herself more about criminal law, and it is no surprise that Preyor’s lawyers did not win the case. Preyor eventually fired the two charlatans and obtained new representation, but he was eventually executed.

Preyor’s case made headlines because of the severity of the incompetence of his attorneys and the punishment he received. Although disbarred, the state allowed the first attorney to assist the second one, who specialized in California real estate law. While the disbarred attorney seemed to have nothing to lose, it is perplexing why the second one risked her reputation and her client’s life to try the case. Was it just for money? Did she really believe she could figure things out as she went? Or did she naively rely on the disbarred attorney for his help? No matter what her reasoning, the case is an example of one that an honest lawyer with no skills to try the case would have ever taken.

Thus, it is good advice for attorneys to fully interview potential clients before work commences. This meeting should suss out what the clients need and expect, and it is a good opportunity for lawyers to assess if they can actually do what the client is looking for. This is not only for the client’s benefit, but it will also prevent an attorney from being fired, reported, or losing their reputation.

2. Clients are unhappy with their lawyer’s communication skills.

All clients believe their case is a big deal. They want their attorney to explain clearly what is occurring and what possible outcomes may occur. If they send an email or give a call, they want someone who will respond ASAP and not leave them hanging. They want an attorney who will not talk down to them or be rude. Essentially, they want someone who will treat them with respect and take care of them in their time of distress.

For an attorney, there are simple communication steps to assure your client that you care about their needs.

3. Clients are unhappy with the amount of time the case is taking.

As all lawyers know, cases can drag on longer than expected; but to clients, especially those with cases for the first time, they may see you as the reason for things not getting done. Assuming that is not the explanation, you can ease your clients’ worries by regularly updating them and quickly responding to their inquiries. Your ability to anticipate their needs will go a long way.

But most importantly, before you take on a case, manage your client’s expectations. Don’t promise them a resolution in three months when a case could take longer. Explain to them all the ins-and-outs and foreseeable problems that could arise with their case, and if you feel as if they aren’t reasonable with their expectations, you should not take them on as clients, and potentially recommend them to another attorney.

“We all know the experience of having a client or a case that we wish we had never taken. The best way to avoid this is to give more thought to the client and case at the beginning, before you accept representation,” The American Bar Association stated.

4. Clients are unhappy with their billing statements.

Before you take on a client, you discuss the payment terms and have them sign an agreement. Most of the time, clients will be accepting of what you charge, but there are some moves that can make them very unhappy when it comes to billing, which could lead to your termination.

3 Terrible Billing Practices That Can Get an Attorney Fired

Overall, legal bills tend to be high. However, if you do the work, you deserve to be compensated. As long as you err away from the side of the egregious or unethical, you can avoid angering clients.

5. Clients view the attorney as unprofessional.

To appear professional, you should do the following:

“There are attorneys where you will walk into their office and you will panic,” Nathan A. Kottkamp, a Virginia-based health care attorney and partner at McGuireWoods, LLP said to American Medical News. “You will say, 'How is it possible that this attorney will know where my document is in this pile of papers?' You want to look at their organizational skills.”

Just keep in mind: Image is everything, and for a lawyer, you want to project an image that will make your clients trust you.

6. Clients do not agree with the way the case is handled.

Some clients may fire their attorney if they think he or she is not doing what they want. For instance, the client wants to go to court, but the attorney wants a quick settlement. Or vice versa. The best way to avoid this problem as an attorney is to discuss in-depth beforehand what your client’s goals are and only take the case if they align with how you think the case should be handled. If you have already taken the case and you find yourself in disagreement with your client, you can try to explain why you want to move forward with your plan instead of theirs. However, ultimately you need to do what your client wants. Otherwise you can find yourself in unnecessary trouble.

For instance, take the case of Robert McCoy and his lawyer Larry English. In October 2017, the U.S. Supreme Court agreed to hear a capital punishment case where a man said that his lawyer openly defied his wishes. Robert McCoy was accused of triple-homicide in Louisiana, and he maintained he was a victim of a police conspiracy although there was evidence that showed he was the killer. Facing the death penalty, his attorney, Larry English, believed it was best to plead guilty and ask for clemency. But McCoy wanted to use the he-was-framed defense. McCoy had requested a new lawyer, but a judge stated that it was too late in the process to do so. English ended up ignoring his client’s request, and a jury found McCoy guilty of first-degree murder. Since the verdict, McCoy has spent years filing an appeal, and of course, he fired English when he was able to.

English was not punished for his decision to defy McCoy’s wishes, and the Louisiana Supreme Court said that his defense strategy was “reasonable.” However, because McCoy did not get what he wanted, the case continues to be unresolved for the client while his attorney can unfairly move on. All in all, this case is an example for any attorney who cannot agree with his or her client. It is in everyone’s best interest to not be like Larry English and to either quit the case or comply.

7. Clients view their attorney as acting in an unethical manner.

Turn on the news, and there are plenty of lawyers committing crimes—embezzlement, Ponzi schemes, fraud, and more. It’s obvious those lawyers should be in jail and stripped of their licenses, but lawyers can also perform unsavory acts that are questionably legal, or at least, not criminal. These acts are ones that won’t get an attorney arrested, but will most likely get them fired. These unethical acts include:

There are some instances where it’s inevitable your client is going to fire you. After all, if you and your client don’t click, you don’t click. However, most firings can be prevented by attorneys who make sure their clients feel respected and taken care of. If you have been fired or worry that you could be fired, take the time to assess your customer service skills so that you don’t repeat the same mistake in the future.

What do you think is the main reason that clients fire their attorneys? Let us know in the comments below.

Attorneys Drunk, Bombed and Wasted: Why Do Attorneys of All Ages Drink So Much and Have So Many Substance Abuse Problems

4 Reasons for Law Firm Silence after a Job Interview

Attorneys Drunk, Bombed and Wasted: Why Do Attorneys of All Ages Drink So Much and Have So Many Substance Abuse Problems

4 Reasons for Law Firm Silence after a Job Interview