Fired vs. A Stealth Layoff: How Law Firms End Careers

Share
Tweet
Linkedin
3104 Views
( 313 votes, average: 4.5 out of 5)
What do you think about this article? Rate it using the stars above and let us know what you think in the comments below.
Summary: What is a stealth lay off when compared to a traditional lay off? Keep reading to find out. 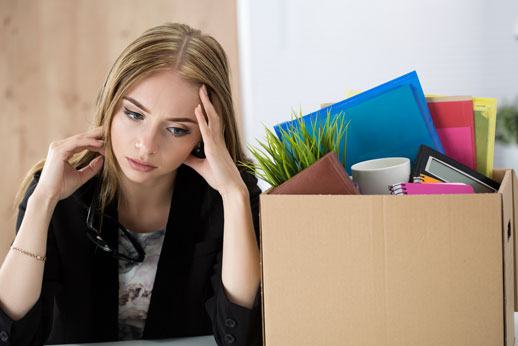 There’s a certain type of imminence about being fired from a law firm job. It seems as if everyone expects it at one time or the other in their legal career, and once that termination comes, it is as if a rite of passage has been accomplished.


Law firms are strange entities. The law firm dynamic, the class system that the partners establish to keep the associates in line, even the politics and social structure of a legal establishment all play as equal a role in one’s employment as does win/loss ratios with legal cases.

Not only does this make the law office lifestyle unique unto itself, it also makes the firing of an attorney a strange event as well.

A recent article that appeared on Above The Law explores the two types of job termination an attorney can experience. This article will break down these two types, and analyze the effects of one against the other.

Job termination is a fairly straightforward process. You and a higher up or a person from HR have a short discussion, you’re handed your final paycheck, you might sign some paperwork associated with the termination, and that’s that. Clean out your desk and you’re free to go. It works like this in most companies, including law firms.

Of course there can be many financial benefits to being fired in the traditional sense from a law firm.

Most Biglaw shops pay sizable amounts in severance to departing attorneys. Doing this helps an attorney during their career transition, while also helping the law firm decrease their legal exposure in case an attorney wants to sue the firm.

Although the amount of severance varies from firm to firm, many Biglaw shops typically provide three to six months of salary as severance, which can be a substantial amount of money.

The overall benefit of being fired from a law firm.

If you’re lucky enough to find legal work shortly after you’ve been terminated, you are more or less sitting in the catbird seat.

Now you can devote part of your severance from the previous law firm where you worked to other expenses.

You’re doubly lucky if you work in a state that pays unemployment benefits even if someone is receiving severance.

Indeed, if someone gets a job quickly, and devotes the lion’s share of their severance payments to student debt repayment, they could effectively pay off a sizable amount of their student loans.

And if the job market is strong, and it is easier to find a new job, the severance offered by many firms can offer a substantial windfall that is often not obtainable by being stealth laid off.

Congratulations! You’ve been stealth laid off!

According to Above The Law, a stealth layoff is when a firm wants to get rid of an attorney, but they do not fire them in the traditional sense.  They instead tell the attorney that a plan is in place to terminate them, yet give the attorney some time – usually several months – to find a new job.

In short, a stealth layoff provides the fated attorney ample leeway to go on job interviews, and supervisors usually do not tell prospective employers about the nature of the attorney’s departure.

The advantages and disadvantages of a stealth layoff.

The problem with stealth layoffs is some attorneys do not find jobs as quickly as expected, which can then subject them to a traditional firing.

However, in other cases attorneys are able to secure employment without being fired, and both parties gain something from the arrangement:
When is it better to be fired as opposed to being laid off stealthily?

There are certain situations in which it is actually better to be fired than to be stealth laid off from a firm.

As was explained, with a standard termination there can be financial benefits because of the severance package offered to the attorney. This severance can in turn “float” the attorney for a while until they obtain new employment.

With stealth layoffs, there is no severance package. Plus between the times an attorney is told they are subject to a stealth layoff and when they are actually told to clear out their desk can have a limbo-type sensation. Some attorneys equate this to feeling like “the walking dead.”

Going to work can be a rough experience, in which an attorney who is in the process of a stealth layoff is embarrassed and frustrated. They feel shame as they interact with colleagues, and setting a discrete time by which an attorney needs to find a new job can create an impending sense of doom.

In this manner, it is almost better to be completely let go from one’s attorney job. Being fired means a lawyer can:

Just know that being stealth laid off typically binds an attorney to continue billing for the firm that wants to fire them, while being terminated outright allows attorneys more time to do as they please.

There are no guarantees with stealth layoffs.

As Above The Law states, stealth layoffs do not guarantee an attorney will have an easier time finding employment than if they are terminated outright.

If an attorney is laid off in a mass reduction of force, people might understand he or she was let go not for performance issues, but because of the law firm’s financial troubles.

However, if a firm lets its attorney go through stealth layoffs, and prospective employers discern this fact, then it appears as if the attorney was terminated because of poor work performance.

People within the legal industry are fully familiar with stealth layoffs, and if hiring partners know of someone being stealth lay off, this could put that attorney at a greater disadvantage than an attorney who was fired due to a workforce reduction in another law firm.

In the end, stealth layoffs are common within the legal industry, and it is typically understood that this process offers benefits to both attorneys and law firms alike.

So with that point made it just might be a better deal to be fired than to go through a stealth layoff.

Or to not get fired at all.

Jobs alerts which are emailed regularly are good enough.
Robert

LawCrossing Fact #11: LawCrossing publishes daily job market news to keep users up to date as they search for jobs.