Can You Help Me Decide Between Two Top Ten Law Schools?

Share
Tweet
Linkedin
328 Views
What do you think about this article? Rate it using the stars above and let us know what you think in the comments below.
Question:

I have been fortunate to have done very well in this competitive law school year. My options have boiled down to a full tuition scholarship at the University of Michigan or paying full tuition to go to Harvard Law School.


I would like to start out in a large firm doing transactional law in the New York market.

What do you think the best long-term decision will be for me in this case? 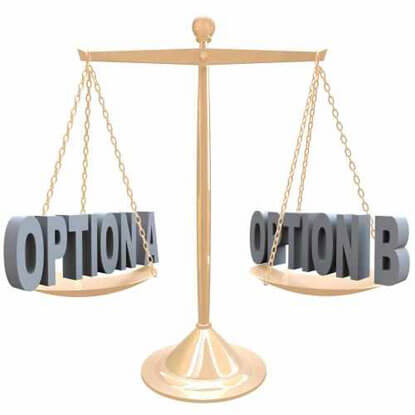 At first glance I thought that your question would not be a good one to choose for the column since I hardly see a tremendous problem in choosing between two great law schools. But then I read it again and realized that there are a number of issues at play here.

I know that I will receive email from readers who will say "Poor thing. We all should have such terrible problems. Why are you wasting your time on this question?" However, there are many people in the same situation in which you find yourself. Perhaps not between two highly ranked schools, but between one school that offers full tuition and another that gives no help with tuition but offers other options that make it highly desirable.

Let's make one thing clear from the beginning. You can't lose by going to either of these law schools. They are both ranked in the top ten of the first tier (Harvard is #3 and Michigan is #7 according to the newest report by U.S. News and World Report). All of the big New York law firms interview at both of these schools. So, the bottom line is that you are in a win-win situation.

If you have read some of my past columns, you would know I always recommend that you attend the law school with the highest ranking. Based then on my past advice, it would seem to be abundantly clear that I think you should go to Harvard. However, there are some mitigating factors here that make me think twice about my usual advice.

The first question I must ask you concerns your financial standing. Can you afford to go to Harvard without any financial aid whatsoever? Obviously you will be able to secure student loans for both school and living expenses, but there are many more expenses that will come into play over the next three years and you want to be certain that you will be able to afford them. And are you prepared to graduate law school with the burden of a $200K+ loan to repay? Even though you will be receiving a more than decent starting salary if you are at a major New York law firm, living in New York is not inexpensive. And those loan payments will be staring at you each month for many years to come.

On the other hand, a full scholarship at a top ten school certainly takes a lot of pressure off your shoulders. No loans to pay back means that you will start your career debt-free (at least from law school loans, that is). And after all, it is a top ten school. Granted, originally being from Michigan, I have a certain bias toward that law school, but no matter where you are from, there is no denying that it is a great school.

Since you are interested in a major New York law firm as your first employer, you will be in good shape for on-campus interviewing at both schools. All of the major law firms interview at both schools. And as you will be starting out at a major firm, should you want to make a lateral move down the road, either law school will allow you to be viewed as a viable candidate.

What I see as the biggest difference between the two schools will depend on how well you do at the end of your first year and later, upon graduation. If you are in the top 10 percent at either school, law review, Order of the Coif, and any other elite honors, you will be welcome at just about any firm you might desire. However, if you are in the top 25 percent at Michigan, you might not have quite as many choices in New York as if you were in the top 25 percent at Harvard. Ultimately, and as I have preached for years, your transcript will be the determining factor as to where you will practice.

The firms that have certain cutoff marks for grade points tend to be a bit more lenient with a grad from Harvard than from Michigan. It isn't much of a difference, but a point or two might end your candidacy at a firm that you were counting on.

There is one more factor, and that is the Ivy brotherhood. There is something about saying you went to Harvard Law School that just can't be beat. It opens doors for you that perhaps might not be available to non-Ivy grads. Clients might be more inclined to gravitate to a Harvard grad simply because of all the name implies.

If you were considering a career in the state of Michigan, I would not hesitate to tell you to accept the University of Michigan on the spot. However, since you are set on working in New York, I would lean toward the higher ranked school, but only if you are prepared to accept the financial burdens that come along with the prestige.

Ultimately it really doesn't matter which school you choose. Both are among the best of the best and are respected throughout the world. What really will determine your future is what your transcript looks like at the end of those three years in law school. Please let us know your decision.

Summary: My options are between a full tuition scholarship at the University of Michigan or paying full tuition to go to Harvard Law School. Which should I choose?

Is It Worth It to Go to Law School in Lieu of an MBA Program?

How Can I Find a Job When I Didn't Graduate at the Top of My Class?

Do I Need to Submit my Transcript When Applying for Jobs Years After Law School?

Do Grades Matter If You Have Good Litigation Experience?

Thanks for helping me land a good job. Your LawCrossing website is terrific!
Ronald