Yale Law School's Sharon C. BrooksThe Top 10 Law Schools That Can Graduate You to a Big Law Firm JobVirginia Law School Offers Best Quality of Life – Princeton ReviewCenter for Career and Professional Development at Pace Law
< Back To All Articles

Share
Tweet
Linkedin
1174 Views
( 119 votes, average: 4.5 out of 5)
What do you think about this article? Rate it using the stars above and let us know what you think in the comments below. 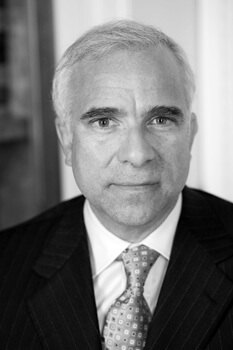 Steven and Linda Pittleman, Esq., are the founders of Pittleman & Associates, one of the oldest attorney placement firms in New York City. They met while students at NYU School of Law, married soon after graduating, and have spent the last 25 years building a firm that now regularly places attorneys at some of the most blue chip names in corporate America, including Fortune 500 companies, investment banks and funds, and unique law firm environments. They have placed nationally and internationally, everywhere from Paris to Tokyo, particularly for multi-national corporations and global law firms.


Steve and Linda initially bonded in law school over their mutual love for the performing arts. When asked about his favorite memory from law school, Steve's answer came easily: "Going to law school in New York, we had an exceptionally creative group of scholars and so the law school show became an important outlet for many of us. Because I had been trained at Carnegie Mellon and directed professionally before law school, I was selected to direct the show, which was written by a classmate who had studied at Yale Drama, choreographed by an exceptional dancer/choreographer and starring classmates, many of whom, including Linda, went on to sing professionally or produce Broadway shows and hit movies. I also married my leading lady, who is my partner in our recruiting firm, so it clearly constitutes the top memory."

After graduating from law school, Steve began his legal career as an entertainment attorney at Proskauer Rose. From there, he moved in-house as film counsel for United Artists. That job change proved to be an eye-opening experience and ultimately led him to building a career in legal recruiting: "It was clear that the placement offices, even at top law schools, offered very little guidance for any jobs other than at large law firms. I therefore wanted to create a firm that could help attorneys navigate careers into corporations, business and lesser known specialties and firms."

Linda took quite a different route to recruiting. With her JD in hand, she put the law on hold to sing professionally, including at New York clubs such as the Bitter End and Studio 54. She returned to legal practice with an appellate clerkship and then litigated commercial and employment law in private practice. Her recruiter for that job move was none other than Steve, and she received her first taste of what a quality recruiter can offer: "Steve had a great suggestion beyond the obvious choices - in order to fast track my professional growth, given that I had delayed beginning practice, he led me to a top tier boutique law firm where I could receive more hands on responsibility from day one."

While Steve continued to build what quickly became an industry-leading attorney placement business, Linda continued her legal practice and then took some time off to have their three children. She was also elected twice to the Board of Education, serving as its Vice Chairman. When the time came for her to consider returning to the law, Linda decided instead to join forces with Steve in recruiting. "I could see the satisfaction that Steve was taking in his work, I had experienced firsthand how gifted he is at it and, like him, I wanted to take my legal training to a role where I could enjoy more direct impact." Indeed, Steve notes: "To help someone get a job in the sports league, TV network, investment bank or law firm of their dreams, especially when they thought it was beyond their reach, is a real treat. People spend so much time in their workplace, a major improvement affects not only their day-to-day happiness, but also impacts their family and life outside the workplace."

Their varied experiences have proven to be a huge advantage as the Pittlemans' business has matured: Steve believes that "having practiced in-house and in big firm private practice and worked in business before starting as a legal recruiter has been hugely beneficial." Linda adds that having worked in government as well as small firm private practice, and having taken time from the expected path for child rearing and performing gives her "a very helpful perspective on the issues and choices many other attorneys are facing as they as they consider how to utilize their legal training and experience in light of other priorities in life." 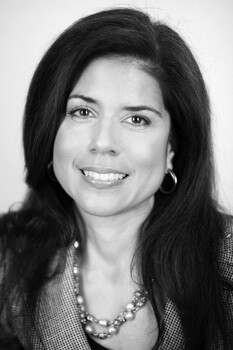 Having met with thousands of candidates over the course of his long career in recruiting, Steve has a clear view of what it takes to provide them with the best service: "Experience, effort and empathy. Like many former attorneys who have become recruiters, I came into the business believing that I knew a lot about what lawyers want and what the environments at my friends' law firms were like. I have learned over the past 25 years in the business that it takes a long time to get a broad enough perspective to really understand the advantages and disadvantages of each workplace and how those qualities work for different people. Also, having seen how different choices play out is key to being able to develop reliable counsel."

"It also takes much more effort than I realized. There are a lot of qualified candidates for any desirable role and so even the best candidates need strong advocacy. To advocate effectively, a good recruiter must be able to determine the candidates' unique strengths and convey those to the employer clearly and efficiently. Having met so many candidates over 25 years, we are able to offer our clients an unusually broad perspective."

"Finally, without genuine empathy for the candidates' and the employers' needs, you do not generate the type of repeat and referral business that builds a continually expanding client base of desirable employers and sought after candidates."

On the client side, Pittleman & Associates is particularly known for its extensive track record placing with top corporations in entertainment, financial services, sports and other highly sought after industries. Indeed, Linda has put her focus over the years to developing and servicing in-house client relationships. This proved challenging at first, as "it takes tremendous time, persistence and responsiveness to build a relationship of trust with the representatives of highly successful companies who have so much at stake with each attorney that they hire." A flexible yet diligent approach is also critical: "As in any process with many decision makers, the process can change course or become derailed very easily. It is only through consistent and thoughtful follow-up that a placement can happen, regardless of the qualifications of the candidate."

Both Linda and Steve agree that their greatest strength in the recruiting business is honesty: "No workplace and no candidate is perfect, but by presenting an accurate, honest picture, everyone can make the choices that are best for them. A close second would be knowledge." Said Linda, "The most important thing that I have learned as a recruiter is that I cannot know enough about a candidate or a job, because the more information I have, the better match I can make. I look for an environment in which the attorney's personality and interests are in sync with the corporate culture."

Finally, the Pittlemans are often asked: How is it working with your spouse? Linda noted "We have always been happiest sharing all aspects of life - when we had separate careers we each knew every detail of what the other was doing, so it's actually simpler and far more enjoyable to be working together toward the same goals." Steve heartily agreed and added: "It is actually a very natural extension of our home life because we think of every candidate as another one of our kids--and we are pretty obsessed with our kids."

Attorney looking for a change in New York City can visit this page for the latest openings.

The site has good search options of including practice areas and location for searching jobs.
Ian

LawCrossing Fact #85: Because very few people know about many of the jobs on LawCrossing, users who sign up will be one step closer to finding their dream jobs.