Share
Tweet
Linkedin
99 Views
( 15 votes, average: 5 out of 5)
What do you think about this article? Rate it using the stars above and let us know what you think in the comments below. 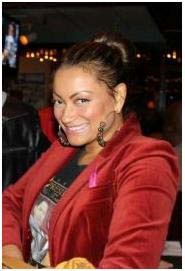 I became a GA because I had a personal preference to assist the public sector versus the private sector.

The best part of working as a GA was financial stability and the diverse population of people, both professionally and personally, that you encounter on a day-to-day basis. There is a sense of contributing to your community that makes the job worth it!

The worst part of working as a GA was the growing lack of financial stability, the changes in a Governmental Administration which may negatively affect your employment and limited financial growth depending on whether you are at the local, state or federal level. Often you have little or no support staff.

Be devoted to working hard with limited pay and little support staff. However, these become assets later if you seek to transition into the private sector.

A typical day as a GA begins early and ends late, however, typically no later than 6pm. Assessing your daily agenda which likely changes daily. Attending meetings, in addition to your caseload is normal. Sometimes lunch is not on the agenda because of trying to balance your responsibilities.

My peers that have chosen the private sector have their own pros and cons that come with working at law firms or for corporations. They often make more money.However, the billable hours make it difficult to enjoy a quality of life. It all depends on the individual and what they desire in life.

7. What was/is your title while working in the government?

It was difficult to get both jobs due to the number and qualifications of the candidates. Numerous interviews and being patient comes with the territory.

I found a vast array of opportunities and a huge number of job listings on LawCrossing. It helped me a lot. Thanks!
Donna