Wayne Lovett: Executive Vice President, General Counsel, and Corporate Secretary of Mercury Air Group, Inc.Anticipating problems in legal career and offering advice and solutions : Susan GuindiHow women as partners make a difference in a legal firm
< Back To All Articles

Share
Tweet
Linkedin
1135 Views
( 114 votes, average: 5 out of 5)
What do you think about this article? Rate it using the stars above and let us know what you think in the comments below.
We asked attorneys and legal professionals if female attorneys are just as aggressive as male attorneys. We are not trying to stereotype gender roles, but wanted to try to break down stereotypes by asking this question. We discovered that women are just as aggressive as men, if not more aggressive in some cases, according to several attorneys and legal professionals that responded. Every response we received, except one, was from women. See what they had to say below. 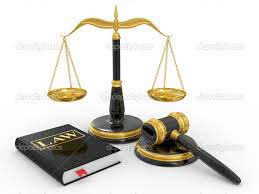 I can't comment about the differences IN the courtroom, but in the world of attorney career change/search, some of my very best, most successful women attorney clients have had the upper hand.

Where male clients are often reticent about putting themselves "out there to network and explore alternative careers, many of my female clients are chafing at the bit to learn about what else may be available for them, career-wise. Many of my male attorney clients are more concerned about how it looks to not have "all the answers" from the beginning, while their female counterparts tend to be more comfortable with the "question-asking" part of the process.

While making any generalizations about gender is dangerous, I think a key factor here may have something to do with the ability to isolate the personal from the professional. My unhappy women clients often tell me that their work frustrations spill over into their personal lives and so the motivation to move on to a new job or new career feels quite pressing. A higher percentage, although by no means all, of my male clients seem to be able to separate their unhappiness at work from the rest of their lives.

Lawternatives, Career Consulting for Lawyers Inside Outside and Around the Law


I'm graduated from USD ABA Paralegal Program August 16, 2012. I've worked at a global law firm briefly because women attorneys did not care for me. It was the mean girls club. I arrived to work early, stayed late, never complained, never gossiped, and had an awesome attitude. It was like being in high school and there was a queen bee that controlled everybody. I left after my 90 days. It was mutual. I told them I didn't want to stay.

Job two was at a boutique law firm. My supervisor was a female attorney who graduated from a third tier law school but was incredibly tech savvy. She felt I should be just as tech savvy. This created a huge problem where there were closed door meetings with the managing partner. I got along with the managing partner's wife who worked in human resources and his kids. My supervisor successfully made me look dumb.

I'm now at a firm where there are more men than women and there is no drama. Yes, female attorneys are far worse than a male attorney, at least in my experience. They are venomous and on a mission to destroy the pretty girls.


Are women attorneys as aggressive as men? Well I live in Michigan, Kent County. I have a female judge, a female GAL, and my former spouse had a female attorney. My children have been concealed from me for over 5 years. I have jumped though hoops after hoops. I started a website and have met women all over the US who have lost custody of their children and are being concealed from their children. I have met over 80 mothers who have my former Judge Patricia Gardner. (You can follow us at Victims of Judge Gardner). I have met hundreds of other non-custodial mothers who have other judges in Kent County. I started doing my own investigation and found out that custody is being sold through banks. When you meet people going through this you learn a lot. You always think it cannot happen to you. The Guardian Ad Litem (GAL) on my case is Attorney Donna Mobilia. Donna's spouse is the VP of Fifth Third Bank, Dennis Schichtel. My former spouses divorce attorney, Richard Roane, works for the law firm Warner, Norcross, and Judd. The law firm is in the Fifth Third Bank. Leave the court house and walk across the street and take out a fake business loan or a second mortgage. I believe that the parent paying for custody can also pay extra money to keep the child out of the other parent's life. A hundred years from now it will not matter what my bank account was, the sort of house I lived in, or the kind of car I drove . . . but the world may be different because I was important in the life of a non-custodial mother.


In my experience, the women are far more aggressive. It's easier to deal with men. I have seen exception to this. It's probably better not to stereotype gender roles and aggressiveness. However, if someone thinks that a female attorney will not be aggressive, they are likely to be wrong.


Yes, women attorneys can be just as aggressive as men. It's more about how you carry yourself, present yourself in a courtroom and demand respect than it is about your gender.

LawCrossing is extremely useful for legal professionals, and job seekers in the field of law. Amazing website!
Nadine