Related Articles
Career Overview: LawWhat the Job of a Legal Assistant Is Really Like

Why Choose to Be a Paralegal?

Share
Tweet
Linkedin
188 Views
( 25 votes, average: 4.9 out of 5)
What do you think about this article? Rate it using the stars above and let us know what you think in the comments below. 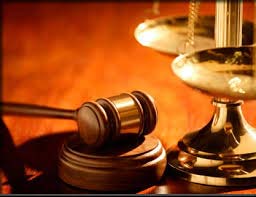 With the persistent decline in the legal market these last few years, many JD's have considered changing their plans to become law firm partners and have gone on to successful careers as paralegals. In fact, while the demand for lawyers has shrunk these recently, the demand for paralegals has only grown, with a sizeable increase in wage each year.

This cross-trending of the two careers shows how one compensates for the other. Though fewer people can afford lawyers, certain legal work still needs to get done. As much of it as possible will be assigned to paralegals to perform, as they bill less.


So what is a paralegal? What is the job description, and what sort of person does best under it? As with nurses for doctors, paralegals are assistants to lawyers. But unlike nurses, the profession of paralegal work is mostly unregulated (with some exceptions, as in Ontario in Canada). Ultimately, the services a paralegal performs are the responsibility of the lawyer he or she works for. That being the case, there are five specific acts a lawyer can do that a paralegal can't: administer legal advice, sign legal documents on other's behalf, appear in court on other's behalf, charge for legal services, and create an attorney-client relationship.

A paralegal is not a lawyer and cannot do the work of a lawyer. Though paralegals are sometimes called upon to draft forms, applications, and such legal documents as are issued in Bankruptcy, Custody, Divorce, Paternity, Modification of Child Support, Name Change, Wills, Power of Attorney, Quit Claim Deeds, etc., they are not legally responsible for these contracts; only the people who sign the contracts are responsible; they cannot be sued for legal malpractice in this regard.

And so a paralegal can act as a court form provider. This differentiates a paralegal from a legal secretary. A secretary need not have any working knowledge of legal term and principles. Paralegals do. Most paralegals have at least an associate's degree to be a paralegal, though some programs are four-year programs. Such an education is not necessary to be a paralegal: work-experience can also qualify a paralegal to be hired.

Paralegals are not officers of the court. Just as doctor work requires creative contact with the client, and with creativity, the responsibility to own creative decisions, so lawyers are called in for that creative decision making work. Paralegals, on the other hand, do the muscle work. They do the homework, or the research necessary for a lawyer to make his case. This is why a paralegal must have a knowledge of legal concepts. He is expected to give a lawyer the research appropriate to his work, something a secretary uneducated in legalese might not be able to do.

Being a paralegal is therefore a dependent role. A paralegal works under a lawyer, there are no "independent paralegals." While this might sound less glorious than being a lawyer to some people, other people thrive in an environment where less legal responsibility is put on their decisions, and they can do more of the careful and exacting work of finding the documents and sources necessary to fill out a case. Writing skills and research skills are primary. The paralegal does legal writing and research -- homework -- and some people thrive in such a job. The added professionalism of the paralegal makes them more useful than a standard secretary, who may organize and index legal documents, but is unable to draft them.

A paralegal is made through experience, skills, education and certificates, but as far as certificates go, there are no official certifications for being a paralegal, though a few unofficial programs can give you certification, which might impress some employers. The Paralegal Advanced Competency Exam is non-accredited, but may impress potential employers. The agency that makes this exam is seeking to impose legitimacy without the necessary authority to do so. Aside from grabbing such certification, a paralegal may consider further legal education to match their skills to the needs of the firm they work at. A lot of paralegals work on niche work, requiring specialized training.

Given that being a paralegal is a little more homework and a little less adventure than required by certain kinds of lawyers, it pays quite well for itself, with starting salaries in smaller metropolitan areas at $44,000, with larger firms beginning at around $50,000 with advancements on to upwards of over $100,000, and the federal government offering the highest opening wage around $73,000.

As more and more companies and individuals want to spend less and less on lawyers, paralegals act as compensation, doing the sort of work that will reduce lawyer's billable hours. They can do substantial and procedural tasks secretaries cannot, but for which a lawyer can no longer sign.

50,000 students are enrolled in paralegal education courses right now, and sometimes overqualified JDs who have had poor luck finding their ideal work consider joining this alternate market. While the legal market went into the recession with the rest of the country in 2008, seeing less recovery than the rest of the country, the paralegal profession has continually grown the whole time.

With the number of paralegal jobs expecting to grow much faster than other jobs through 2018, becoming a paralegal has never been smarter. Until 2016, paralegal jobs are anticipated to increase by 86 percent and will see an increase of 15 percent salaries -- ten times more than the average profession.

With paralegals making a median salary of $33,810 out of school, according to the Occupational Handbook, up to about $40,000 after five years, the paralegal profession will for a long time be a smart alternative to lawyering. For those hired into the federal government right off the bat, they'll make $45,917.

Since so many paralegals work niche work, they should consider what specialized education to get into. Litigation and appeals and mergers and acquisitions pay the best, with salaries starting at $41,000, compared to family law and trust and estates at $35,629.

Furthermore, 85 percent of paralegals received full benefits last year. Since the salary of paralegals continues to grow at a rate higher than most professions -- it leapt from $23,782 to $33,028 between 1989 and 1997 -- the career is by no means a dead end, but leaves room for raises, as well as specializing in niche work to keep things interesting. The career sees a pay increase averaging $1,700 a year, according the National Association of Legal Assistants. With a bachelor degree, working in a large city, or for the federal government, it is not uncommon to find paralegals netting as much as $60,000 a year.

Location matters, however; with the median salary at $47,000, and $40,000 in Georgia, location offers wide variations in income.

Part of living is making a living, and another consideration is not just how much it makes and how many jobs there are, but whether you will enjoy spending your days doing this. If you enjoy the prospect of data management, making summaries of legal documents and searching for legal precedents, preparing drafts of legal documents, and vetting legal forms for semantic accuracy -- which all requires a meticulous and outstanding focus on details - then this profession may be for you.

Something of an accountant's love for facts and figures is required, or a nurse's love for exact administration. Writing finesse helps, as well as great communication skills for interviewing witnesses and raking through documents.

Considering what a slump the legal market is in, and that it requires more education than a paralegal, one possible career course that might make sense for many is to become a paralegal, build some experience from working on cases with professional lawyers, and then eventually moving on to becoming a lawyer. Such a strategy will leave one less jilted than are a certain set of JDs who are nine-months out of the legal profession, only half of which are employed in anything related to their degree.

For somebody who loves meticulous work, careful study, the ferreting of facts, the dusty musk of library book shelves, and the austere simplicity of a database, such a career makes sense, and could be rewarding, not just financially, but also spiritually. Certainly it is a savvy choice at this time in our economy.

Very informative site! This site was super helpful and helped me find me my current full time job! Thank you!
Jeff

LawCrossing Fact #137: Without you, our job board is pointless. Tell us what you want the site to do for you, and we’ll do our best to make it possible!