A Short History of Women in the Law

Share
Tweet
Linkedin
2187 Views
( 221 votes, average: 5 out of 5)
What do you think about this article? Rate it using the stars above and let us know what you think in the comments below.
Understanding women's current status in the law requires some historical perspective. Women are not mentioned in the Constitution. Throughout most of the nineteenth century, women were legally classified with children and thus barred from such rights of full, adult citizenship as owning property, entering into contracts, and suing in their own names. Women could not vote until 1920. When the modern women's movement began in the early 1960s, women were still legally barred from many occupations and jury service, denied equal pay for equal work, denied equal fringe benefits, fired when they became pregnant, denied credit, and denied reproductive choice. Rape victims were cross- examined on every aspect of their sex lives, and convictions were rare. The terms "domestic violence" and "sexual harassment" had yet to be invented, much less made grounds for legal redress. It was not until 1971 that the U.S. Supreme Court used the Equal Protection Clause of the Fourteenth Amendment to strike down a sexually discriminatory statute. Women today still have no constitutional guarantee of equality under law. 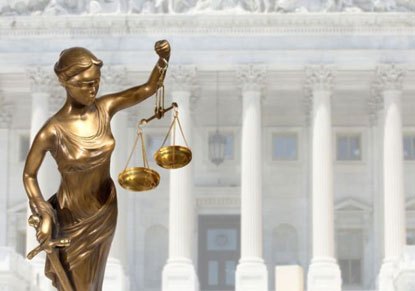 Women's second-class status under the law was reflected in their status in the law. Law was the last profession to admit women in more than token numbers. It was not until the mid-1970s that the percentage of women in law school and practice reached double digits. Eighty percent of women practicing law in 1988 entered the profession after 1970.

Why was the law so resistant to women practitioners? Karen Berger Morello wrote in her 1987 history of women in the legal profession, The Invisible Bar (pp. x-xi): The reasons for the resistance to women in the law can never be fully explained, but it is likely that it has to do with the law's close relationship to power in our society. . . . [W]hile entry into the medical profession might be justified as a natural extension of women's nurturing role, the law was clearly an all-male domain, closest to the center of power that was not to be invaded or changed by females.

The resistance to women in the profession was not a passive failure to welcome them with open arms, but an active effort to keep them out. In 1873, the U.S. Supreme Court denied a woman a license to practice law on the grounds that God and nature intended women for the domestic sphere and only men for the occupations of civil life. Law schools first refused to admit women (Harvard held out until 1950), then kept the number admitted artificially low by admitting a far smaller percentage of qualified women than men.

At law school, women were regularly accused of taking men's places just to get husbands and ignored in class except for the infamous "Ladies' Days," when only women students were called on, to discuss sexual assault cases or read poems. Female faculty role models were virtually nonexistent. In 1950, there were five women on tenure tracks at approved law schools. Four decades later, in 1987, the national average for tenured female law faculty was 11 percent for classroom faculty and 14 percent for clinical faculty. Women never constituted more than 10 percent of law students until 1973, when the need to fill law school seats during the Vietnam War and Title IX of the Education Amendments of 1972 barring sex discrimination in schools receiving federal funds really opened law schools to women.

Obtaining employment after law school was extraordinarily difficult, no matter how brilliant a woman's record. Many law firms and judges would not even interview women. After graduating third in her Stanford class in 1952, Supreme Court justice Sandra Day O'Connor was offered a job as legal secretary by one of San Francisco's leading firms. When D.C. Circuit Court of Appeals Judge Ruth Bader Ginsburg graduated first in her class from Columbia in 1959, she could not obtain a clerkship with the Second Circuit Court of Appeals in New York. The few firms that actually hired women in the fifties and sixties expected them to do trusts and estates work and stay in the library. Women did not go to court and had no client contact. Most women lawyers turned to government service, but only on the civil side. Federal and state prosecutors made it clear that they would have no women on their teams. The only area of criminal law open to women was legal services for the indigent, where the pay was (and is) very low. The few women in private practice had to content themselves with the one area of the law thought to be appropriate for them: family and juveniles - the "domestic sphere" of the law.

The organized bar, too, organized to keep women out. The American Bar Association, for example, refused to admit women until 1935. Even after admitting women to membership and profiting from their dues, many bar associations denied women any visible participation on committees or as officers.

The judiciary, that most obvious seat and symbol of power, was totally off-limits. Although Iowa in 1869 was the first state to admit a woman to practice, it was another 114 years before Iowa had a woman judge. By 1991, women constituted about 10 percent of federal and state judges. Although one woman had been appointed to the U.S. Supreme Court in 1981, seventeen states have never had a woman on their highest court and twenty-one state supreme courts currently lack a woman member.

Women made up only 4 percent of the legal profession in 1970 (11,000) and only 21 percent in 1991. An American Bar Association survey revealed that as late as 1983, 65 percent of male attorneys had no female colleagues. The fact that the vast majority of today's attorneys and judges are white men who went through law school and most of their professional lives with no women peers and no opportunity to relate to women as working friends puts into context the perspective of these men and their attitudes toward the women now beginning to become a presence in the legal profession.

As the percentage of women lawyers began to increase in the mid-1970s, questions were raised about whether the law would change women or women would change the law. There is no question that women lawyers changed the law in the sense of reforming sex discrimination statutes, utilizing remedial statutes for women clients' benefit, and bringing national attention to the issue of gender bias in the courts as it affects both litigants and lawyers. Studies ranging from Cynthia Epstein's comprehensive book Women in the Law (1981), exploring the problems of women trying to integrate this all-male profession during the 1970s, to a study released by the Boston Bar Association in January 1988 revealed that despite significant advances for women in a relatively short time, and whether women attempt to succeed by conforming to the male role model or creating their own, barriers remain to women's full integration into the profession.

The litigation case of displaying The Ten Commandments in Public Places
Everything You Must Know About Appellate Court Clerkships
Taking up a job as Clerkship. Tips by BCG Attorney Search

LawCrossing Fact #137: Without you, our job board is pointless. Tell us what you want the site to do for you, and we’ll do our best to make it possible!