What do you think about this article? Rate it using the stars above and let us know what you think in the comments below.
Government lawyers, as much as their colleagues in public interest jobs, are paid to practice law pro bono public. Translated from Latin, this means "for the public good." Like all law practice, however, government practice can also require the performance of work that lawyers may find morally unappealing, such as enforcing an unpopular law or defending an action that they cannot condone personally. Within boundaries, the young government lawyer may, however, have the discretion to choose which cases to press most vigorously and which to compromise. Some government positions (especially in the criminal justice system) will expose the lawyer to the seamier side of life and society. While such exposure means that the job will never be dull, and dealing with such diverse elements can lead to a certain poise and ability to deal with almost any situation, lawyers choosing to serve in such positions must be prepared to guard themselves against disillusionment and eventual burnout. While young government lawyers, like young private practitioners, will do their share of tedious and perhaps unpleasant work, government lawyers may find such work more rewarding in the knowledge that their work, in some way, contributes to the greater welfare of the public. 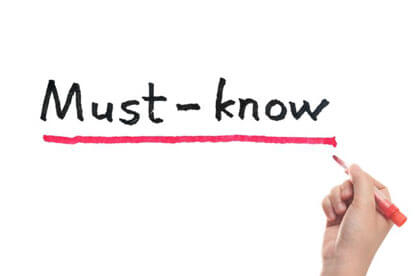 "Pssst, Your Honor, not meaning to complain, but I foresee a potential conflict of interest with my court-appointed counsel."

Some people who choose public law practice do so for more personal reasons. While, as a rule, most government attorneys carry heavy workloads, they are more or less free from the constraints of billable hour goals that govern so much of the professional lives of their colleagues in private practice, and they may really get to take vacations. While not all government lawyers go home at 5:30, most do lead a more humane lifestyle than private practitioners. A government lawyer may work several weekends before a trial, but nobody will call with a rush assignment the day before Thanksgiving. Government lawyers are also relieved of business development pressures. For lawyers in private practice, particularly with small firms, success depends largely on one's ability to network with clients and potential clients and to play the "rainmaker."

The advantage of more reasonable working hours and less pressure to develop a clientele does not come without a price. Government lawyers' salaries are generally far lower than those of their private practice counterparts. In fact, salaries may be as little as 20 to 50 percent of salaries in private practice positions in major cities. Even if the starting pay is competitive for the area where the new government lawyer works, it will probably increase on a fixed scale and peak relatively early. While the pinnacle of the corporate legal world is the corner office, in government work one may be lucky to get the corner of an office. Especially in the first few years, government lawyers may have tiny desks and may have to type. The support network on which private law firms rely is limited or nonexistent. Messengers and paralegals tend to be the exception rather than the rule.

Sometimes, because these factors may make government practice un-attractive to many top law school graduates, there may also be a loss of status associated with certain lower-level government legal jobs. However, experienced government attorneys may advance to very prestigious positions that include management responsibilities, such as section leader within a state attorney general's office or even general counsel or chief administrative law judge for an administrative agency. Others may find that even a few years of experience in a government position opens the door to more highly paid jobs in the private sector. Government law practice provides excellent training for those who can handle the extra responsibility it entails. A government law office cannot afford the luxury of providing systematic training for a new lawyer, which may be both an advantage and a disadvantage. Although big law firms may promise you excellent training, government positions generally provide more "learning by doing" earlier in your career. This is especially true for those who are interested in litigation. Good litigation skills are developed more quickly from handling many small trials by yourself (or with limited supervision) for three years than from watching a senior law firm member handle one or two cases a year for a similar amount of time. While not everyone is suited for this sink-or-swim method of training, accelerated case responsibility can bring a great deal of early and satisfying career growth. Ex-prosecutors, ex-public defenders, and former assistant attorneys general are sought out for their abilities as seasoned trial advocates.

Government jobs that do not involve trial practice may also allow more responsibility earlier than that afforded associates in large law firms. Responsibility in such positions can be coupled with the opportunity to gain expertise in a substantive area of law. For example, an attorney serving as a staff lawyer or administrative law judge for an environmental agency or public utility commission or as an attorney for the planning department of a city will gain an invaluable understanding of the law of that particular area. Needless to say, many excellent tax lawyers started with the Internal Revenue Service, and up-and-coming securities lawyers vie for jobs with the Securities and Exchange Commission. Ex-military lawyers who specialized in government contracting and procurement can find their services in demand by defense contractors and others seeking business with the federal government. This combination of early responsibility and the development of substantive expertise makes a few years spent as a government lawyer a valuable credential.

The opportunities available in government practice are widely varied and certainly hold something of interest for almost everyone. However, upon careful consideration of the advantages and disadvantages of public practice, working for the government will not appeal to everyone. Whether attorneys who choose government positions do so initially from a desire to serve the public or from a personal life-style decision, and whether they stay with the government for only a few years or make government practice a career, a special job satisfaction will come from knowing that the work performed while there contributed to the good of the public. The lawyer who can rise to the unique challenges of government practice will find rich rewards for hard work, not least of which is the superior opportunity to "do well by doing good."

Legal Career-Options In The Government Sectors

Legal Career-Options In The Government Sectors