( 4 votes, average: 3.5 out of 5)
What do you think about this article? Rate it using the stars above and let us know what you think in the comments below.
The United States federal administrative law is a set of statutes, common law, and directives issued by the Executive Office of the President that together define the powers and responsibilities of the administration of the United States government (both executive branch agencies and independent agencies). Federal government branches such as the executive, legislative, and judicial cannot always carry out their constitutional responsibilities directly. A commission, board, or agency is delegated specific powers. In areas such as commercial aviation, medical device manufacturing, and securities markets, governmental administrative bodies monitor and oversee activities. 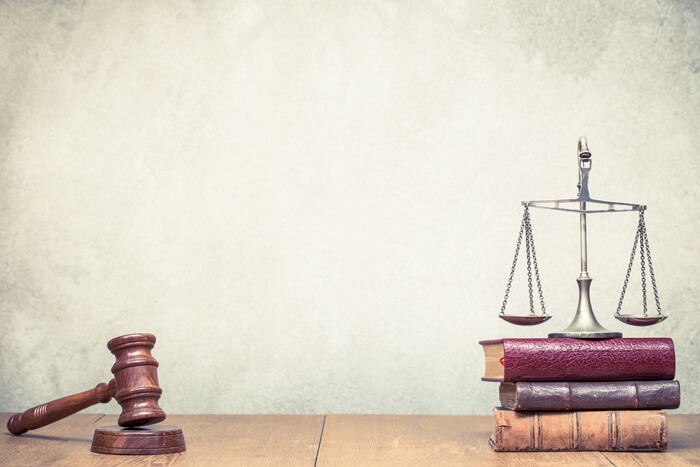 
U.S. federal agencies have the authority to adjudicate, legislate, and enforce laws within their areas of delegated authority.


Administrative law is created by Congress or state legislatures in the U.S. As well as the internal policies and procedures of government agencies, it encompasses the external pressures they face. Administrative law is a branch of public interest law. It is often called regulatory law.

Government agencies have steadily grown in number and importance in the United States over the past few decades. In addition to telecommunications, financial markets, and social issues such as discrimination, they have jurisdiction over a wide variety of economic functions. These agencies include the Department of Labor (DOL), the Federal Communications Commission (FCC), and the Securities and Exchange Commission (SEC).

A workers' compensation board is an example of an agency of the state government that can write policies and procedures governed by administrative laws. A worker who sustained a work-related injury can apply to such a board for compensation. In administrative law, the powers and responsibilities of boards are described, as are the factors that should be considered and the procedure for resolving disputes.

Administrative law must be established or amended as a result of the increasing number of regulatory agencies and layers of bureaucracy. Administrative regulations should establish the scope and limits of authority for every agency, department, or division of government. In addition to drafting, enacting, and enforcing policies that apply to industries, companies, and citizens, governments have considerable powers.


Congress creates federal agencies to carry out its laws and policies. To clarify and implement laws, agencies provide detailed rules and guidance. An agency cannot act unless Congress has delegated that authority to them, and must not exceed that authority.


Creating, amending, or repealing rules is a process used by federal agencies. Legislative statutes are implemented by federal agencies by establishing rules.  "[R]egulations issued pursuant to this authority carry the force and effect of law and can have substantial implications for policy implementation."


Section 551 of the Administrative Procedure Act gives the following definitions:

The primary administrative law statutes and other laws that govern agency rulemaking include:

Working for the Government


A private and a public administrative lawyer. Within a government agency, public attorneys work in many different disciplines. Government agencies may also contract with private attorneys rather than hire them permanently. A city council or deputy sheriff's department could benefit from legal advice from an attorney.


Working on Behalf of Private Clients


Regulations promulgated by administrative agencies are typically enforced by them. As part of this enforcement capacity, an agency may issue a variety of formal and informal adjudicative materials, such as guidance, opinions, rulings, memoranda, orders, directives, decisions, or arbitrations. Unlike federal rules, there is no single source for gaining access to all adjudicative materials, and researchers may need to review multiple resources to discover a particular document if it was indeed published and made public.

Current administrative decisions are often posted to the website of a federal agency. Other sources of administrative materials (with examples) include:

A United States Court of Appeals may hear appeals of agency rulings or orders. Many online and print resources contain case law on these issues.


What do Administrative Lawyers Do?


A lawyer who specializes in administrative law observes, evaluates, and sometimes opposes the implementation of certain legislative provisions adopted by Congress or by the state or the local legislature. Administrative lawyers make a conscientious effort to standardize and systematize how government agencies operate.


How can a new lawyer pursue his or her career? An energetic new lawyer has several options for a successful career, and more will become available as cases progress.

Is there a place here for YOU here? Yes, you can. Administrative law needs to intersect with your personality and lifestyle preferences in this diverse set of subtypes of practice. During your 40-year career as an attorney, you may find yourself in one of these seven places.


A state agency needs lawyers; elected state attorneys often hire young, bright lawyers with ambition. As a veteran campaigner, your author has seen the phenomenon of "October partisans": young lawyers wait for the potential state attorney general to show a lead in the polls before they come forward as eager volunteers before an election. It is transparently opportunistic, but it can land some of the jobs they have been looking for. Many positions in state government rotate frequently, but others, frankly, are glacial. In about a decade of state government employment, saving the pension becomes increasingly attractive. The state government may be a career "wrong turn" during a recession because the state cannot raise taxes and has an inability to maintain a balanced budget. The state economy is more stressed than the federal economy due to its inability to raise taxes. Layoffs are not uncommon at large transactional law firms but are still lower than in a recession at very large law firms.


Interested in staying close to family and doing interesting work at the same time? Many local governments, including cities, school districts, counties, townships, and special districts, have legal positions available. Administrative law is generally a sideline of smaller entities; many local prosecutor offices have civil responsibilities and provide administrative law advice to their clients. Zoning, licensing, benefits, planning controls, health restrictions, inspectional authority, interpretation of federal regulations, and so forth will all be your responsibility. Occasionally, merit selection is used for these positions. Political genetics will, in most cases, play a major role, and refers to the relationships between the applicants and the official who will approve their appointment. These so-called patronage jobs do not necessarily apply to all local government legal positions. A local selection to replace a retiring government lawyer is more likely to be the person with relationships to the affected officeholder or strong familial or friendship ties to the elected officials of that municipality.

Very few qualified candidates who live outside the city can surpass local candidates. If multiple hometown candidates meet the minimum qualifications, the closest relative may have the highest chance of being appointed. For example, local government law positions are more likely to be filled by familiar faces in bigger cities with traditions of professional selection.


How Do I Prepare?


An administrative law class is the best way to prepare for a job doing the work of an administrative lawyer. Please consider writing a paper on something you are interested in. Take any related seminars or courses that relate to the administrative process, such as securities law, environmental law, food and drug law, banking law, and other related classes. Acquire a basic understanding of administrative terminology and concepts. You can demonstrate your knowledge of the administrative process by preparing a class paper or a law review paper as a writing sample, preferably one that reflects your understanding of a controversial case on a topic of regulation or that demonstrates knowledge of the administrative process. As demonstrated by this writing sample, you have demonstrated that you understand what is being done by the administrative agencies and why their work is being closely scrutinized by the courts. Write an essay that explains a law impacting the agency. That may make your writing sample stand out. Those reviewing dozens or hundreds of applications from law students may find such a paper of great interest. The company wants someone like you on their team who can come up with creative solutions to their problems. You will however be flattered that you took the time to think deeply about the intellectual underpinnings of the work they do at the agency, regardless of their disagreement with the conclusions you reached in your paper. Your insights indicate that you will work hard to improve the work of the agency, making you an excellent candidate.

A Legal Career in Government Practice

A Legal Career in Government Practice