Phillip C. ''Otiss'' Brown Wants To Teach Law and Simplify It For Others

Share
Tweet
Linkedin
206 Views
What do you think about this article? Rate it using the stars above and let us know what you think in the comments below.
Personal Life 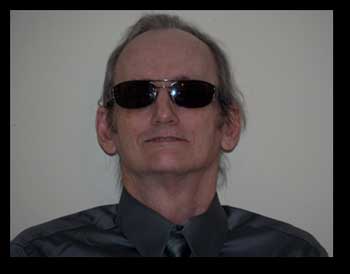 Phillip C. “Otiss” Brown is a second year law student at Taft Law School in the JDET program, a specialized Juris Doctor Degree and anticipates a December 2013 graduation. He plans are to be a Law school Professor, teach at a local college and also teach in the local High School and he hopes that would be Pelahatchie High. He also plans to assist individuals with litigation by helping individuals that desperately need Social Security, Welfare, Medicare and Medicaid and at the same time make the Law simple for the everyday person.

In 1999, Phillip endured great hardship in his life when his van rolled over in a car accident. The accident caused him to suffer a closed head injury, broken neck, impaired his vision, and left his body totally torn up. The courageous man had to learn things over and fought through Post Traumatic Stress Disorder (PTSD). With the love and care of his wife, Glinda, Philip has earned three different Paralegal diplomas, an A.S., a B.A. and is currently enrolled at Taft Law School.

Phillip was born in Natchez, Mississippi. He was raised by his mother and father. His father was a disabled World War Two veteran. Phillip had one brother. He reflected on his childhood years and said, “I had a family that was just making it, a proud father and mother that found ways to make ends meet. They made my brother and I feel loved. They found ways to get us what was needed.”

As a student, Phillip, attended Vidalia High School in Vidalia, Louisiana and was awarded the “Who's Who Among American High School Students” in 1970 and 1971. By 1972, the law student became a licensed Baptist Minister for the First Baptist Church in Vidalia. In 2000, Phillip received his first paralegal diploma in Real Estate Law from Ashworth College, located in Atlanta, Georgia. In 2001, he earned his second and third paralegal diplomas in Wills, Trusts and Probate and in Estate Management from Ashworth.

At Taft Law School, Phillip is part of the Chesamore Honor Society and Phi Alpha Theta fraternity. When he is not studying, the law student enjoys research, reading, writing, drawing and photography. His pencil drawings and others have won many awards. In 2009 and 2011, the outstanding student won the Art Slam award for submitting his art work to the de Young Museum, located in San Francisco, CA. From 2006-2009, Phillip captured the Insights award after submitting his art work to the San Francisco Arts Commission Gallery, located in City Hall, San Francisco, CA.

In the summer of 2011, Phillip became a Certified Professional Trainer (CPT). The law student also holds a Certificate of Completion for Substitute Teacher Training from Rankin County Mississippi School District. He is a substitute teacher at Pelahatchie High School. Phillip also will be teaching Native American History, English and Photography at Hinds Community College in Raymond Mississippi.

Phillip was asked why he went into the law. The law student replied, “I lost everything from bills, medical and insurance and did not want to see others go through this. I also had to fight to get disability social security and many government agencies for support and wanted to help others get through the system.” He explained that he used to own his own company in Vermont called Medic RV and Care Taking, where he and his wife where responsible for taking care of people's second or third homes. Phillip also worked on his customer's RVs. After his accident, the law student lost everything, including his business and had to fight to get disability social security. He wants to help individuals fight through this process when they need to because he experienced the same situation after his accident. The future attorney expressed that he wanted to be an advocate for the elderly and disabled.

The student shared his goals and aspirations. He stated, “Just to help others.” After Phillip graduates from Taft Law School, he plans on becoming a Law professor and teacher and at the same time to help others that are fighting disability claims and that have had their rights violated in some way. He feels that many are going through the same problems he and his wife fought through in attempting to receive Social Security, Welfare, housing, Medicare, Medicaid, education and jobs. He asserted, “It is a hard process for people to get on these programs.” Phillip also wants to take his Law Degree into the school system by teaching High school and college courses.

What are Phillip's key achievements? He said, “I am disabled from a closed head injury, at the age of 46, I had to learn many things over. I went back to school and receive all of my education. While accomplishing this, I had a stroke, heart attack, triple bypass, 6 knee operations, twice total knee replacement, 5 neck surgeries as I broke my neck in the accident, seizures, lost my home and business to bills, but went on to complete it all. I am visually impaired and to learn how to see in a different way is a challenge, but I walk through the fire of it still to this day.”

So what are Phillip's key strengths and skills that he would like to leverage upon to advance his career goals? He simple answered, “Just being determined.”

The future attorney spoke about his weaknesses. He declared, “Being disable, the weakness I have is getting upset and stressed out, because others seem to believe I and others cannot do things because of the disability.” Just recently, he ran into the problem of a school system not wanting him to teach high school as a substitute because he was visually impaired and he used tools of a camera and reader as accommodations. Another example of fear and lack of knowledge!

Many readers are probably wondering how Phillip handles new assignments. The second year law student proclaimed, “Every day for me is a new assignment.” He elaborated by saying being visually impaired is a new experience each day that are things to overcome. Phillip had to learn how to do many new things and how to do old things in a new way and he depends on people to go to places. He also described how he uses a camera so he can see objects. After Phillip takes a picture, he blows the image up on his computer and sees the truck or flower and because of this he feels normal.

Since Phillip has gone through so much personal strife in his life, our readers also want to know how he copes with fear. He revealed, “By facing it and walking through it, I search out knowledge for help with lots of prayer.”

Does Phillip prefer more time around people or being alone? He stated, “I fine that both is something that a lawyer and future lawyer has to master. One has to be able to do research and has to find time to think alone about cases and also has to be able to be around others to gain knowledge and experience.”

With all of Phillips's hard work and dedication, he must be a very positive individual. Where does he derive his confidence? He revealed, “From my wife, Glinda, and GOD.”

Three Whishes to Live By, Priority Outside of Work, and Stress Management Tactics

If Phillip had three wishes, what would he ask for? The exceptional student stated, “To be able to be a teacher of others, to train young people to be able to survive in this world and to help the older adults gain knowledge and work through their problems.” He also stated that he would love to be able to rewrite many of the law books and put the words and phrases into everyday simple words, just as he hopes he will be able to do for others when he graduates from Taft. He says one the major problems in Law is the words and that a simple person cannot understand the forms, paperwork and so forth and this is not necessary at all. “It would be nice to sit down with a person that has a problem and be able to show them in their language and terms the problem they are facing and just exactly what is happening.”

The law student discussed his top priority outside of work. He claimed, “Teaching others from young people to adults on how to achieve and to solve their problems. He also enjoys teaching college and students at Pelahatchie High in Pelahatchie, MS and the Rankin County Mississippi school district and also enjoys reaching, research and writing.”

Since health is a major concern for Phillip, he must have stress management tactics. He said, “I keep the stress away with eating right, meditation, prayer, a good wife, and rest.” When the law student was asked what kind of situations and people you avoid, he answered, “Since I am visually impaired and disabled and have PTSD, I have to stay away from situations and people that cause me stress.”

Phillip mentioned one legal role model he respects greatly. The student admires the Attorney Jeremy Dowerkin, who practices law in Londonderry, Vermont. Phillip looks up to Dowerkin because of the way he practices the law and helps the individual. Attorney Dowerkin is a small town, small state lawyer, but can fight and stand up to the best in any situation. Phillip said this type of attorney as Dowerkin reminds him of what justice is all about and how a lawyer should be like a minister, called into the profession. He states that he believes there are too many lawyers in the system that are there for only one reason to make money and they forget about helping people.

The student's favorite quote is “love lifted me.” Phillip said it's a song from church and also in the Bible. It can be found in Matthew 14: 29 – 31, “He was afraid and, beginning to sink, cried out, ‘Lord, save me!' Immediately Jesus reached out His hand and caught him. ‘You of little faith,' He said, ‘why did you doubt?” He wishes that people “should love others like God loves them and we need to pick others up and help them in the same way, that God does us.”

Sherry S. Johnson, Career Counselor at Mississippi College School of Law
All That You Need to Know Regarding Paralegal Training Programs

Third Year Law Student Abel M. Tsegga: From the Northwest to the Southeast

This is a great website. I got the job that I wanted.
Kelli