( 331 votes, average: 4 out of 5)
What do you think about this article? Rate it using the stars above and let us know what you think in the comments below.
As the latest NALP reports have already shown, the percentage of law graduates in jobs requiring an attorney license is the lowest since 1974, and similarly, the percentage of law graduates in non-lawyer jobs and jobs that do not require an attorney license is the highest ever. The in-house counsel remains somewhere in between – many in-house positions do not require an attorney license, and many do. Employers are keen to optimize their organizations and are not going to hire an attorney in an in-house position that can be manned by someone without an attorney license. That means in-house counsel , if present, are gaining respect and growth as people who businesses cannot do without. 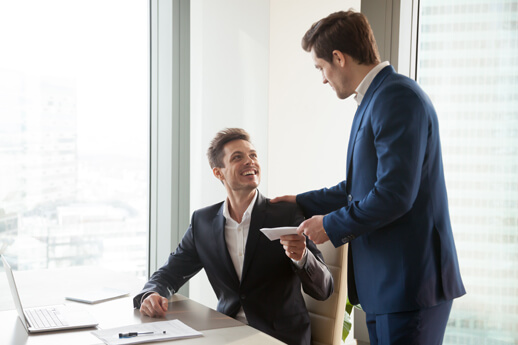 The average base salary increase among all legal department staff in 2011 was 3.3 percent according to industry reports, which is slightly better than the 2.6% increase seen in 2010. Companies are also starting to recognize that it is better to hire the best available than those who are stressed out at law firms and seeking in-house positions as an alternative. Understandably, businesses are starting to compete with law firm salaries and the traditional stereotype of an in-house lawyer with half the pay and half the work of someone is private practice is in the process of rapid demolition.

In 2011, in-house counsel, specifically general counsel had an increase of 6.1 percent in base salaries. However, the real money was not in regular salaries, but in bonuses and incentives . The average bonus increase among in-house general counsel was by 18.3 percent, proving that the compensation focus was more on performance than ever before. While salaries are already at pre-recession levels, the real growth is in cash. While total cash compensation including base salary and cash bonus increased in 2011 across all attorney levels by an average of 7.5 percent, in-house counsel experienced a 13.7 percent increase in total cash compensation with bonuses accounting for more than 40 percent of the package.

Where businesses are hiring in-house counsel, they are doing it only when they cannot do without – and that means the workload is stupefying to ordinary untrained minds. However, the length of the recession has also caused enough fingers to burn and many employers have become acutely aware that it is better to hire an attorney where one is needed. There is a mild growth in job openings for in-house counsel though companies are choosy and selective of the talent they are recruiting. With law firms going out of business every day, big businesses are once again trying to develop long-term in-house employees to handle legal work, so that company prospects do not suffer much due to insolvency of appointed law firms.

LawCrossing has received tens of thousands of attorneys jobs and has been the leading legal job board in the United States for almost two decades. LawCrossing helps attorneys dramatically improve their careers by locating every legal job opening in the market. Unlike other job sites, LawCrossing consolidates every job in the legal market and posts jobs regardless of whether or not an employer is paying. LawCrossing takes your legal career seriously and understands the legal profession. For more information, please visit www.LawCrossing.com.
( 331 votes, average: 4 out of 5)
What do you think about this article? Rate it using the stars above and let us know what you think in the comments below.