How to Become an ACLU Lawyer

Share
Tweet
Linkedin
12908 Views
What do you think about this article? Rate it using the stars above and let us know what you think in the comments below.

When you are in a place where you are thinking about finding a career that will please you both morally and ethically as well as financially, you may find that your path takes you in the direction of the ACLU. There are many responsibilities that an ACLU lawyer might undertake, but if you have a thorough understanding of the law, and if you are familiar with the ACLU's stance on the issues that it has chosen to represent, you may find that this is a position that to keep in mind. This organization is one that has done a lot of work for people who could not defend themselves, and if you find that you need more from your life than a simple paycheck, it might be time to see what practicing law for the ACLU can mean for you. 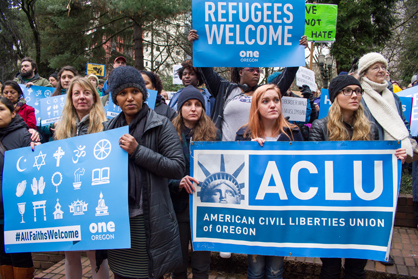 First, let's take a look at the ACLU itself. The acronym stands for the American Civil Liberties Union, and it consists of two distinct non-profit organizations, The ACLU Foundation focuses on litigation and communication, whereas the ACLU is centered on legislative lobbying. The stated mission of the ACLU is to defend and preserve individual rights and liberties that are upheld in the Constitution and by the laws of the United States, and its primary tools for doing so include litigation, legislation, and community education. In recent years, the ACLU has reported more than 500,000 members.

In many ways, the ACLU has been instrumental in the way that the Constitutional law has been upheld. It will provide legal assistance in cases where civil liberties are at risk, and even though it does not provide direct legal representation, it does submit amicus curiae briefs. Outside of the courtroom, a lawyer who works for the ACLU might also be very interested in engaging in the lobbying of elected officials and in other forms of political activism. The ACLU is specifically non-partisan, and in the past has openly criticized the actions and policies of both Democrats and Republicans. Take some time and really consider what your options are going to be when it comes becoming an ACLU lawyer.

The bulk of the ACLU's cases involve the interpretation of the First Amendment, due process, the right to privacy, and equal protection, though the organization itself has a few basic stands on a number of issues. Some of the issues that the ACLU vocally supports include full freedom of speech and press, the abolition of capital punishment, the separation of church and state, and the decriminalization of drugs like marijuana, heroin, and cocaine. It has taken a stance on medical matters including access to contraception and abortion, and it has also caused ripples through their work regarding immigrants' rights.

If you are interested in becoming an ACLU lawyer, you will find that your course will originally be very similar to that of anyone who wants to be a lawyer. After getting an undergraduate degree, ideally in something like pre-law, political science, or history, you will need to take the LSAT, the Law School Admissions Test. These scores will determine your acceptance into a good law school, and while some people prefer to take the exam right away, other people prefer to wait a year so they can prepare. After law school comes the bar exam, which needs to be taken in the state in which you intend to practice.

To become a lawyer for the ACLU, you do not need to have a private practice or to be an associate of the law firm. In most cases, the ACLU operates on the goodwill of volunteers. A supplemental income is important, and you will find that there are a number of different ways to divide up your time. When you feel ready, it is time to look up your local chapter of the ACLU, where you will be given an application to fill out.

Take some time and really consider what your options are going to be. Working with the ACLU might be something that is immensely rewarding for you, and if you find that you are in a place where you need more from your law practice, why not see what kind of good your talents can be to this agency?

Paralegal Opportunities in the Nonprofit Sector

The website updates me everyday with new jobs, which makes my job very easy as I have to just login and apply to the job.
MarkÂ

LawCrossing Fact #148: For only a small fee, you can access jobs from around the country.