< Back To All Articles
Share
Tweet
Linkedin
324 Views
What do you think about this article? Rate it using the stars above and let us know what you think in the comments below.
04/24/06

Firms in Wilmington are on a spree of associate salary raises. Morris, Nichols, Arsht & Tunnell LLP

is leading the way. 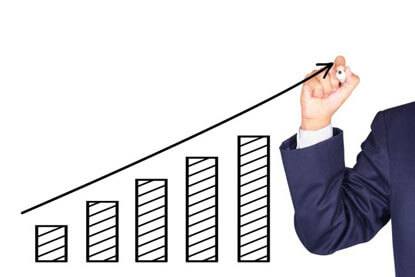 The firm, which consistently appears among the top law firms in national rankings, announced a salary hike of $10,000 for first-year associates. Annual remuneration for newcomers will move from $125,000 to $135,000. Morris Nichols also announced that it is raising salaries commensurately across the board for all its associates. Known for the significant number of cases filed and for its base of Fortune 500 clients, the firm is also recognized as a trend setter since the last wave of substantial pay hikes among Delaware-based firms had also been led by Morris Nichols back in the summer of 2004.

The same hike was announced by Young Conaway Stargatt & Taylor, LLP, on the same day. As one of the largest firms in Delaware, the firm has nearly 100 attorneys based in Wilmington.

Though no other firm has so far announced such a pay raise, Fish & Richardson, a national law firm with more than 350 lawyers, also plans to raise the starting salaries to $135,000. The firm practicing in intellectual property, litigation, and corporate law is the only firm with a truly national intellectual property practice. Not far behind, Morris, James, Hitchens & Williams LLP declared that it would increase its first-year pay to $120,000 in September.

All three of the firms paying first-years in the $135,000/year range are the highest paying firms in Delaware with a few exceptions, such as Skadden Arps, which pays its first-year associates $140,000.

The lawyers have joined the firm as a partner and counsel, respectively. The firm specializes in financing and leasing and believes that the addition will enhance the firm's ability to handle the complex aircraft financing transactions for global clients.

John has more than 25 years experience at Paul Hastings and has represented many leading participants in the U.S. aircraft finance industry. John has been recognized as a leading lawyer in the 2005 edition of Chambers USA: America's Leading Lawyers for Business (Aviation Law), Legal Media Group's Best of the Best (Worldwide-Aviation) and the 2006 edition of The Best Lawyers in America (Equipment Leasing), among others.

Warman also focuses on aircraft finance. He was with GE Capital Aviation Service, Inc., prior to joining Paul Hasting in 2003 and, prior to that, spent 23 years in private practice as a finance lawyer at two top-tier law firms. Since the late 1970s, he has been active in the development and implementation of numerous innovative financing structures from the perspectives of equity investors, operating lessors, lenders and lessees alike.

The New York office of CC now has 300 lawyers, including 60 partners.

COOL THREAD OF THE DAY
We told you guys that not all of our threads are about gross-out humor and nasty sex chat. Here is a very informative thread about how to survive the dreaded annual law firm evaluation season.

bakerstreet: We're finally getting our evaluations for 2005 in the next couple of weeks. It includes all that self-criticism shit and a plan for what I want to do this year (or what's left of it) to increase my professional abilities and that crap. This is like some silly annual ritual that, like most rituals, is totally pointless. I mean we already got our bonuses and raised based on our 2005 billables, so why do we even bother. If your work is really substandard, they will let you know, and if it doesn't improve, they will let you go. So can anybody tell me if their firm's evaluations really matter?

Lawbones: i always make sure to rat out other people at my firm during evaluations. it takes the heat off me and onto innocent others.

Rbrown: Yup. If you become substandard, that's the preferred time to give you your notice to improve (and which, coincidentally, gives the firm time to draft your walking papers.) Been there, seen it, done it. That's what it is. For the stellar performers, it's an opportunity to tell them formally they are on their way to move up.

bakerstreet: Not sure how much they can say about a junior associate being on the way up, since it'll be YEARS before he/she/it is in the running for partner. I'd rather just get realtime feedback directly from the partners who give me work.
Rbrown: senior associates get evaluated at my firm. so, it's useful between years 6-8, and if you're getting your ass tossed out of the firm. other than that, wankety-wank.

LawCrossing is great because it lets me know exactly which firms are hiring.
Alfonso T.

LawCrossing Fact #47: LawCrossing’s staff of hundreds works all day, every day, to bring users the most comprehensive collection of active jobs.