Yale Law School, Ranked #1 in the Country3 Things To Consider During Your Law School Interview
< Back To All Articles

Share
Tweet
Linkedin
28 Views
( 5 votes, average: 3.6 out of 5)
What do you think about this article? Rate it using the stars above and let us know what you think in the comments below.
Summary: It’s never good when a college student misses an exam – for any reason. It’s particularly bad when applying to law school. Here are 5 reasons why. 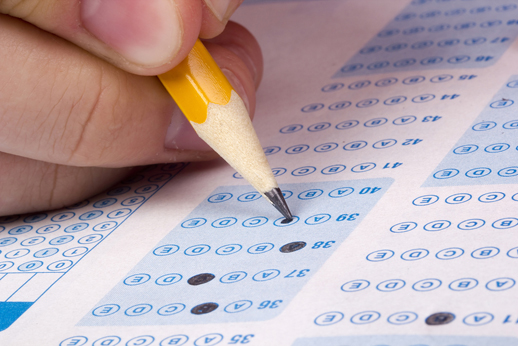 There can be no more dreaded an exam for incoming law students than the LSAT.


The LSAT determines how well prepared you are to be a law student, and in that, holds strong influence as to whether you do or do not make it into the law schools of your choosing.

But did you know that not just your LSAT grades but also the multitudes of times you take the LSAT can weigh against your law school chances?

A recent U.S. News and World Report article delved into the consequences of taking the LSAT multiple times due to a prospective law student’s withdrawal, absence, or cancelation of their LSAT exam.

According to the U.S. News and world report article What to Know About LSAT Cancellations, Withdrawals and Absences  each time a prospective law student takes the LSAT, it is reported to law schools.

What the law schools do with that information varies from institution to institution. Nonetheless, the somewhat creepy aspect of this is once law school admissions counselors have this information, they can see when you sat for the exam, including the times when you may not have even achieved a score.

That can happen if you withdrew, were absent, or canceled your exam – but what’s the difference, and how do schools see these situations differently? And why should it matter?

Did you know that LSAT takers can withdraw their registration for the LSAT up until the midnight immediately before the exam, and that if they withdraw early enough, they might be eligible for a partial refund?

So the question is why would a person withdraw from taking the LSAT?

Usually withdrawals occur when a person feels they haven’t made enough progress in their studies and is inadequately prepared to take the LSAT.

In some cases, something unexpected may have come up such as family situations like a relative’s wedding, or anything else that could alter a person’s ability to take the LSAT.

The good thing is that withdrawals are not reported to law schools, and they will never know if a person even registered for the exam.
With this known, there is no need to address withdrawals; do so in a timely manner and there’s nothing to worry about.

As you might have guessed, an absence is when you were registered for the LSAT, didn’t withdraw, and failed to show up to the exam.
Ordinarily this would be a no-no. However while absences are reported to law schools, it is unlikely that a single absence will have any impact on how the law schools evaluate you.

Law schools realize that all prospective law students have lives beyond the LSAT. In other words they understand that things happen such as car accidents, a family emergency, or anything else that can cause a person to miss the exam.

But remember, this provision is for one absence from the exam – just one.

Having more than one absence can make a law school (or schools) leery of who you are as a future student – not just of law, but of any subject. In short, the schools may feel you’re someone who can’t follow through on their commitments.

To this end, it’s probably prudent to include an addendum with your application explaining your LSAT absence even if it is unlikely your absence will count against you.

The thought behind doing this is to keep the law schools you may apply to, informed as to why you had to miss the exam as opposed to them thinking you weren’t prepared for some reason or the other.

If you miss the LSAT exam multiple times, you must absolutely include an addendum with your application that explains why you missed the exam.

With the LSAT, cancelations are much more common than absences.

In addition, cancellations are available to the taker up to a week after sitting for the test.
While a prospective law student may cancel their score for any or no reason, the most prevalent reason law schools glean is the student lacked confidence in how they did on the exam.

Much in the same way as absences, law schools are able to see cancellations on the applicant’s report. And while a single absence will more than likely have minimal impact on the applicant’s chances, more than one absence can tarnish a student’s chances toward admission simply because they can appear to be devoid of confidence or unable to handle the pressure.

As the article states, despite the temptation to cancel one’s LSAT score if you and your studies aren’t quite level with the LSAT’s expectations, you have an extremely good, verifiable reason for the cancellation to avoid any adverse effect on your exam.

Let’s be honest, there really is no good reason to cancel the scores of your LSAT exam.

Sure, there have been times when exam takers have cancelled their exam because they missed a row when bubbling in answers, which consequentially can throw an entire section’s responses out of whack.

But if you use this as a reason for canceling your LSAT score law schools may think you have poor attention to detail.

At that point it’s probably best to cut your losses and just retake the LSAT at a later date.

With all these more-or-less excuses aside, the true goal for serious future law school students is to register for the LSAT exam once, take it and never think about it again.

As the U.S. News and World Report article states, aspiring lawyers tend to overthink things, and the LSAT is no exception, due exclusively to the exam’s significance.

Just keep in mind that only a minority of prospective law students emerge from the exam feeling as if they’ve nailed it; and even those individuals find that such confidence can blow up in their faces, particularly if they scored poorly on the LSAT, and rehashing questions by talking to others will only make a prospective student spiral into a whirlpool of self-doubt.

Your best tactic is to study hard, focus yourself on the day of the LSAT, and attempt as best as you can to trust yourself and the answers you give. Do the above and you will come out of the LSAT, one of the more difficult exams of budding law school careers, with flying colors.

LawCrossing is very comprehensive. I got a job through it. It is marvellous! Thanks!
Robert