The Opt-In Project: Making the Business Case for Work-Life BalanceMaybe It Is Time to Rethink Your Strategy and Career Goals
< Back To All Articles

Share
Tweet
Linkedin
60 Views
( 10 votes, average: 5 out of 5)
What do you think about this article? Rate it using the stars above and let us know what you think in the comments below. 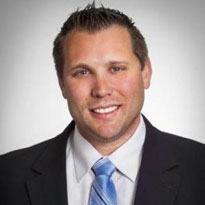 I elected employment as a government attorney for a variety of reasons. First and foremost, prior to government employment, I spent six years employed in private firms as well as a consulting firm. Each firm had the same business mantra: bill, bill, bill. These firms ranged from an AMLaw 100 firm to a mid-sized firm and a small firm. The business model was the same for each, and salary and bonus were always tied to “productivity.” I didn’t like that my supervisors could determine that I had spent too much time on a given project and trim my hours as they saw fit, especially when it resulted in the requirement to bill additional hours (sometimes, while I was still on a steep learning curve).


The second key reason I left private practice for the government was that I have a lot of outstanding student loan debt. It would have required significant (unforeseeable) pay increases to pay these loans off within a reasonable amount of time. With the Public Service Loan Forgiveness Program (PSLF), I can make income based payments, which are credited towards my balance, and the remainder will be forgiven after 120 payments. With the PSLF, there is a reasonable, foreseeable end to my student loans.

Third, through the government, I have a pension and a matching 401K (Thrift Savings Plan—TSP). The TSP is a matching (up to 5%) and the pension is 1% per annum, maxing at 30% (federal government—state retirement plans vary). The amount I pay to fund the pension is minimal (less than 5%), and it is vested after five years. There are additional retirement benefits that I won’t discuss at this time; needless to say, there is life after the government.

Finally, I was recruited by two law school friends, so a benefit I’ve received is working with friends/colleagues. While this is unique to my situation, the general atmosphere of government employment provides, in my opinion, more collegiality and greater opportunities to socialize and create lasting friendships. While in private practice, I had more frequent opportunities for happy hours, conferences, and other networking events, I always felt a penalty was attached to these events as they were not billable. With the government, I can attend conferences (and travel) during regular work hours, and I need not “recover” nonbillable time.

The work-life balance and freedom of schedule far outweigh any other benefit. I have two little girls (ages 3 and 1); I can spend time with them every night before they go to bed. I also spend weekends with them, including alternate Fridays (I work a schedule that provides every other Friday off), and I’m not thinking about work! Additionally, I’ve taken several sick days to care for my children and wife and I don’t worry about having to “make up time.” Lastly, I have the freedom to create my own schedule (4 10 hour days, alternate Fridays off or straight eight hour days), and I can modify it as needed. As an example, I’ve recently started teaching as an adjunct professor at a local college, and I was able to modify my schedule to allow me to arrive and leave early to accommodate the class schedule.

At times, the position as can be slow for me. I worked litigation prior to coming to the government, and I always had pending, immediate deadlines. With the government, I have plenty of deadlines, but they’re typically weeks to months out, and it seems that the work load is also decreased. That being the case, at times, I can find myself bored, lacking sufficient work to stay busy.

As mentioned, I obtained my government employment from two law school colleagues. I was very close with one of these colleagues since law school (we had graduated more than 5 years prior to my obtaining employment with the government), while the other I met at the first colleague’s wedding. It is critical to always network, always be prepared to discuss your career and always be prepared to accept invitations for potential employment (even at a friend’s wedding). In my case, my position was exempt from the requirement to publicly advertise. Because I was willing to discuss the opportunity with my friends ahead of the availability of the position, when my position became available, my résumé was one of the few (sounds like it was less than 10) that was collected prior to interviews. Had I been required to submit my résumé through USA Jobs, I would have been one of hundreds (I’ve seen several USA Jobs which cut off at 200 résumés) of papers on a desk.

The other key piece of advice is to ensure that you work hard in your current position to ensure that you have stellar referrals. When I was hired for my current position, it was made clear that a combination of my (now current) colleagues and former supervisors were what set me apart. In particular, one supervisor indicated that had he known I was looking for a job, he would have attempted to recruit me away to his new firm. I was subsequently informed that the statement weighed heavily in my favor and was critical to the decision to hire me.

I get in at 6:30 or 7:30 (depending on when I leave for the day) and check my email. I typically have several meetings throughout the morning/early afternoon, so I spend, on average, 2 hours a day in meetings. Between meetings, I work on a variety of projects, which can range from document review (review of documents produced by scientists or other professionals) for documents which will be publicly issued by the government to memoranda to litigation matters. I take a lunch break every day; after lunch, I respond to additional emails and get back to my projects. In addition to the daily meetings, I’m often involved in informal project discussions, seeking to resolve issues related to my assignments/projects with other professionals (authors of the papers), or I am discussing issues with attorneys who represent our regulators (EPA and Washington State’s Department of Ecology). Discussions with the regulators can range from simple conversations to solve a minor issue, such as a linguistic difference in a paper to resolving issues before and during the course of litigation.

I can’t speak to my peers, but I practiced in private practice before my employment with the government. While I enjoyed the professional challenge of private practice, I lacked the free time afforded by government employment (this is a common complaint from my peers who do not work in the government). Since I attended a bottom-tier law school, my government salary is pretty commensurate with (but typically slightly less than) my non-governmental colleagues. My salary is less than what I made in the private practice, but when consideration is given to governmental benefits, I make about the same amount as I did while chasing the billable hour. Another major difference is that I’m able to work on a variety of matters which matter, as opposed to merely taking assignments that are seemingly provided as result of being less desirable work for a supervising partner. Lastly, because I’m not chasing partnership, I don’t have to focus on pleasing a variety of decision-making partners; rather, I focus on completing quality work within my 40 hour per week work period.

LawCrossing has a very timely email reply system. It is fast, accurate and saves a lot of time. A remarkable service!
Jonathan

LawCrossing Fact #242: Our aim is to keep track of every conceivable market.