Share
Tweet
Linkedin
52 Views
( 8 votes, average: 4.9 out of 5)
What do you think about this article? Rate it using the stars above and let us know what you think in the comments below.
Summary: Learn why Howard Wayne became a government attorney, and what a typical day is like for him. 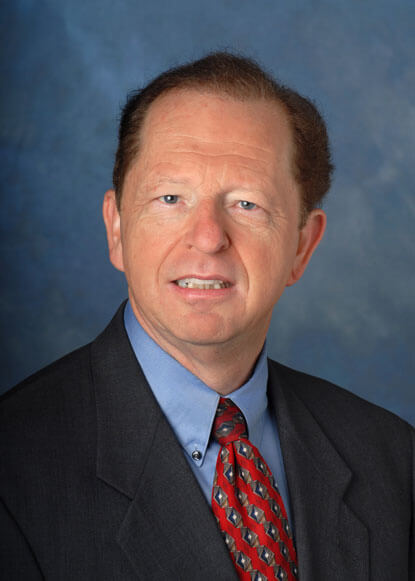 Working as a government attorney has both pros and cons, just like any other attorney. Some of the pros include more freedom over what cases they work on and often having a more stable job than some other types of attorneys. Some of the cons include a lower average salary compared to private practice attorneys and less support staff to help you than you would have in private practice. Learn more about what being a government attorney is like in this profile of Howard Wayne.

1. Why did you decide to work as a government attorney?


It started with my interest in policy. My undergraduate majors were Political Science and History. In law school the courses in which I won AmJur Book Awards were Constitutional Law, Criminal Procedure and Administrative Law (I also was a law review editor and graduated in the top ten percent of my class). Working in a government agency was the best way to satisfy my interest and to utilize my aptitude.

My first job out of law school was a one-year judicial clerkship. I learned the appellate practice and this made me a prime recruit for the Attorney General's Office. I have moved on to civil litigation, but the commitment remains the same.

First is advocating for the public interest. On the private side one is required to advance the private interest of the private client. In contrast, the public attorney's client is the public, and doing this type of work advances public policy. Second, one receives tremendous responsibility at an early stage. Nine months after joining the Attorney General's Office I was arguing in my state's supreme court - at age 25. It didn't hurt that I won the case. Third is the opportunity to affect the direction of the law. I have more than 40 published opinions to my name, and a case I won at age 30 completely changed one area of practice for the better.

My position was also a jumping off point for a foray into elective office. I served in the Legislature and authored a law that helped, and probably saved the lives of, many victims of breast cancer. I also authored laws to clean up beach waters, to extend the lifespan of our local landfill and and to reorganize our airport authority. As an attorney in the Legislature (there are fewer lawyers there than one might assume) I was appointed to the state Law Revision Commission, became its Chair, and authored an adopted amendment to our state constitution.

It was not an issue for me, but the case that will make an attorney a million dollars will never come in the door. There is no Christmas bonus or making partner. Salaries will be consistent (barring layoffs, which do happen) and increases will be incremental. Some of the benefits on the private side, such as acquiring an interest in a business in exchange for setting it up, do not exist for government lawyers. My "sabbatical" was working for three months as a Supreme Court Fellow for the National Association of Attorneys General in Washington.

4. What advice would you give to others looking to become government attorneys?

Daily life as a government attorney is surprisingly similar to any other civil litigation work. I analyze documents, draft pleadings, engage in discovery, negotiate conflicts, try cases and handle my appeals. The biggest difference is that the hours are mission-driven. One puts in the hours needed to do the job, whether that is during the work day, or nights and weekends. I spent one Christmas Eve until midnight at the office. The hours are not driven by the need to compile billable hours. As a government lawyer I keep track of and report my hours. But there is no rationale to put in Herculean amounts of hours if the tasks do not require it.

I have a good reference point for this because I've been having a monthly lunch with four of my classmates since our first year in practice. They all took other routes than me: one joined a big firm, another went in-house, a third became a solo/small firm attorney, and a fourth joined a major accounting firm. None of them are where they started. My friend who was an associate in a big firm left to become a law school professor and then an assistant dean of our law school. The in-house attorney exhausted what he could do at that business, left to form a small law firm, and is now a sole practitioner. My third friend, who started out in a small firm, is now in-house. The most unusual trajectory was the accountant. He detoured to a county agency where he learned about municipal bonds, then left to engage in the municipal bond business, and is quite successful at it. Four of us are still working.

I like LawCrossing due to it's impressive information and easy to follow process. It makes job search painless!
Don

LawCrossing Fact #51: As a serious organization, LawCrossing is dedicated to finding users their dream jobs.