( 439 votes, average: 4.7 out of 5)
What do you think about this article? Rate it using the stars above and let us know what you think in the comments below.
Summary: Patent attorney jobs are more popular than ever in many markets, but what does a patent attorney actually do? Find out in this article. 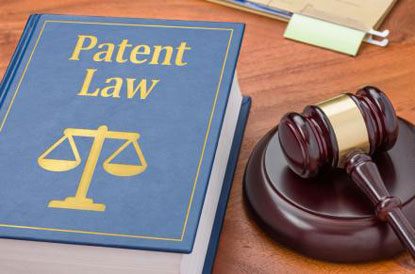 Typically, the procurement of a patent begins with the inventor describing his invention to a patent lawyer. The patent lawyer evaluates the utility, novelty and obviousness of the invention, and based on that evaluation and other business and technical considerations, advises the client as to whether a patent application should be filed on the invention. The evaluation generally consists of an in-depth investigation into the technical field involved, including study of the closest prior patents and references and a comparison with the invention to identify differences.

If the decision is made to apply for a patent, the lawyer drafts a patent application for filing in the USPTO. The typical application includes a detailed description of how the invention is made and used, accompanied by drawings, and ends with a set of claims that will ultimately define the scope of the inventor's patent rights. After the application has been filed in the USPTO, it is assigned to a patent examiner, and the issues surrounding patentability are defined. Through correspondence with the examiner, discussions in person or by telephone, and perhaps amendments to the claims, the lawyer seeks to obtain favorable final action for the applicant. If the lawyer succeeds, a patent issues on the application, conferring on the patent owner the right to exclude others from making, using and selling the invention in the U.S. for a term which is normally twenty years from the date of filing of the patent application, unless extended under certain exceptional circumstances. On the other hand, if the examiner decides that the invention is not patentable, the applicant, with the lawyer's assistance, may appeal the decision to the USPTO's Board of Appeals. If the Board's decision is unfavorable, a further appeal may be taken to the U.S. Court of Appeals for the Federal Circuit.

While the application is pending, the applicant and the lawyer may become involved in a patent interference proceeding in the USPTO. This proceeding usually involves the determination of priority of inventorship when two or more patent applications claim the same invention.

The patent lawyer may also be called upon to file corresponding patent applications in other countries, increasing the area of patent protection the patent owner may enjoy if the invention is marketed worldwide. Although the actual filing and prosecution of these foreign applications are usually handled by foreign firms, the U.S. patent lawyer must have some working knowledge of the various patent laws and procedures in the major industrial nations of the world in order to render sound advice to the client.

Commercial Development of the Invention

After the patent application issues as a patent, the patent lawyer may then be called upon to investigate and develop licensing opportunities for the patented product or process. This will usually involve drafting and negotiating license agreements that allow others to practice the invention, in exchange for appropriate compensation to the patentee.

In addition to the various tasks relating to the procurement and licensing of patents, patent lawyers are frequently called upon to advise and represent clients in related areas such as trade secret law, copyright law and trademark law. For example, they may be requested to design procedures for safeguarding and maintaining the confidential nature of trade secrets, or to draft confidentiality agreements which will allow for disclosure to outside parties without depriving the information of its status as a "secret". They may be instructed to apply for the registration of a trademark or service mark in the USPTO, and to file the necessary papers after registration to keep the registration current. They may be called upon to determine whether or not copyright protection is available for a client's work of authorship-computer software, a set of plans, the shape of a product-and to register the client's copyright claim with the U.S. Copyright Office.

Patent lawyers are also called upon to secure permission for their clients to make use of intellectual property owned by others. In so doing, the lawyer may draft and negotiate licenses for a particular patented product, trademark, or copyrighted work that the client would like to market or use.

In addition to performing the challenging work of procuring intellectual property rights for their clients, patent lawyers are frequently called upon to protect their clients' property rights against infringers or misappropriators, or to defend their clients against accusations of infringement or misappropriation. Although the litigation of such issues is often handled by law firms which specialize in such matters, in-house counsel may be called upon to provide necessary legal direction and support.

In a suit to protect intellectual property rights, the client, with the patent lawyer's help, will seek to show that the defendant has exercised a right reserved exclusively to the client by law, or that the defendant has otherwise misappropriated the client's property. The client may seek monetary compensation for the harm incurred as a result of the infringement or misappropriation and/or may seek an injunction to restrain further infringement. Remedies under the criminal law may also be available.

On the other hand, the patent lawyer defending a client against accusations of infringement or misappropriation may attack the validity of the plaintiff's claim to any exclusive rights or may attempt to disprove infringement while establishing other defenses. For example, in an infringement suit involving patents, copyrights or trademarks, the defendant's lawyer may seek to prove that the patent at issue is invalid or that the work is not copyrightable or that the trademark used by the client would not induce confusion on the part of the public with respect to the plaintiff's trademark. In trade secret misappropriation suits, the defendant's lawyer may seek to prove that the information was already known to the public.

Responsible patent lawyers view litigation as their clients' last resort, and investigate all possible methods of settlement-including licensing agreements and compensation-prior to and during any lawsuit.

( 439 votes, average: 4.7 out of 5)
What do you think about this article? Rate it using the stars above and let us know what you think in the comments below.

What Advice Do You Have if I Want to Be a Patent Agent?

What Advice Do You Have if I Want to Be a Patent Agent?