By Nabeal Twereet Follow Me on Google+
( 37 votes, average: 4 out of 5)
What do you think about this article? Rate it using the stars above and let us know what you think in the comments below. 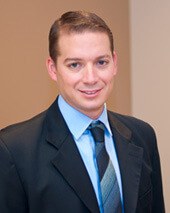 Jonathan Weinman is the co-founder of Broslavsky & Weinman, LLP. He handles a wide variety of civil litigation issues at the firm, with a particular focus on business and employment litigation. Mr. Weinman has been recognized by numerous publications as a leading Los Angeles wrongful termination attorney and Los Angeles sexual harassment attorney. While going to USC, he was able to witness the war crimes trial of Slobodan Milosevic, which opened his eyes to the law.

I asked him why he decided to focus on sexual harassment and wrongful termination matters? He stated, "These are the areas of employment law, along with discrimination matters, that still happen all too often in society."

Aside from Mr. Weinman's litigation practice, he has more than ten years of international and domestic dispute resolution training and experience, having served on many mediation panels across Southern California, including QDR Services and through the Los Angeles Superior Court, among others. What motivated him to specialize in this area? Mr. Weinman asserted:

"My time at USC studying International Relations and traveling to see how problems around the world were resolved, such as aboriginal tribunals in Australia and the International Criminal Court at The Hague, led me to focus on alternative dispute resolution. We live in a litigious society and would benefit by actually having fewer lawsuits and more informal resolutions to problems. There is always a need for litigation in certain circumstances, but many cases are brought that may not be the best use of client time and resources and will inevitably take an emotional and mental toll on those bringing the claims."

He is also the co-founder of Attorney Boot Camp, a legal education provider in Southern California. Mr. Weinman frequently writes and speaks on employment and labor law issues. Prior to co-founding Broslavsky & Weinman, he served as a senior associate at an employment and labor litigation firm in Long Beach, CA.

Mr. Weinman was born and raised in Lake Forest, California. He received his B.A., with Honors, from University of Southern California and earned his J.D. from Southwestern Law School. Mr. Weinman graduated early from USC and finished his J.D. in two years at Southwestern. He received his Certificate in Dispute Resolution from Erasmus University, Rotterdam, Netherlands. Mr. Weinman also earned his M.D.R. from Pepperdine University, Straus Institute for Dispute Resolution. He is married with two awesome sons, 6 and 4.

When he has time to read for pleasure, not just work, Mr. Weinman enjoys books about the outdoors such as Jon Krakauer's Into Thin Air and Jack London's Call of the Wild. He also really enjoys reading religious texts from all around the world.

Did Mr. Weinman receive any awards or participate in any internship that influenced his decision to go into the law? "I received several CALI Excellence for the Future Awards and a Moot Court Trial Brief award for best writer. However, it was probably my internship with Bet Tzedek that really inspired me to do the work I am doing today."

Does he have a most memorable law school experience? "Working at my internship with Bet Tzedek."

How long has Mr. Weinman been an attorney? "Almost 7 years."

Why did he decide to become an attorney? Mr. Weinman explained:

A. "I saw the impact that bad lawyers could have on people who were not sophisticated in the law and thought they were being well represented so I decided to become an attorney to help others."

B. "A key reason I became an attorney was when I was studying at The Hague in the Netherlands while at USC and had a chance to witness the war crimes trial of Slobodan Milosevic."

What is the best part of his job? "Being able to have a hands-on relationship with my clients so they are well-informed to make the best decisions possible for them."

What is Mr. Weinman known for professionally? "I have extensive training in alternative dispute resolution and have a knack for resolving disputes with creative solutions."

What are his strengths and one weakness as an attorney? "I am great at problem solving and thinking outside the box. However, my greatest weakness is that I tend to talk too much when less is sometimes more."

What area of the law is Mr. Weinman most passionate about? "Employment."

Is there an area of practice that he would like to develop further into? "Consumer fraud."

If Mr. Weinman were not a lawyer, what would he most probably be doing? "If I could do anything else in the world I would be a professional chef. I love cooking and it is cathartic to me after a long day at work."

Where does he see himself in five years' time? "Growing my practice."

What motivates him to be an attorney every day? "The gratitude and appreciation of clients who are happy that someone believed in them and took their case."

How does Mr. Weinman want to be remembered? "As a passionate advocate for my clients."

Will Mr. Weinman continue his speaking and writing engagements? "Yes, I continue to be active and offer trainings and speeches to educate others about employment law work."

Is there anything else you would like to share about yourself personally or professionally? "I love USC football, traveling, SCUBA diving and outdoor activities."