Related Articles
Louisiana Administrative, Court, and Government DirectoryConstitutional Law is Most ExcitingFew of the Subjects Taught at Law School

Navigating Law Books and Reports
< Back To All Articles

Share
Tweet
Linkedin
2492 Views
( 252 votes, average: 4.5 out of 5)
What do you think about this article? Rate it using the stars above and let us know what you think in the comments below.
Just as the differences between America and England caused their common-law systems to develop differently, each state's legal system reflects its unique features, such as its history and geography. For example, the water laws of the arid western states differ dramatically from those of states where water usually is plentiful. One of the most influential circumstances in the development of a state's legal system has been the traditions of its inhabitants. As the United States grew beyond the original thirteen colonies, it extended into areas settled by people from countries that followed the civil law system, rather than the common-law system. For example, the western states' legal systems have been influenced by the Spanish civil law tradition. 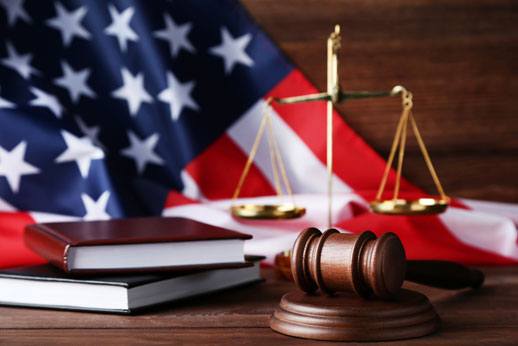 The most notable example of the civil law influence in America is the State of Louisiana. During most of the eighteenth century, the land that became Louisiana was controlled first by the French and then by the Spanish. During their periods of control, each of these civil law countries imposed their laws. Shortly after Spain transferred the land back to France, the United States acquired it as part of the Louisiana Purchase in 1803. Although the American government pressed Louisiana to adopt the common-law system, it refused to do so.

In 1808, the Louisiana legislature adopted a civil law digest, which was the basis for the Louisiana Civil Code. The digest was based on French, Spanish, and Roman sources. Although the Louisiana legal system has incorporated some elements of the common-law system, it has remained an island of civil law in the United States as a result of its early French and Spanish inhabitants.

Although the colonies' and states' legal systems were substantially influenced by their European settlers' traditions, they were largely uninfluenced by the cultures of the country's original inhabitants, the Native Americans. In an 1823 opinion, Johnson v. Mcintosh, the United States Supreme Court characterized the European settlers as conquerors of this country. The Court held that, as conquerors, they were entitled to impose their legal system on the country without regard for pre-existing rights in land or otherwise. Although Native American traditions still play an important role within Native communities, a specialized body of federal law has developed with respect to many other aspects of Native American life. In addition, Native Americans have brought suits in state and federal courts to enforce treaty, religious, and other rights.

The enormous number and complexity of the laws that must be administered by the executive branch, however, necessitate a more extensive and specialized method of administration. Therefore, a wide variety of activities now are administered by government agencies, such as the Food and Drug Administration, Environmental Protection Agency, and Veterans Administration. Agencies can exercise only those powers that have been delegated to them. Any action an agency takes beyond the scope of its delegated authority is invalid. Interestingly, even though an agency's power is wholly dependent on this delegation of authority, an agency can exercise powers that are unavailable to the legislature, executive, and judiciary. While these three branches of government can exercise only one type of power because of the separation of powers concept, agencies generally can exercise both legislative and judicial powers.

Agencies exercise their legislative power by promulgating regulations. Regulations set standards, such as pollution control standards, and otherwise govern conduct. Like other types of legislation, regulations usually are not focused on particular individuals, but rather are designed to regulate all conduct within the agency's area of authority. Before promulgating binding regulations, an agency normally conducts hearings, publishes proposed regulations for public comment, and responds to the comments. Regulations have the full force of law, though a court can invalidate them if they exceed the scope of the agency's authority or the Constitution.

An agency often also is charged with responsibility for applying its regulations to individuals. In this way, the agency is acting in a quasi-judicial capacity. The agency may adjudicate whether someone has violated a regulation and may impose a fine or other penalty. The agency also might be required to determine whether an individual has satisfied the regulatory standards to obtain a license or other type of government benefit. In exercising these functions, the agency can conduct a hearing, take evidence, and issue a decision.

State executive branches are similar to the federal model, though they differ in some ways. The chief executive officer in state government is the governor. At the local level, the title varies, but "mayor" is commonly used. As is true at the federal level, a great deal of the executive branch's responsibilities are discharged by administrative agencies. State agencies often are similar in form and in function to their federal counterparts.