Kelly Dermody Represented 64,600 Tech Employees in No-Poaching Lawsuit Against Apple, Google, Intel and Adobe
< Back To All Articles

Share
Tweet
Linkedin
2529 Views
( 256 votes, average: 4.7 out of 5)
What do you think about this article? Rate it using the stars above and let us know what you think in the comments below.
A "Force of Nature" 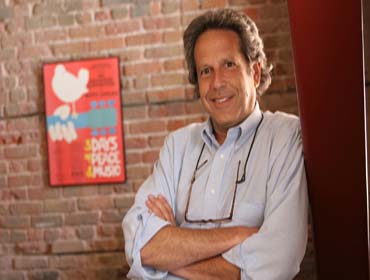 Cliff Palefsky is one of the founding partners of San Francisco's McGuinn, Hillsman & Palefsky

. He is recognized frequently in legal publications and professional surveys as one of the leading civil rights and employment attorneys in the United States. Mr. Palefsky has been described as a "force of nature" because of his involvement in numerous pieces of legislation and leading cases that have helped define the field of employment law.

In 2009, Mr. Palefsky testified before the House of Representatives Judiciary Committee on the matter of whether mandatory binding arbitration is fair to employees.

Over the years, Mr. Palefsky has been awarded several distinctions. He has been called one of the "Most Feared Lawyers" by the San Francisco Business Journal and by Human Resources Magazine. Mr. Palefsky has been listed as one of the Best Lawyers in America every year since the survey was established in 1986. In 2010, he was the recipient of the California Lawyer Magazine Attorney of the Year Award for his work as part of a litigation team that secured a 78.5 million dollar settlement, which is the largest settlement in the history of the U.S. Department of Education. Chambers USA named McGuinn, Hillsman & Palefsky as the leading plaintiff employment firm in California and described Mr. Palefsky as "the leading plaintiff side employment lawyer" in the state. The San Francisco Chronicle identified him as one of the top twenty-five attorneys in Northern California. Mr. Palefsky has also been named in the Law Dragon 500 listing on four occasions: 500 Leading Lawyers in America in 2005 and 2007; 500 Leading Litigators in America in 2006; and 500 Leading Plaintiff Lawyers in 2007.

He is well known for arguing eight cases in front of the California Supreme Court. Mr. Palefsky has been involved in several landmark and precedent setting cases, which include Rulon Miller v IBM, Gentry v Circuit City, Duffield v Robertson Stephens, Armendariz v Foundation Health Psychcare, Little v Auto Stiegler, and Foley v Interactive Data among others. He has been involved in the development of the covenant of fair dealing and good faith in the employment context and particularly in the application of the doctrine in the context of bonuses, stock options and executive compensation.

Mr. Palefsky was a founding board member of the National Employment Lawyers Association and served on its Executive Board for ten years. He served on the Executive Board of the California Employment Lawyers Association for twelve years and is currently on the organization's Advisory Board. Mr. Palefsky is also the co-chair of NELA's Mandatory Arbitration Task Force and was co-chair of the ADR, Privacy and Securities Industry Arbitration Committees.

He has been involved in both federal and state legislative activities protecting the rights of workers. Mr. Palefsky also assisted in drafting the nation's first worker privacy, drug testing and lifestyle discrimination laws, which served as models for similar legislation throughout the U.S.

He was born and raised in Brooklyn, NY. He graduated with a B.A. from State University of New York at Buffalo and earned his J.D. from Georgetown University.

What are Mr. Palefsky's practice areas? "Employment and civil rights."

When asked what area of the law he is most passionate about, he replied, "It's a privilege to be a part of the civil rights struggle. It makes going to work easy."

Why did Mr. Palefsky decide to become an attorney? "I don't remember wanting to be anything else."

On September 15, 2009, Mr. Palefsky testified before the U.S. House of Representatives, Committee on the Judiciary on the topic of "Mandatory Binding Arbitration-Is It Fair and Voluntary?" What positive outcome has occurred as a result of his testimony? The employment and civil rights attorney candidly said, "I testified a couple of times and not much has changed. Meaningful legislation probably won't come until there is change in the leadership in the U.S. House of Representatives."

In 2010, Mr. Palefsky received the California Lawyer Magazine Attorney of the Year Award for his work as part of a litigation team that obtained a 78.5 million dollar settlement. Was this one of his greatest achievements as an attorney? "No. That was about money."

Mr. Palefsky has been deeply involved in both state and federal legislative activities protecting the rights of workers. What would he like to see improved in this area? "We need federal legislation ensuring that employment arbitrations are truly voluntary."

If he weren't a lawyer, what would he most likely be doing? "I don't know what I would be doing if I wasn't a lawyer. I would still be trying to make the world a better place."

Where does Mr. Palefsky see himself in five years time? "I can't see five years in the future."

Mr. Palefsky first achieved national prominence in 1981, when he and a partner won a landmark case, Roulon-Miller v IBM. It was the first major wrongful termination verdict in the U.S. The case involved an IBM employee who lost her job for continuing her relationship with her boyfriend, a former employee who went to work for a competitor. The case is renowned since IBM had not lost an employment law jury trial before. According to the 2008 edition of Northern California Super Lawyers, Mr. Palefsky "takes pride in how the case established a precedent of privacy in the workplace. Employers could no longer intrude into their employees' lives away from the job."

What did Mr. Palefsky learn from this case? "I learned the importance of a jury trial. IBM was naked in front of the jury. I also learned that the bigger they are, the harder they fall. Jury trials are essential for our democracy."

For the past twenty-two years, Mr. Palefsky has devoted much of his time to ensuring voluntariness and fairness in employment arbitrations. He was co-counsel on one of the plaintiff bar's biggest court victories on the matter (the Ninth Circuit's 1998 decision in Duffield v. Robertson Stephens). How was this experience? Mr. Palefsky claimed, "It was a ground breaking decision, but it was unfortunately reversed eight years later."

Does Mr. Palefsky handle pro bono work? He said all eight of the cases that he argued in front of the California Supreme Court were pro bono work. Mr. Palefsky explained that all of his frequent speaking engagements nationally and his involvement with federal and state legislative activities protecting the rights of workers are pro bono.

LawCrossing is full of latest content, such as news wires about the recent legal market. The features are very impressive.
Greg

LawCrossing Fact #105: We create new ways to search for jobs. Don’t get bogged down making phone calls and sending tons of emails. We know how to search smart!