By Google+, Follow Me on
( 108 votes, average: 4.7 out of 5)
What do you think about this article? Rate it using the stars above and let us know what you think in the comments below.
Personal Life 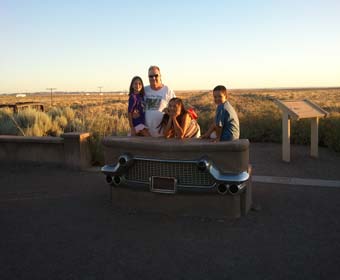 Mary and John Lungo own and manage Document Preparation Specialists, LLC, which is based in Phoenix, AZ. They are certified legal document preparers who specialize in Probate, Paternity, LLCs, Incorporations, Wills, Living Trusts, Power of Attorney, Bankruptcy documents, Divorce documents, Child Support Modification documents, and QDRO, as well as other services. Prior to founding their company, Mary served as a paralegal with the firm Ambrose and Associates located in Phoenix, AZ. John served as a director of operations for an optoelectronics company in Colorado. Mary has fourteen years' experience as a legal document preparer, and the couple has been devoted to successfully running their business in Arizona since 2003.

Mary was born and raised in Mexico and John was born in Merced, CA, and raised in Rockford, IL. Mary graduated from law school in Mexico, and although John did not graduate from college, he majored in physics. The couple has been married for sixteen years. They have three children, Sophia, Joseph and Thalia.

The road is no stranger to the Lungo family. They have traveled everywhere from Arizona to South Dakota. The family has enjoyed sightseeing at all of the major historical landmarks in Arizona. Mary and John love tending their home and office gardens, which produce cantaloupe and zucchini. The couple also enjoys reading financial and philosophy books.

They are frequent visitors of Phoenix's Duck and Decanter, a specialty food and beverage restaurant. They are also fond of Glendale's Streets of New York, a restaurant that offers gourmet, New York style pizza, pasta and subs. Both John and Mary are avid Arizona Diamondbacks fans, but John also roots for the Chicago Cubs, Bears and Blackhawks.

Mary and John's Successful Business and Tips for Paralegals

Why did Mary and John decide to become legal document preparers? Mary explained that she graduated from law school in Mexico and she began her career in the United States as a paralegal with the firm Ambrose and Associates. She said being a legal document preparer at times can be frustrating, but she finds her position very rewarding.

After John learned from Mary, he decided to change his career and opened Document Preparation Specialists with her. John claimed, "Not everyone can afford an attorney, but Mary and I will steer our clients to a proper attorney if they need one. Our customers find our service irreplaceable."

What is the best part about their job? The couple acknowledged that they enjoy working with their customers. John stated, "I like meeting with our customers. The multitude of people I meet daily is fulfilling. If I wasn't a legal document preparer, I would be running my own restaurant."

Why do they appreciate working for themselves? Mary and John emphasized that they enjoy the flexibility of their schedule. Mary asserted, "I have my own schedule. I can meet people late on Friday or Saturday. Working for someone else is not for us."

What are the legal document preparers known for professionally? The couple said they are known for their relaxed and informative demeanor. John noted, "I like the family business we have created over the past ten years. Our customers are grateful for the services we provide."

John gave his opinion about the paralegal field in Phoenix. He stated:

"It's a booming field in Phoenix. However, if individuals think they are going to get rich, it's not going to happen. But if you want a rewarding and hardworking job, individuals can succeed in Phoenix whether they are working at a law firm or running their own business. Mary is meticulous at what she does. This is not a field for lazy individuals. If a legal document preparer files documents incorrectly, they can have their license revoked."

Since Mary and John have been running their business since 2003, many readers may be wondering what advice they have for new paralegals and legal document preparers. Mary advised, "Be patient. Back in 2008, the legal field was tough. It's still tough because there are paralegals that graduate and can't find a job. You have to be patient to find the right job."

John also concurred with Mary. He said, "You have to be patient and grow your career. You also have to work hard."

When asked what they would tell students who are thinking about becoming a paralegal, Mary and John gave different opinions. John candidly admitted, "I don't know if studying to become a paralegal is a career path. Becoming a paralegal is something you pick up at a law firm, not at school. You identify with a senior paralegal or attorney."

Mary recommended, "Students should go to school and study to become a paralegal because they can learn about the legal field and can get a good job after they graduate."

Where do Mary and John see themselves in five years? The couple has been thinking about expanding their business by opening another office, since the economy is showing signs of improvement. Mary and John used to run two offices, which did well, but they decided to close one after the recession.

If they weren't legal document preparers, what would they be doing? Mary said, "I would be an anthropologist. I couldn't afford it in Mexico in 1992. There was only one anthropology school in Mexico City, but I decided to attend law school in Baja."

John replied, "I would own a bar and grill restaurant."

Why do they find their positions rewarding? John stated, "I find the work rewarding and we enjoy the service we provide for our customers. I wouldn't do it unless I enjoyed it." Mary pointed out that they have met interesting people from around the world, which includes refugees from Iraq and Vietnam. The couple also met individuals who survived concentration camps.

Is there a downside to their position? John explained, "You work long hours, as you need to be committed to your business. People who are self-employed, whether they like it or not, are on the clock 24/7. The customer always comes first."

Are Mary and John involved with volunteer activities? Although John said they are both extremely busy taking care of their three children and running their own business, he volunteers at his children's school. Mary acknowledged that they handle pro bono work for their clients who are homeless. She added, "Helping the community is very rewarding."

Do the legal document preparers have goals? Mary is planning on passing the Arizona Bar and will either work at a law firm or run her own. John claimed, "I have accomplished everything I wanted to do. All my passion is devoted to my children. I would like to motivate them to excel no matter what their talents are."

What to Expect When Working with Mary and John

"I had to file bankruptcy a few months ago. I consulted with two different bankruptcy lawyers to see how much it would cost. The first said $1000 plus expenses for a grand total of approximately $3000 and the second said $3000 total right from the start. Then one day I passed by Document Preparation Specialists on my way home and decided to stop by. They completed all of my paperwork for less than $200. I recommend Document Preparation Specialists to any one trying to save money. They are very knowledgeable and professional. They even referred me to a bankruptcy lawyer for questions that they could not answer or they were not legally allowed to answer. I was very pleased with their services."

"I was referred to Mary by a friend that had used their services in the past. My husband and I just wanted a simple divorce. No fights, no arguments over assets, just a plain vanilla divorce. I tried to do it myself but found the paperwork and process a little intimidating. Mary handled everything in a very timely manner and we completed our divorce without even having to go to court! I am so glad I found Document Preparation Specialists. Thanks, Mary."

Cheryl from Yuma, AZ, said, "Thanks Mary for a job well done. I know we asked a lot of questions, but you were patient and very reassuring throughout the process. I will recommend your services to all my friends."

*** Mary and John Lungo are not attorneys and can't give legal advice. ***