Related Articles
Where Do Legal Cases Originate?How to Write a BriefStudying LawAll about Judges and How They Run a Court

Navigating Law Books and Reports
< Back To All Articles

The Importance of Common Law

Share
Tweet
Linkedin
5163 Views
( 262 votes, average: 5 out of 5)
What do you think about this article? Rate it using the stars above and let us know what you think in the comments below.
American law has its roots in the law of England, and our legal system is known as Anglo-American law. When the colonists arrived here they came as English citizens entitled to all the rights of Englishmen. Thus, they brought with them the legal structure of that country: Its unwritten constitution, including the protections of the Magna Carta; the recognition of all un-repealed statutes of the realm; the system of trial and appellate courts; and, most important to us as law students, the legal principles enunciated and recorded in the opinions of the courts. These opinions, a great body of law much more voluminous than all the rest, form the basis of our studies. Collectively, these cases are referred to as the common law. 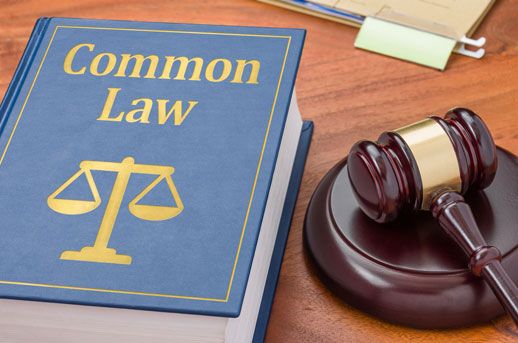 Today, we do not actually study very many of these old cases; occasionally we come across one; however, that is still a significant landmark. But there are now so many thousands of American cases to choose from that the casebook editor usually opts for cases that give a more modern flavor to the work. Our American cases are sometimes referred to as American common law.

One thing to keep in mind for when you may be writing a legal argument is that it is always proper to cite one of these old English cases, either for direct application of its principle, for use in analogical reasoning, or for historical enhancement of your position. American common law includes all of the law of England (constitutional, statutory and common) in existence immediately before July 4, 1776, when our Declaration of Independence was signed. Today, many common law principles, both English and American, have been enacted into topically organized statutes known as codes. And many states have express statutes providing that there are no common law crimes in those states.

Despite such statutory pronouncements, our courts will nevertheless look closely at common law principles and historical background in interpreting the meaning of current legislation. When I was a deputy attorney general handling prosecution appeals, I once used the common law to suggest overruling a felony conviction because the trial court result seemed unjust to me. (Many law students do not realize that the true function of a prosecuting attorney is not to try to win every case at any cost; rather, it should be only to use the law to insure that justice is enforced, totally within the limits of the system.) At early common law, it was no crime to eat a meal at an inn and not pay for it, as the supplying of food was considered a service, not something which could be the subject of theft. It was only after the Innkeepers Statute was passed by Parliament that such behavior became the crime of "defrauding an innkeeper." In my case, the defendant Fiene and two associates went into an all-night beanery, ordered steak and eggs, and tried to get out through the door adjacent to the back restroom without paying. As this was at least the second time this had happened, the suspicious chef was waiting outside with a meat cleaver.

When the three men were brought into the Municipal Court, the two associates pleaded guilty to petty theft and were each let off with twenty-five dollar fines. Unfortunately for Fiene, his record included a prior felony conviction, and as in California "petty theft with a prior" is in itself an independent felony, he was held over to answer to Superior Court. He was convicted at trial and was sentenced to a jail term.

This is what the typed decision on appeal looked like in the court file, before it was published in the reports as People v. Fiene, 226 Cal. App. 2d 305 (1964). I have included it for those of you who might wish to practice analyzing another actual case. Compare the modern usage of language by the court in this case with the archaic wording in Booth v. Merriam. Here is the rule of law to write at the top: A special statute is an exception to a general statute and takes precedence over it.

In this case, the appellate court reversed a trial court conviction for the independent felony: commission of misdemeanor petty theft by a person previously convicted of another felony (petty theft with a prior.) Since there was an existing misdemeanor statute making it a crime to defraud an innkeeper, who had the same elements as the crime of petty theft, the appellate court applied the rule above. It concluded that the Innkeeper Statute was a special statute, and determined that was what Fiene should have been originally charged with, instead of petty theft. The special statute took precedence over the general statute.

APPEAL from a judgment of the Superior Court of Los Angeles County, Joseph L. Call, and Judge. Reversed.

Prosecution for petty theft with a prior conviction of a felony. Judgment of conviction reversed.

Defendant was found guilty by the court of a violation of section 667 of the Penal Code, petty theft with a prior conviction of a felony. Probation was denied and defendant was sentenced to a county jail term. He appeals from the judgment of conviction. A resume of the facts is as follows:

On February 11, 1963 at about 3:00 A.M., defendant and two other men entered the Valley-Ho restaurant and ordered meals. After eating, defendant got up, went to the restroom for a few minutes, and then left the restaurant by the side exit. One of the two remaining men asked for and was given the check for the price of the meals. Approximately ten minutes after the defendant had left, the other two men started for the restroom, and then left by the same exit defendant had used. No one paid the check in the amount of about eight dollars. The manager saw the two men leave and followed them outside. When he yelled at them, one of the men took off running. He then saw the defendant standing behind a station wagon in the parking lot. When he shouted to some of his customers, who had emerged from the restaurant, asking that they get the police, defendant and the other man also ran off.

Two or three weeks prior to this episode a similar incident took place at the same restaurant. Defendant and the first man to run, had come in, ordered meals and left without paying for them. On that occasion, after eating, defendant went to the restroom, the other man followed shortly thereafter, and both left by the same side exit.

Defendant told an investigating police officer, who spoke to him at his home on the morning of the February 11 incident, that he had been home all night. However, he later told the same officer that he had been to the restaurant with the other two men, there had been no agreement as to who would pay; after eating he went to the restroom; he then left and walked home.

Defendant stated to another police officer that he had been drinking before he entered the restaurant; at the same time he entered he had only 25 cents on his person; the first man, who had run, Weeder, was going to pay the check. When the officer later told the defendant that he had talked with Weeder, and Weeder denied even being in the restaurant that morning, defendant said, "Well, it wasn't Weeder that was going to pay the check. Some fellow in the next booth was going to pay. I don't know who he was." Defendant then said he had never seen the man in the next booth before.

At the trial, the People introduced records showing that defendant had two prior felony convictions and that he had served state prison terms as a result of each.

We find no merit in the sole contention raised by the defendant, namely that the evidence is insufficient to sustain the verdict. The rules declared in People v. Newlarid, 15 Cal. 2d 678, require that we make such a finding. However, the attorney general, with commendable objectivity, raises a much more serious question, one which is raised for the first time in these proceedings, and, one which, we believe requires a reversal of the judgment.

The question presented is whether the existence of Penal Code section 537 (The Innkeeper Statute), making it a misdemeanor to defraud an innkeeper, prevents the superior court from acquiring jurisdiction in this matter.

Section 537 reads in part: Any person who obtains any food ... at a hotel, inn, restaurant, without paying there for, with intent to defraud the proprietor or manager thereof... is guilty of a misdemeanor." Defendant was charged with and convicted of the crime of petty theft with a prior conviction of a felony. (Pen. Code. §667.) Section 484 of the Penal Code is the general statute defining theft. The value of the property taken in the instant case was well under the $200 limit for petty theft.

The rule is well established that where a general statute, standing alone, includes the same matter as a special statute, and thus conflicts with it, the special act is to be considered as an exception to the general statute, whether it was passed before or after the general enactment. (In re Williamson, 43 Cal. 2d 651, 654; People v. Swann, 213 Cal. App. 2d 447, 449.) . . .

In the case of In re Joiner, 180 Cal. App. 2d 250, the defendant, after taking his automobile to a garage for repairs, later entered the premises of the garage after closing hours, and without permission, retook possession of the automobile. He was subsequently apprehended and charged with burglary and grand theft. The appellate court, relying on the rule stated in the case of In re Williamson, supra, held that the superior court was without subject matter jurisdiction to try the defendant because his conduct came within the provisions of a special statute, section 430 of the Vehicle Code, making it a misdemeanor for anyone by trick or device to take a vehicle held subject to a lien. (See also the recent case of People v. Swann, supra; decided by this court, wherein upon similar facts, the same rule was applied.) We feel that these cases are determinative in the instant case.

The judgment of conviction is reversed.

I like LawCrossing and the best of it was getting access to a lot of opportunities.
Collin