Bar Exams - Behind the Curtain for Law Students

Factors to Consider When Choosing a Law School

After Law School, B-School: The Rise of M.B.A.'s Among Attorneys
< Back To All Articles

Share
Tweet
Linkedin
6 Views
( 3 votes, average: 4 out of 5)
What do you think about this article? Rate it using the stars above and let us know what you think in the comments below.
As a lawyer, you may discover that the tough, competitive nature of your work can affect the very values and goals that took you into law school in the first place. Like one of those brilliant college term paper ideas that begin to look increasingly stupid as the clock approaches 3 a.m. on your deadline all nighter, you may find that your life contains some noticeable contradictions as your legal career develops. 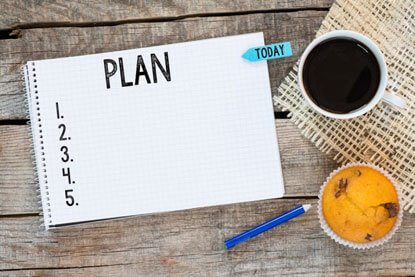 The Plan? On to a Professional Career! The Reality? They Drop Like Flies!


There are few good statistics on attrition - that is, on dropout rates - in the process of becoming a lawyer. And, of course, we can't know in advance what will happen to you. But we can estimate what goes on.

To begin with, how many people consider going to law school? We don't know. But we do know that the LSAS prints more than 700,000 copies of the LSAT application booklet each year. Some copies probably go to ambitious college sophomores who just want to fondle them. Other copies collect dust on the shelves of deans' offices. Still, with million people going to college in the U.S. each year, it seems safe to guess that at least 350,000 copies must get into the hands of people who are trying to decide, at that time, whether to take the test and go to law school.

Next, to get a nice average, let's consider the people who actually did take the LSAT during the ten-year period between June 1976 and May 1986. On average, about 112,000 exams were given during each of those years. The LSAT says that about 20 percent of those exams were repeat tries, which means that, on average, approximately 90,000 people took the exam each year.

So what has happened to those people? Let's consider a representative sample of one-ninetieth of that group, or 1,000 of the people who took the exam sometime during that ten-year period.

First off, on average, a year after taking the exam, 575 of those 1,000 people had applied to ABA approved law schools, 345 but only 460 had actually gotten in. Of the remaining 540 out of our original 1,000, some gambled on non ABA approved schools; some may have decided to get an honest job after graduation; and some probably went to med school. One little wrinkle: Note that the 460 who we say had "gotten in" to ABA schools had actually gotten in and had also survived the hair first month of law school. It is sure that others do drop out during that month, and therefore do not show up in the ABA's data, which is not compiled until Oct. 1 of each year.

The next step was to make it through law school. Combining both full- and part-time groups, the first-year survival rate at ABA approved schools was about 91.5 percent. So for every 460 people who were enrolled on Oct. 1 of their first year, only 421 were still there a year later. And then, in turn, for every 421 second-year students, another 15 (3.5 percent) dropped out during their second years, and another five (about 1 percent) in the third year, leaving 401 ABA approved law school graduates out of the original 1,000 applicants in this typical group.

The next step for these people was to take the bar exam. Not all of them did. We have known JD/MBAs and others who've decided, after graduating, that they would rather do something else. We have no idea how many people decide not to take the bar exam, but let's just suppose it's a nationwide average of 3 percent of law school graduates, which means that of our original 1,000 did take the exam.

The next big question, then, is this: How many pass the bar exam? The statistics at this point are really screwed up, but it is possible to estimate that 77 percent of the people who took the bar exam for their first time passed it. That means 330 of our group passed on their initial attempt.

How about the 23 percent (98 people) whose first stab at the exam missed? Despite the lack of useful data, one can estimate that another 41 out of our original 1,000 LSAT takers returned to the land of the living by passing the bar exam after taking it multiple times. Thus, a total of 371 were ready, at some point, to go on to the next step, of gaining admission to the practice of law in one or more jurisdictions.

Despite the lack of accurate and complete statistics directly from the bar examiners, two fairly recent studies support the general picture we have painted. Let us refer to those studies as the "Georgetown study" and "NALP Survey." Both are skewed in favor of people who liked, or excelled at, law school and/or the bar exam. Even so, they suggest that as many as 15 percent of law school graduates never pass.

There are no statistics on how many people are admitted to practice. As with the bar exam, the state bar admissions committees tell only how many admissions there were, and that double-counts the many attorneys who obtain admission to two or more jurisdictions. But using the estimate that only 0.2 percent fail to become admitted to the bar after passing the exam, we would suggest that, of our original sample of 1,000 applicants to law school, we are now dealing with a round pool of about 370 survivors (i.e., 84 percent of the 441 graduating from law school) who were admitted to the practice of law.

So what happened next? Using the class of 1988 as a representative group, the NALP Survey found that 2.3 percent (9) of our survivors peeled off into part-time legal work, leaving 361 full-time lawyers. Of these, 7 percent (25) went to the legal staffs of corporations. About 3 percent (11) went into public interest law, never to be seen again; 12 percent (43) went into government, never to be paid again; and 1 percent (4) went into law teaching, never to be understood again.

Not quite 13 percent (46) went into judicial clerkships. But that lasts for only a year, and then they're out and looking for a job again. And most ex-clerks want to work on the cutting edge of the law, which almost guarantees that they'll be going into private practice, along with more than 64 percent (232) who did that directly out of law school.

Anyway, on with the story. Allowing for a couple of the judicial clerks to do other things, we'd say we're looking at a group of about 270 young lawyers who more or less start their permanent careers in private practice.

But what does that mean? It means, based on the NALP Survey, that a half-dozen of our survivors started their own practice; groups of about 12 to 14 percent (33 to 39 each) went into the several different NALP categories of firms in the range of 11 to 100 lawyers; and the remainder, consisting of two large groups of identical size (77 lawyers each, or about 29 percent of the survivors), went in totally opposite directions. One group went to firms of 10 or fewer lawyers (which I'll call "very small"), and the other to firms of more than 100 ("very large").

Not that those two groups are identical in all ways. According to the Georgetown study, people in the top half of the class supply about three-fourths of all graduates who go to very large firms, while those in the bottom half provide about two-thirds of all lawyers who begin their careers in very small firms. And new lawyers of ages 25 to 29 constitute three-fourths of those who go to very large firms, while new lawyers aged 34 and over supply only 2 percent.

It's important to point out that life does not end for those who do not make partner at truly huge firms. Debevoise is an excellent name to have on your resume, even if you stay for only a year or two. The odds are tough, but the credential looks good.

The real point is this: If you're even vaguely thinking about partnership in a big-name firm, you might want to look at my rough estimate - that only five or 10 out of every 1,000 LSAT takers will actually make it to partnership in that kind of firm - and decide to develop a backup plan. The legal profession operates by a tough logic nowadays, and a lot of grand career plans do change along the way.

LawCrossing has excellent facilities and is very easy to use. It is the best job search engine ever.
Stacie